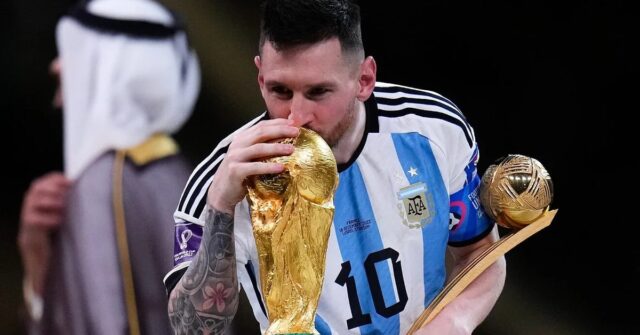 A true madness has caused Lionel Messi after being crowned champion World Cup Qatar 2022 after a tense penalty shootout against France.

The Argentine star and new world champion, holder of the ’10′ albiceleste has broken another record and this time in instagram.

On December 18, 2022, it will remain forever in the memory of ‘Leo’ and he has immortalized it by publishing a photo that already has more than 43 million likes, becoming the publication of this social network with more likes of an athlete in history.

“Thank you very much to my family, to all who support me and also to all who believed in us. We demonstrate once again that Argentines when we fight together and united we are capable of achieving what we set out to do. The merit belongs to this group, which is above individualities, it is the strength of all fighting for the same dream that was also that of all Argentines… We did it!” wrote the ’10′ of the albiceleste

Messi uploaded a photo of his victory with the World Cup in Qatar, imitating the image he left Diego Armando Maradona after his coronation in Mexico in 1986: 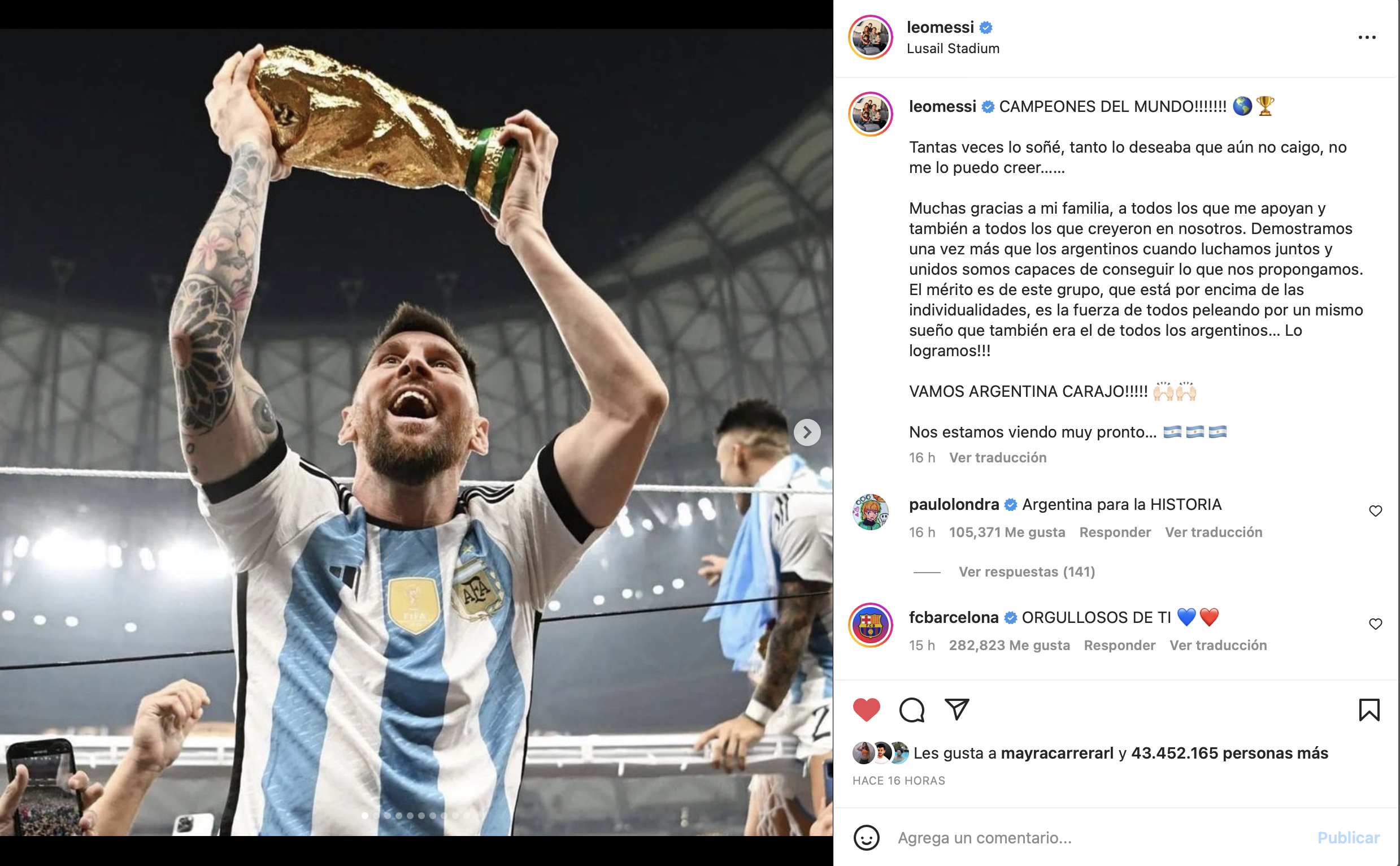 A publication that quickly became one of the posts with I like it more’ in the history of the social network, owned by Goal. This image shows more of the magical night of the Albiceleste team at the Lusail Stadium.

It must be said that this post by Lionel Messi clearly surpassed his own previous mark, when the player published a carousel with various images after beating the legendary Maracana stadium at the Brazil on the 2021 America’s Cup; as well as a photo that has 32 million ‘Likes’ starring the Argentine star and Cristiano Ronaldoin a collaboration paid for by the international brand Louis Vuitton.

Rosario is currently the first athlete in the world with the most Likes on a photo posted on Instagram. Despite the fact that Cristiano Ronaldo and his wife Georgina had exceeded 32.7 million likes when they announced that they were expecting twins, Messi surpassed them.

With over a billion active users and billions of photos uploaded, the number one most liked photo on Instagram is a egguploaded by the @world_record_egg account on January 2019. At the time of publishing this article, it has 56.2 million Likes. 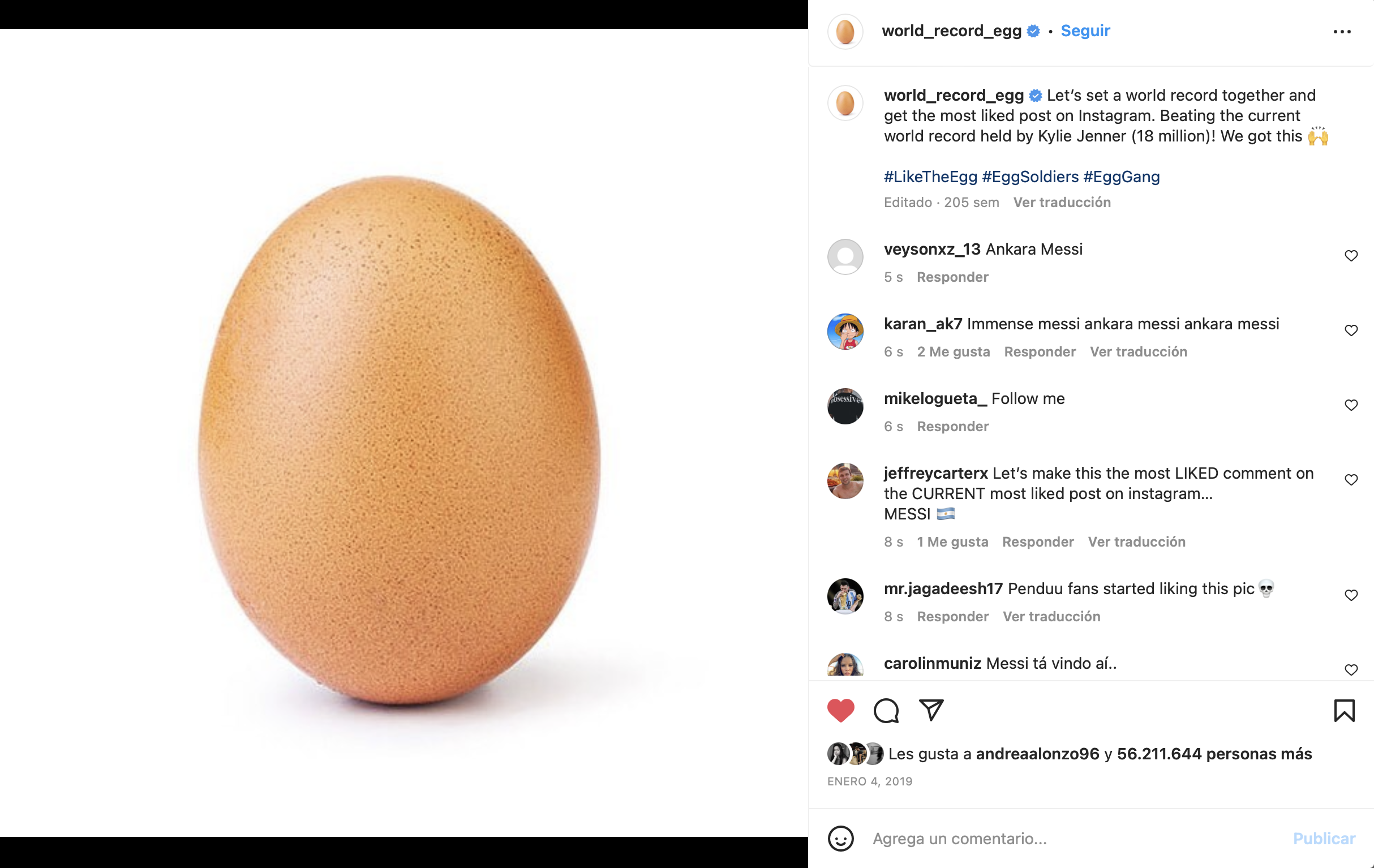 The account of @world_record_egg It was created with the sole purpose of becoming the Image with the most Likes in history. And he did it in just 9 days, but not only content with breaking the record, the image (at the time) almost tripled the second position in the ranking (a photo of Kylie Jenner).

Interestingly, this egg it was also the inspiration for a cruel meme that started soon after. In 2019, the ‘Cepeda Calvo’ meme was the boom on social media. While laughing, someone thought that if an egg had been able to break all the records for likes on Instagram, the mythical meme of bald cepeda I could get over it. This is how the @world_record_cepeda_calvo account was born, which tried to surpass the original meme, although without much success.