After the announcement of the arrival of the function of communities to the instant messaging platform WhatsApp by the CEO of Meta, mark zuckerbergin August of this year, the idea of ​​interactions between user groups within the company’s applications has reached Facebook and Messenger

As Zuckerberg indicated in a publication on his official Twitter account Facebook When communicating to users the arrival of the communities, “I think the community messaging It will take the basic protocols behind one-to-one messaging and extend it so that you can more easily communicate with groups of people to get things done together.”

Following this initiative, the manager of the technology company introduced the Community Chats function in Messengerwhich will allow users to create Facebook groups from their conversations and thus start text or voice message channels and invite others to join their new group.

According to the official statement issued by Meta, this type of conversation integrates Messenger and Facebook groups and makes it possible for community members to have conversations on specific topics that capture their interest instead of having to review the history of a conversation. looking for a specific message. 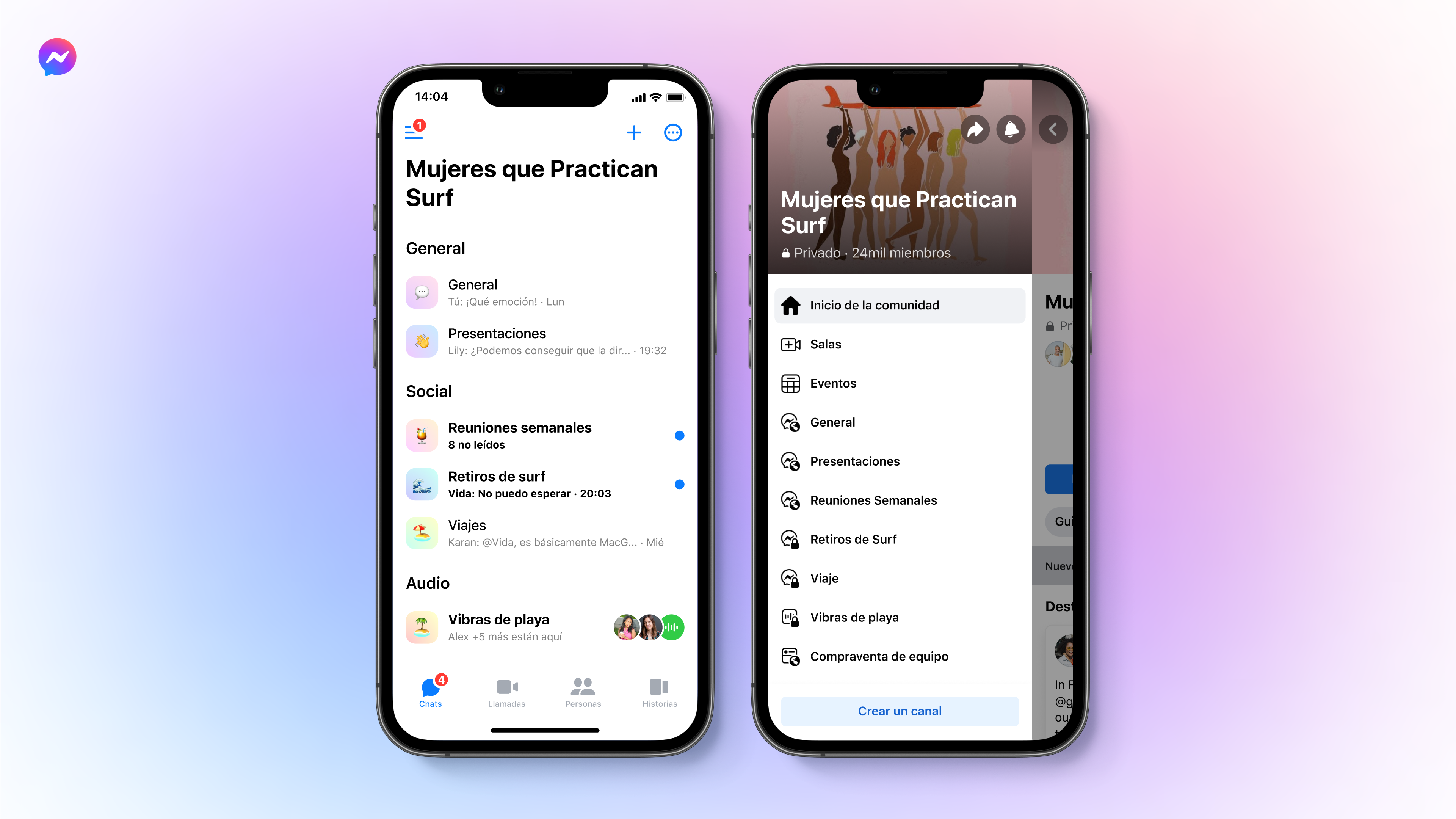 The administrators of the Facebook Groups can open conversation ‘channels’ of different topics and also of different types: text, voice (with the possibility of activating the video option) and read-only. In this way, everyone can make use of this functionality in the way that best suits their needs.

On the other hand, community chats can be directed to different recipients. Among them you can find:

– Chat for group members on a specific topic and to which anyone within the group has access.

– Chats from events for a meet or greet.

– Chats from display onlyoriented to the publication of announcements by the administrators of the group and that any member can review whenever they want. 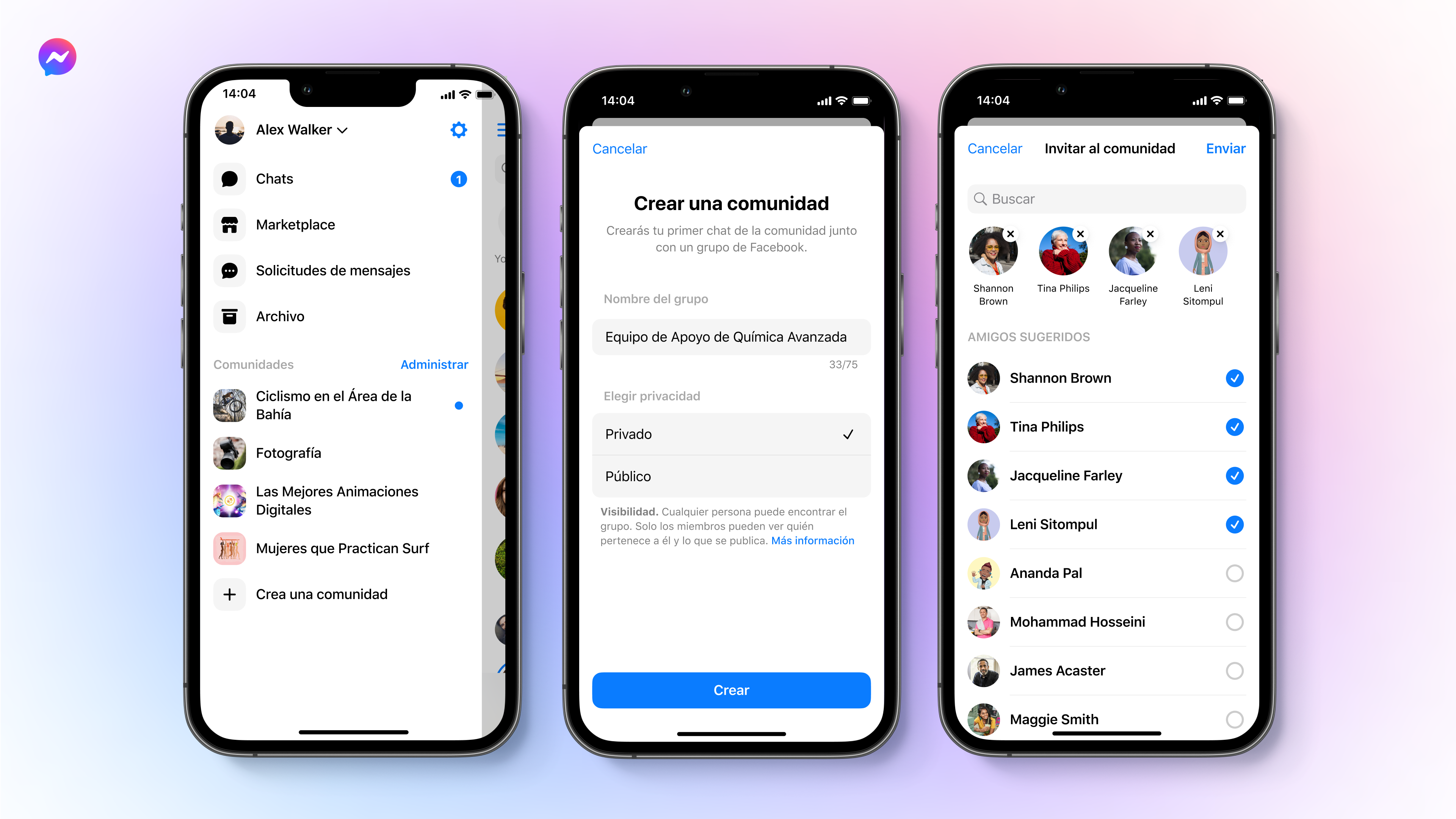 – chat only for administratorswhich can only be accessed by group administrators and moderators to generate coordination opportunities within the community.

– In the case of audio channels, these can only support a total of up to 30 Group members to share live comments on a specific topic. These can also support a video conversation.

Because this functionality will mean an increase in the number of people who will be able to participate in dialogues, in addition to a greater number of themesit was also necessary to implement options for moderationso the Community Chats will present new possibilities to support the work of the administrators and moderators of the groups within the platform. 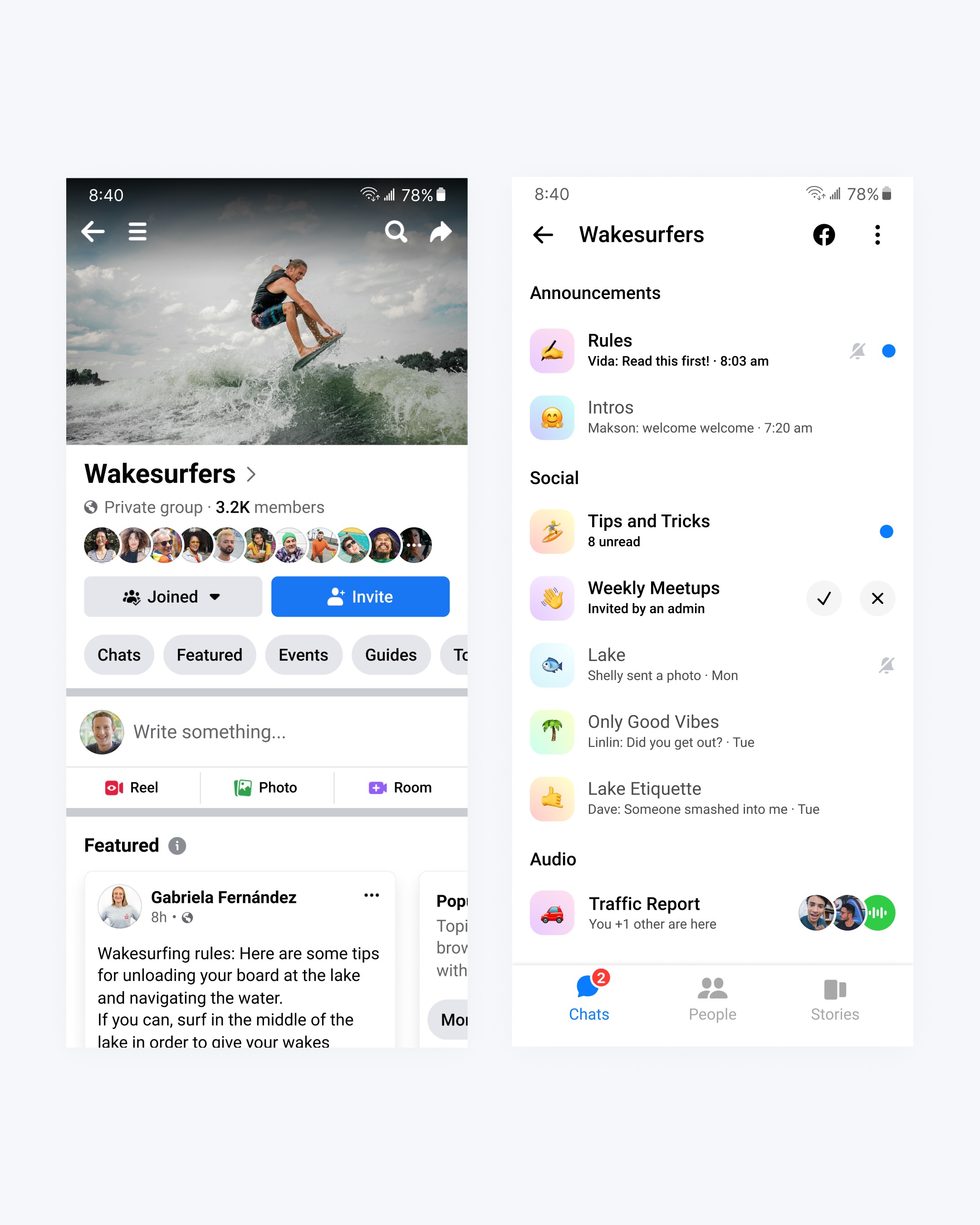 as in any other platform, the members of these large chat rooms can be part of the moderation function through message reports. It is also possible for them to leave the talkgroups whenever they want.