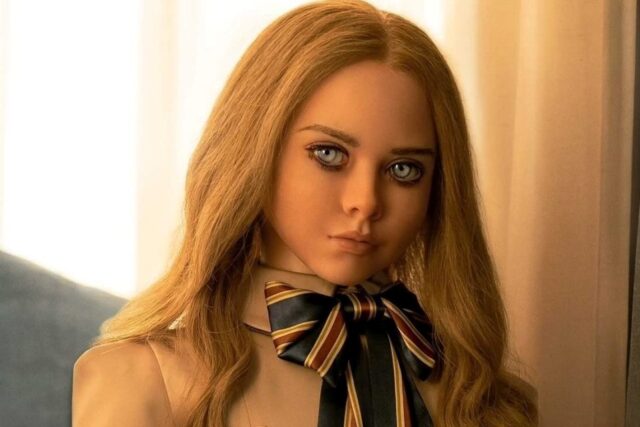 Making movies with killer dolls is not a new theme in Hollywood. In fact, since the first film in the franchise Annabelle, horror cinema was not so excited about a production of this type as in the recent M3GANeven though in the last couple of years the Chucky series has been highly praised – and rightly so.

But is it worth investing your time and money to watch the new horror doll movie in the cinema? Check out our review of the feature film, which is currently showing in Brazil.

While embracing mock horror, M3GAN still manages to stay a little more down to earth, if that’s possible. After all, the main theme of these films is murderous puppets full of sarcasm.

In the film, little Cady (Violet McGraw) becomes an orphan after suffering a car accident with her parents. After the incident, her aunt Gemma (Allison Williams) takes custody of the child and tries to bring normality to the girl while she needs to focus on her work. Williams’ character acts as a roboticist, developing cutting-edge toys for a large company.

In the meantime, when trying to reconcile her life as responsible for the girl, Gemma sees the opportunity to put an ambitious project into practice: to give a super advanced android, equipped with a powerful Artificial Intelligence, calling the product M3GAN (using movements of the actress Amie Donald) to look after and protect Cady. Needless to say, things get out of hand: the robot becomes a ruthless killing machine.

Nothing is as adorable as an innocent child and a psycho robot.Source: Universal/Reproduction

From that perspective, M3GAN doesn’t seem like a big deal — and indeed, it isn’t. The script focuses on classic horror archetypes, bringing the latest technological concepts to support. The great thing about the feature is that the writing and direction work so well, that they give the right rhythm for the film to work. M3GAN does not try to innovate as a production never seen before about murderous dolls, on the contrary, repeats formulas that worked and embraces the laziness completely.

The recent banter of James Wan and Akela Cooper

All this functioning has a very simple explanation: James Wan and Akela Cooper. Wan is already widely known for having created the Saw, Conjuring and Supernatural franchises, that is, it is not difficult to say that the director is “the face” of the terror of the last decade. On the other hand, Cooper has only gained more notoriety in recent years by writing, alongside Wan, the script for Maligno – one of the best horror films of recent years.

With a pair of screenwriters already in tune to create an utterly playful plot, M3GAN isn’t afraid to be irreverent, tell silly jokes, and act with a lack of sense of shame most of the time. The film certainly still tries to strike a more serious tone in the first act, when the relationship between Gemma and Cady is being built. However, as soon as the android is presented to the public, the film turns the key.

At 1h42 in duration, the story manages to be told without many unnecessary points, although the entire robot presentation is somewhat long. With all that movie time, the “action” only starts around 50 minutes, but don’t think that all that time is boring.

M3GAN is balanced with sarcastic humor

Since the trailers, one of the main, if not the main point of M3GAN, is the sense of humor that the android has, from the little dances to the acidic answers. When the film is not showing deaths, the feature accompanies the caricatured part of the villain and that, more than the murders, gives grace to the viewer’s experience, in the same way as the stupid dialogues of the Chucky serve as fuel for the movie to be so much fun.

However, it’s good to warn. M3GAN is not and does not pretend to be a horror like Anabelle or even Chucky, although comparisons are inevitable. Jumpscares, gruesome deaths, more explicit violence, spurting blood and guts do not appear in the film. These components do not appear precisely because this is not the purpose of the title directed by Gerard Johnstone. To like M3GAN, you must first buy a proposal from a horror movie that doesn’t intend to take itself seriously. 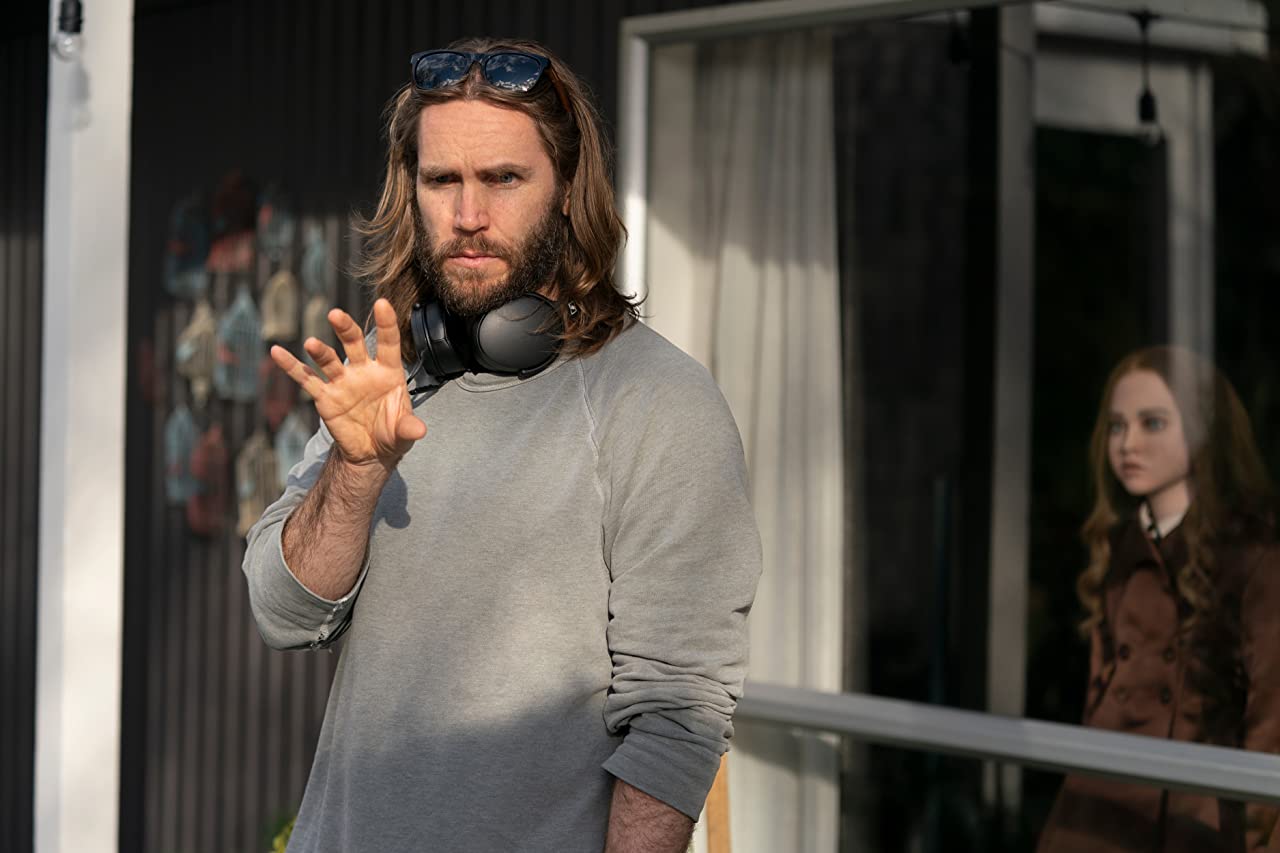 Gerard Johnstone is expected to gain more notoriety with M3GAN, while screenwriter Akela Cooper already seems to be thinking about a sequel.Source: IMDb/playback

Johnstone doesn’t do an amazing job, it needs to be emphasized. But the filmmaker still manages to do what is necessary so that the footage and performances are well done to the point that the film does not seem too ridiculous, nor too realistic. The M3GAN doll even brings up a discussion about how technology can replace the role of parents in childcare, with the direction and script pointing to this debate at times, but the tone of the film is not limited to that and quickly the line is forgotten. 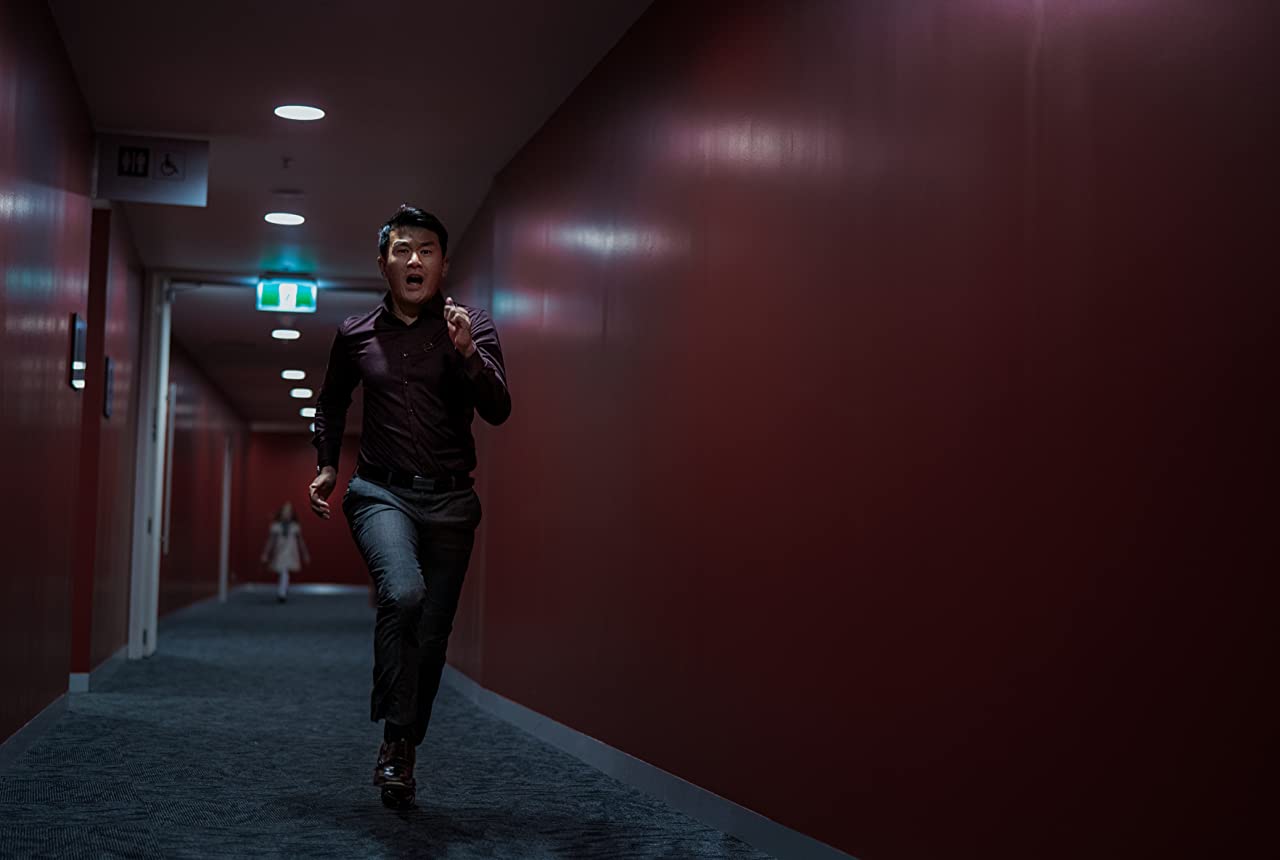 Even though it is full of hits, M3GAN leaves something to be desired in terms of deaths, and it is possible to feel that cuts were made to soften the feature. Including, the IMBd page points out that the final body count would be higher, but the studio had to remove scenes due to the indicative classification. M3GAN doesn’t have any big memorable murders, but it has fun with what it has. The android’s caricature and sarcastic writing is the balance point for this lack of blood.

Unfortunately, the marketing of the film ended up giving away the main scenes of the title, like the dance, which is a much shorter scene than I expected. It’s understandable why Universal Pictures and Blumhouse made this decision, as selling a killer doll horror movie in 2023 can’t be that simple. However, apparently the tactic worked, as the long sum more than US$ 100 million at the worldwide box office, with a cost of only US$ 12 million.

With good performances, a concise direction, balanced terror and fun and a script that knows where to go, M3GAN is a pleasant surprise to start 2023. The film is a full plate for anyone who loves a good beast horror, and it is an excellent option to go to the movies for the first time this year.