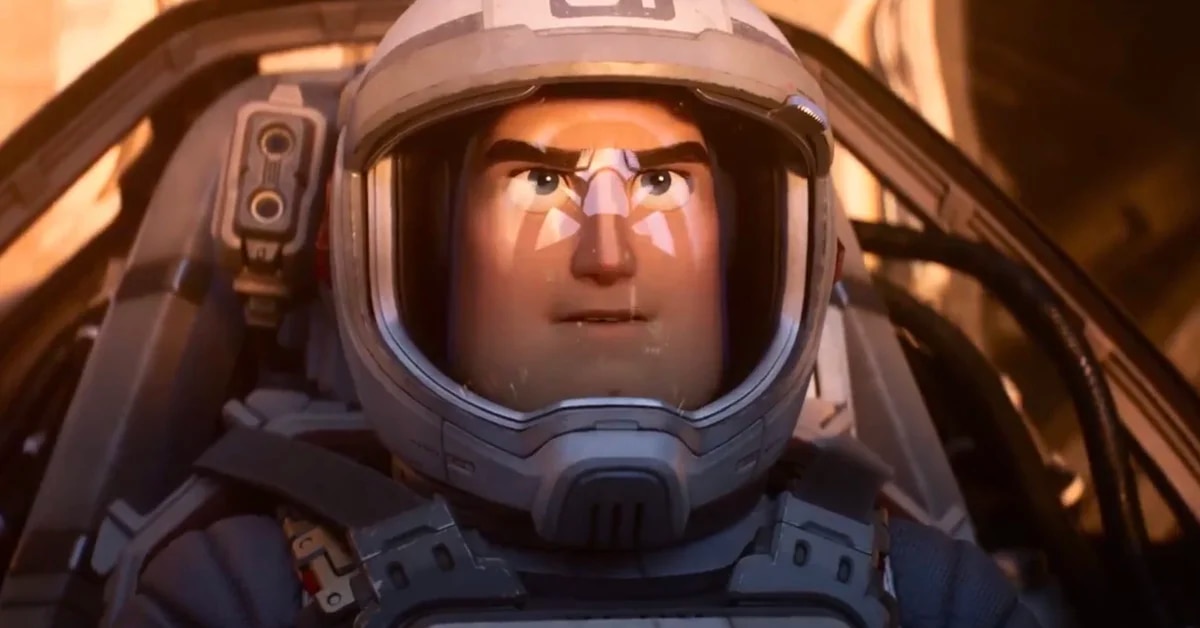 “Lightyear”: the character from the story of “Toy Story” will have his movie. (Disney/Pixar)

“To infinity and beyond!”is one of the most iconic phrases in cinema in recent years that were expressed by one of the most emblematic characters of the animated film toy story from 1995. We are referring to Buzz Lightyear, who along with his doll companion, the cowboy Woody, were Andy’s favorite toys. The films of the franchise were all successful and so far we have four of them.

Now it’s Buzz’s turn, who is presenting his film individually. His story will hit theaters on June 16, that’s why we tell you some details about this new film coming out of the factory Disney/Pixar.

The character that inspired the toy

The film will tell the life of the hero in which they were inspired to make the doll. Thus we will see the legendary space guardian along with a group of ambitious recruits who will accompany him on this new adventure.

“Lightyear” will explore the life of the real astronaut. (Disney/Pixar)

In 1995 when they brought Buzz Lightyear to life in toy storydirector Angus McLane wondered: What movie did Andy see that made him beg for that cool action figure with lasers, karate moves, and streamlined space wings? “Lightyear is that movie that Andy and his friends watched and probably just about everyone else in the world. He wanted to do something that lived up to those big-budget, hugely entertaining, fun movies.”the director pointed out.

T’Kani Prime is the planet where Lightyear and his team will land. (Disney/Pixar)

The action of Lightyear It takes place not on Earth but on an imaginary planet called T’Kani Prime, an uncharted place 4.2 million light-years from our planet, swampy and teeming with climbing plants and huge insects. Our friend Buzz will arrive on this planet when during a mission he decides to change the course of his journey. But when he wants to get out of this place, his ship crashes and he and his crew are stranded in this hostile environment. “Buzz is the guy for whom things never seem to go wrong for a long time. In this film we see him for the first time fall into a losing streak. Something he never experienced before.”said the executive producer Andrew Stantonwhich was part of the four films in the franchise of ToyStory.

Time: central element of the story

The new adventures of Lightyear arrive at the cinema. (Disney/Pixar)

In order to get off T’Kani Prime, Buzz must perform many flight tests to calibrate his latest hyperdrive fuel mix. To accomplish this, Lightyear must generate a time dilation. While 4 minutes pass on the first flight, four years pass on the planet T’Kani Prime! And, with each new attempt, this intensifies, generating an interesting plot twist in the film.

An inexperienced patrol will be the team that Lightyear assembles. (Disney/Pixar)

“Buzz realizes that they’re a second-rate team at best. They’re not trained, they don’t know anything, and Buzz concludes, ‘They can’t help me. I do not need them. I’ll do it alone’. But he has no idea what effect they will have on him,” said screenwriter Jason Headley. Thus we will meet Izzy, Mo and Darby, who make up the Junior Zap Patrol, a group of recruits who join forces with Lightyear but who have a great inexperience in space flight.

Michael Giacchino, behind the music of the film

Michael Giacchino is the composer of the music for “Lightyear”. (Disney/Pixar)

In the trailer you can hear the chords of “Starman”, the famous theme of the English musician David Bowie included in the album The Rise and Fall of Ziggy Stardust and the Spiders from Mars. And in turn, it has the soundtrack by the award-winning composer Michael Giacchinowhich won an Oscar, a Golden Globe and a Grammy for the film Up. He also created the music for The Incredibles, Ratatouille, Cars 2, Inside Out, Coco Y incredibles 2, among other fictions Disney/Pixar. The soundtrack of this film will be available on June 17 on music platforms.