Max Jambor only announced on Twitter that a OnePlus tablet is in the works, which will be launched next year under the name OnePlus Pad. This is not at all surprising or unexpected, given that the manufacturer already protected the OnePlus Pad name at the European Union Intellectual Property Office in the summer, and the brands belonging to the company group have already expanded their portfolio with tablets this year, and the name also correlates. 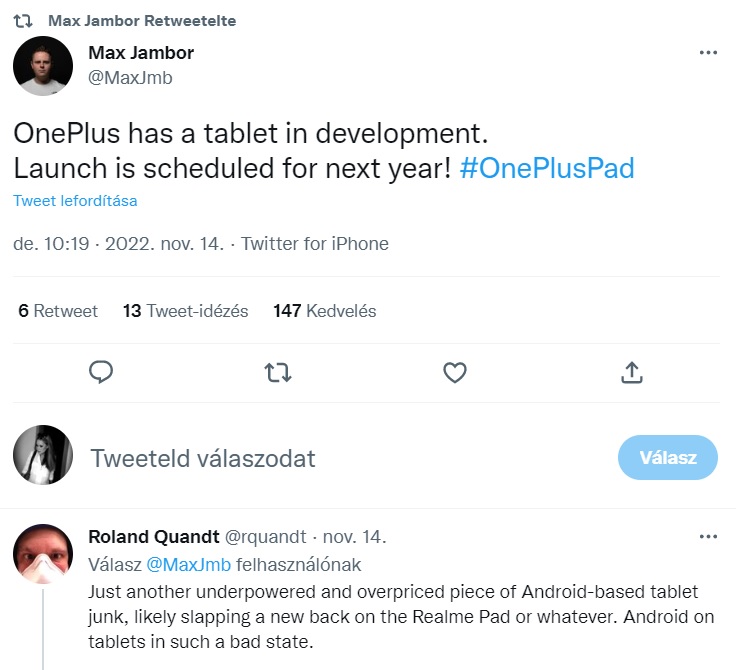 Based on this year’s pattern, it wouldn’t be surprising if OnePlus’ tablet was a rebranded Oppo Pad or Realme Pad, or perhaps the Realme Pad X or Mini. This also dawned on Roland Quandt, who clearly does not have too much hope for “another overpriced but weak android-based junk tablet[hez], which will probably be a Realme Pad or something with a new back.“We can still be a little more optimistic than that, but the fact is that recycling has plenty of potential.

1899: understand the end of the 1st season of the Netflix series

Apple can now sell the iPhone 13, iPhone 14 and other equipment with 5G technology in Colombia