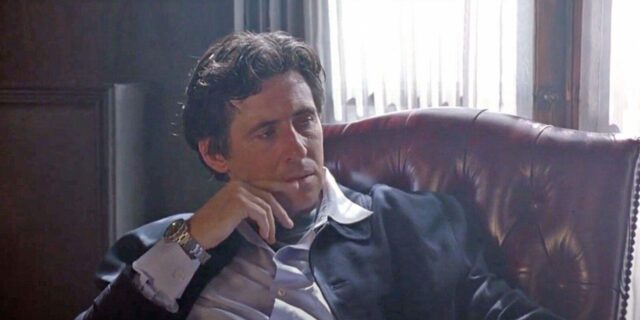 Ballerina, new film derived from the John Wick franchise, will feature Gabriel Byrne opposite Ana de Armas. The information was confirmed by Deadline.

According to the website, the actor who was immortalized for his great performance in The Usual Suspects was praised by producer Basil Iwanyk, who praised his dark presence in the films he participated in, and that this quality would be very welcome in John’s cinematographic universe. Wick.

“For decades, Gabriel’s mysterious and enigmatic presence has enriched dozens of films. You never know what he’s thinking, and that’s perfect for this world”, commented the filmmaker.

Gabriel Byrne plays Enzo Ferrari in Lamborghini: The Man Behind the LegendSource: Lionsgate/Reproduction

Gabriel Byrne has two Primetime Emmy Award nominations for his portrayal of Paul Weston in In Treatment, from HBO. And most recently, the Irish actor won a Golden Globe for Best Performance by an Actor in a Television Drama Series for the same role. It even has nominations at the Australian Film Institute, IFTA and Jacob’s Awards.

Byrne’s last appearance could be seen in the film Lamborghini: The Man Behind the Legend.

Ballerina does not yet have an official release date, but will feature a weight cast, including names like Ana de Armas, Catalina Sandino Moreno, Norman Reedus, Lance Reddick, Ian McShane, Anjelica Huston and, of course, Keanu Reeves, in addition to the recently announced Gabriel Byrne.

While the derivative does not arrive, we can only wait for the launch of John Wick 4: Baba Yaga, which is scheduled for March 24, 2023.