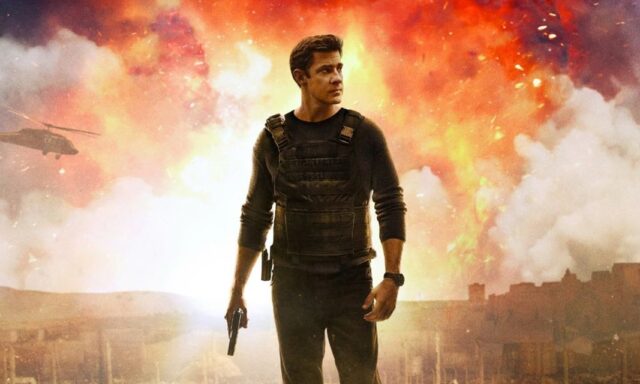 From a mere paper salesman in The Office to a ‘shape’ agent full of skills in Jack Ryan. Yeah, actor John Krasinski, who played the character Jim in the NBC comedy series, really changed the air when he left for the role of the Amazon Prime Video action series. By the way, Jack Ryan is already moving into its 3rd season and it is a streaming success🇧🇷

With the premiere on December 21 of the 3rd season of the series created by Graham Roland and Carlton Cuse, based on the spy novels by Tom Clancy, it promises to be one of the most explosive of the series. And the anxiety is so great that many fans are already wondering: When does Jack Ryan season 4 premiere?

We’ve rounded up everything we already know about the sequel and we’re going to tell you everything now; check out!

The 4th season of Jack Ryan has been confirmed and which, unfortunately, will be the last of the series on Prime Video. We also have information that Amazon is eyeing a possible spin-off, which would focus on another Tom Clancy character: Ding Chavez, who is played by Michael Peña and who will be introduced at the end of season 3.

In that sense, we can expect that season 4 will also bring some plots centered on Chavez, who will become a regular character in the last part of the production. However, we still don’t know if he will go on missions along with Ryan or the two will act separately. But one thing is certain: action will not be lacking.

As for the cast of Jack Ryan season 4, it’s completely safe to guarantee the return of Krasinski, the series’ protagonist. It’s also very likely that Wendell Pierce will return as James Greer, considering the pair have appeared in virtually every episode thus far. More than that, however, it is still too early to say.

About the plot, it is a little difficult to point out the right paths yet, since the 3rd season has not yet premiered and the narrative does not always follow what was written in the books. That is, we will have to wait for the outcome of the third year before speculating something.