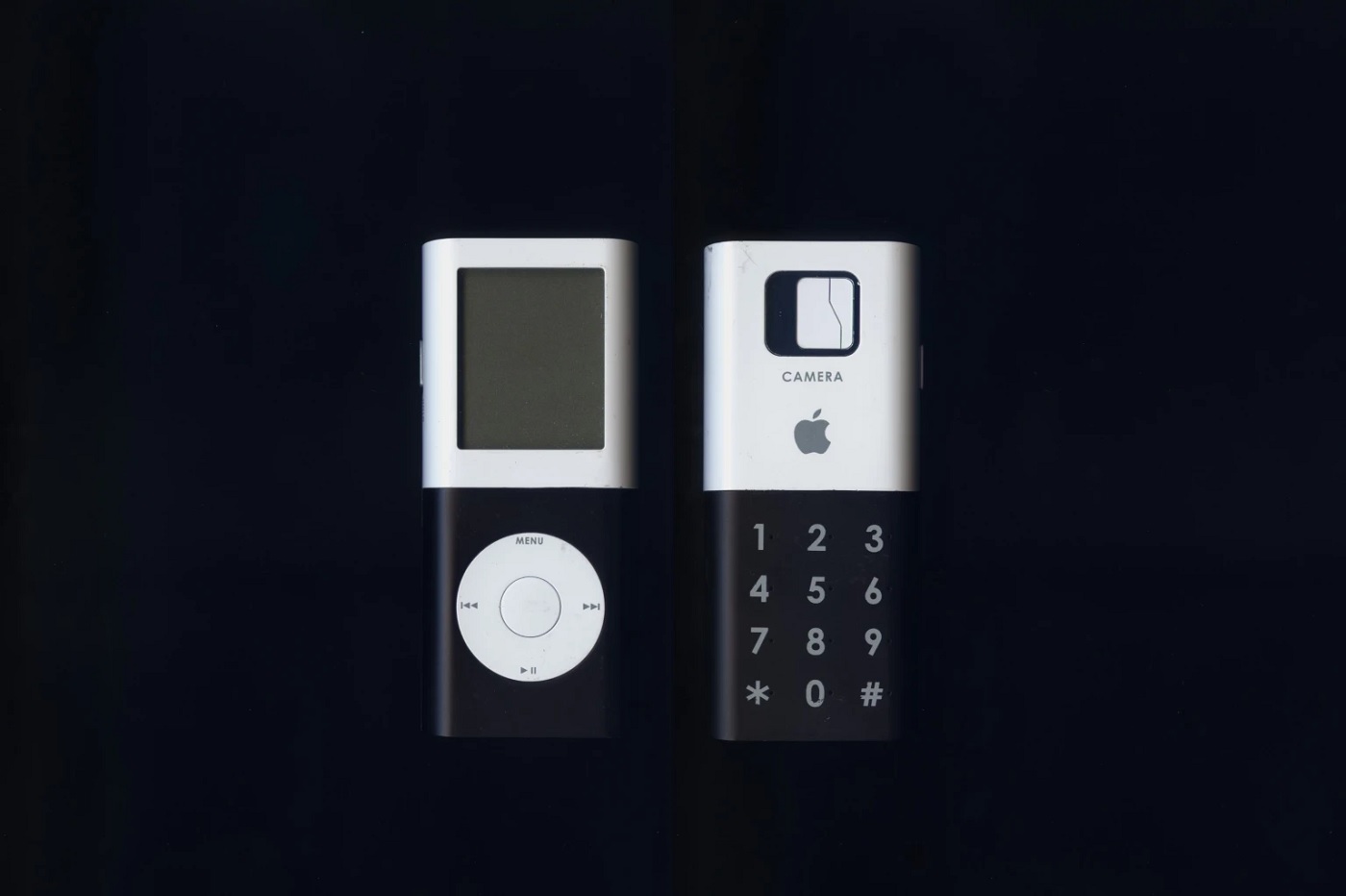 True Apple fans know Tony Fadell. This former executive of the Cupertino firm worked there for 7 years, and is often considered the father of the iPod and the iPhone. He is also the founder of Nest, which was later acquired by Google.

Currently, Fadell is promoting his book, titled Build: An Unorthodox Guide to Making Things Worth Making, on product design. As part of this promo, Fadell has decided to deliver some Apple secrets.

In April, Fadell posed a rhetorical question on Twitter. He had just cleaned out his garage and asked if anyone wanted to see what’s in the boxes.

The TechCrunch site contacted him, who gave some photos, and made some revelations. Among the images published by the media, there is this photo of a prototype of the iPhone (the first), created while Fadell was working on this product.

At the time, the idea was to take inspiration from the iPod to create a smartphone. And the prototype below had the iPod wheel, dial keys, and a camera. Both the upper and lower part had a swivel, so the user only had to rotate the infer part to choose between the wheel and the numeric keypad.

However, Fadell clarifies that it was not a prototype designed by Apple. It would rather have been sent by a partner who wanted to show the Cupertino company what he is capable of doing.

In any case, the original idea was not far from this third-party proposal. Indeed, as reported by TechCrunch, Steve Jobs had insisted that his team create a product surfing on the success of the iPod in order to allow Apple to enter the mobile market.

Thus, Fadell and his colleagues would have sought a means of transforming the wheel of the iPod into an interface for the telephone. “We worked for weeks and weeks to figure out how to type with the click wheel”, he says. And finally, Apple developed an iPhone with a touchscreen.

Another interesting anecdote: originally, Apple engineers designed an iPhone with a plastic screen. But Steve Jobs would have asked for glass. “In the space of two months, we had to go from plastic to glass and redesign everything, including the antennas to do it right”recalls Tony Fadell on this subject.

The edge-to-edge screen, Apple would have thought about it a long time ago

Tony Fadell also showed that several years before the launch of the iPhone X, Apple would have already thought about edge-to-edge displays. In a tweet, he had shown several models created by the firm during the design of the iPod Nano.

And among these models, there was that of a device with a screen (more or less) edge to edge. However, the Cupertino company would not have gone very far in its research.

Indeed, according to Tony Fadell, it was simply 3D printed models to allow employees to have something to hold in their hands.