[article_mb_code]
So you can put a song as a ringtone on an iPhone. (photo: AirMore)

Many believe that it is not possible to set an alternative ringtone on a iPhone that is not on the list included by Manzana. However, nothing could be further from the truth. Yes, Is there a way to customize the sound an iPhone makes when receiving calls, and TechMarkup will show how to do it in detail.

Of course, for this you have to resort to some tools that Apple provides natively. But don’t worry, the process shouldn’t take too long, although it may take a bit longer than systems like Android.

What is needed to start the process? First, the song downloaded to the computer. Second, go to apple official website Y download the latest version of iTunes available; platform to be used to create a ringtone and then send it to the iPhone.

Import the song to iTunes

This is the first step of everything. To do this, you need to save the selected song or sound to your computer. Once this is done, the next step is to transfer it to iTunes for quick editing.

– Open iTunes on the computer or laptop.

– Once opened, tap on the option File, Archivein the upper right corner.

– A window will open. tap on Add file to library.

– In the search window, locate the audio file that has been previously downloaded.

This action will create a version of the song that you can work on. What will be done here? Select a part of the audio. Of course, you can’t play the whole song, so you’d better make sure you know which part you want to play when the iPhone has an incoming call.

– Now that the song has been imported into iTunes, you can see it on the screen.

– Do right click on the track, and select the option Song information.

– A new window will open. Tap on the tab Options. – You will see two fields in which you can enter where the track begins and ends. Keep in mind that it can only be 30 seconds.

– When it has already been selected, tap on Okay to save the changes.

The sound should now edit correctly. Now almost can be set as iPhone ringtone. What follows now is convert song format to AAC and follow this process.

– tap on File, Archiveand later in the option Convert.

– Now, a second version of the song has been created with the same name, although with AAC format. – The next thing will be to open the location of the file. Press the track with right click, and select Show in Explorer Windows, If that’s the case. If you have it Macto choose Show in Finder.

– Take it to another more accessible folder for oneself.

– Touch the song file, and right click on it. tap on Rename.

– Change the format extension .m4a a .m4r; this will modify the file. If the system asks if you want to proceed, confirm. Now, transfer the file to iPhone so you can set the ringtone

Now the second and last stage: transfer the song to iPhone and then set it as a ringtone. The process is fairly straightforward on Mac, although it can be a bit more tedious on Windows. Again, there is no reason to worry, TechMarkup brings you how to do it both ways:

1. If you have macOS as the operating system

As of macOS Catalina, iTunes no longer exists on Apple computers, although it can still be downloaded. Therefore, it will be necessary to resort to Finder of operating system.

– Accept the messages that appear on both devices. If necessary, enter the password when prompted.

– In the Finderfind the iPhone and select it.

– Here, open a tab and look for the tone that was created recently.

– Drag it to the tab where the iPhone is open and drop it in the section General. Clever. Now you just have to disconnect the iPhone and look for the ringtone. Go to the application Setting; later Vibrate and Sound.

now go to Ringtone and select the one that was just transferred. And ready.

2. If you have Windows as the operating system

In the case of Windows, the iTunes tool will continue to be used to achieve our goal.

– Connect the iPhone to the computer.

– Confirm that both devices are trusted to proceed.

– Now, tap on the small icon of telephone that appears right next to the dropdown menu Music.

– In this section, choose Manage music and videos manually under the section Options.

– Once this is done, tap on Apply at the bottom and accept subsequent messages.

Well, we have finished preparing the iPhone and iTunes. The next thing will be to open the section toneswhich appears just below the section Devices from the left sidebar of the program.

Once on this screen, simply drag the newly created ringtone there. The song will automatically sync with the device. 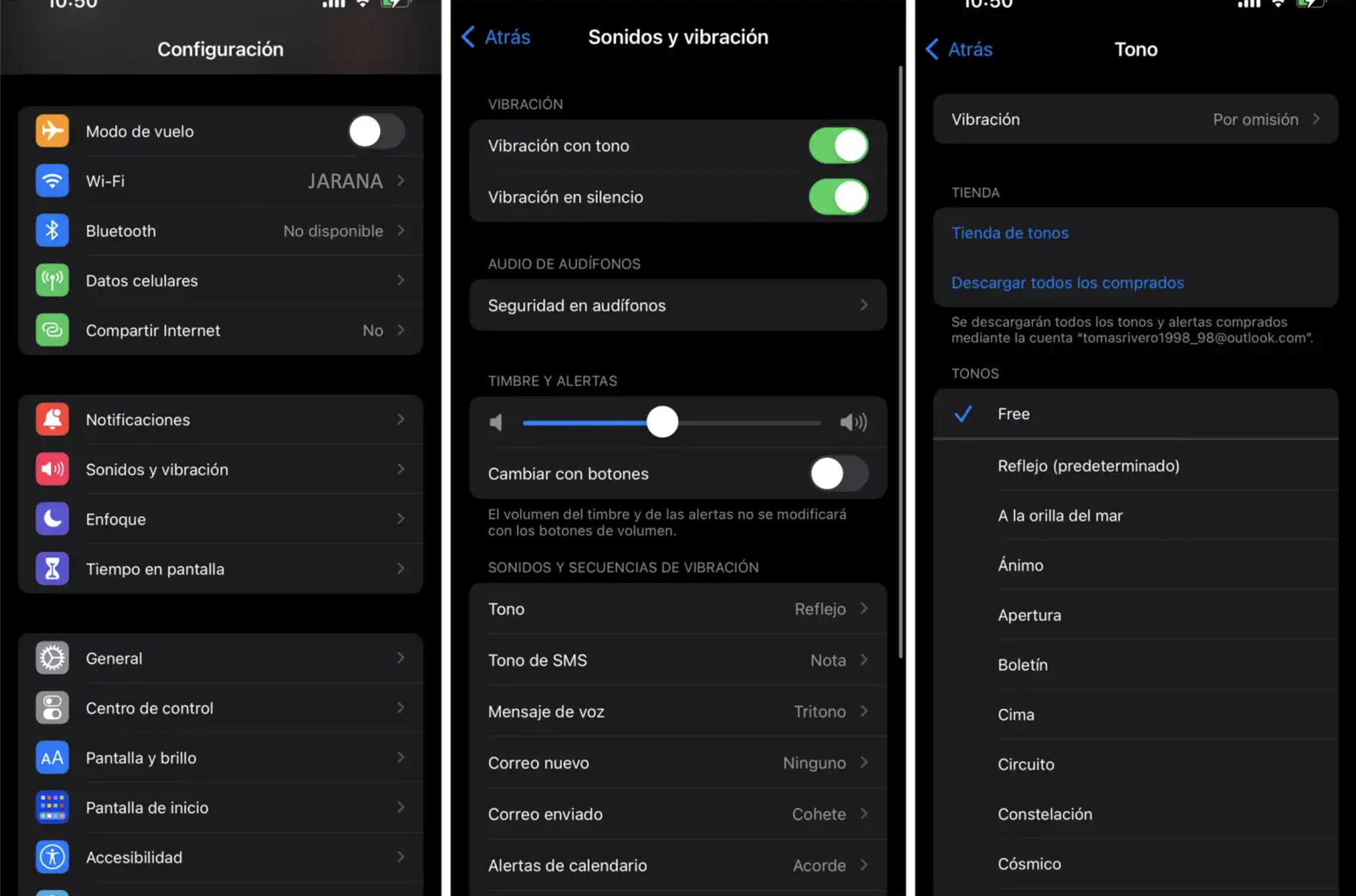 Once the synchronization is complete, you can proceed to disconnect your iPhone.

Now all you have to do is find the newly created ringtone in the app Setting and go to vibrations and sounds. Here, choose the one that was just transferred and voila, it’s over.