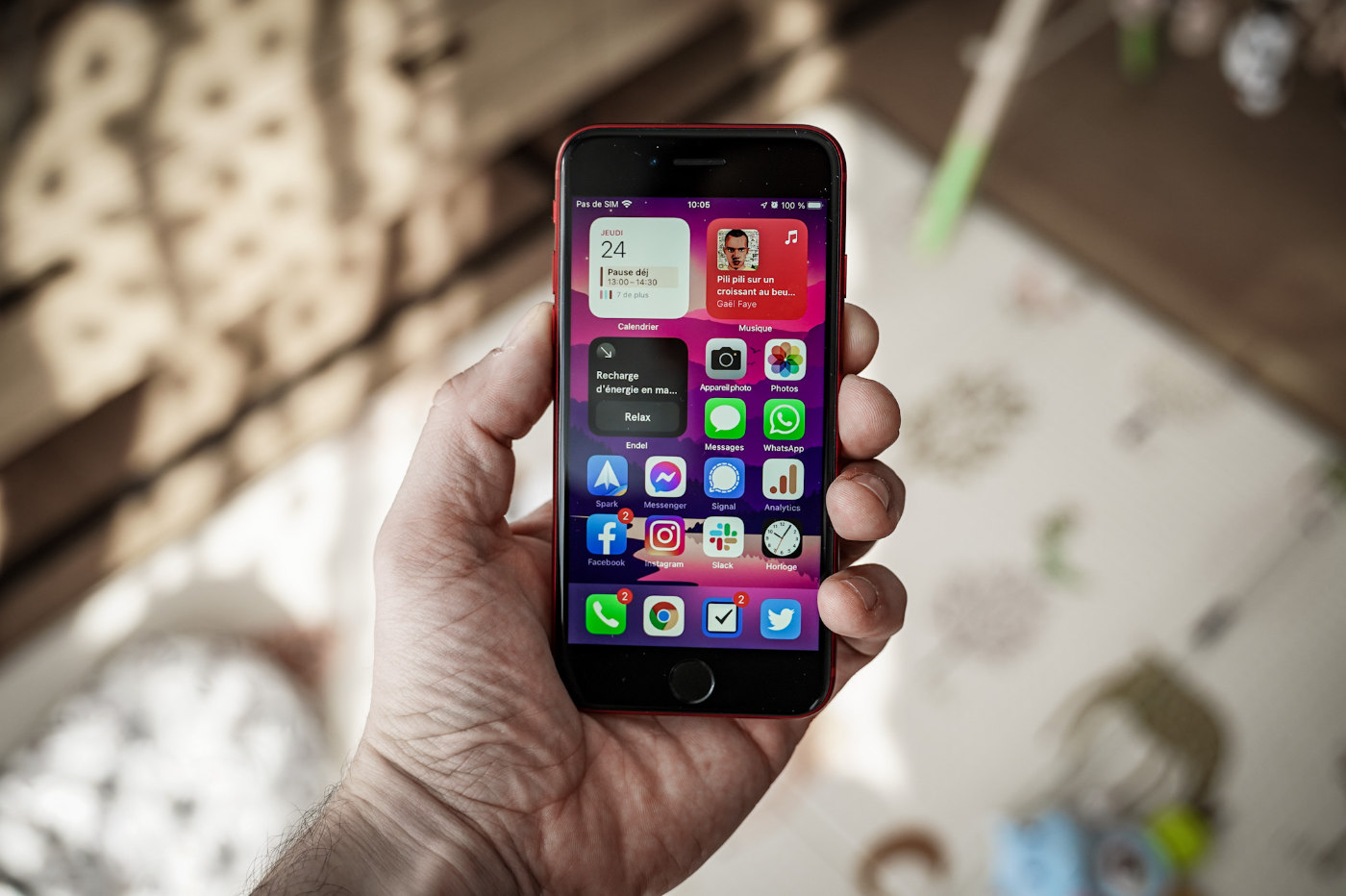 Is the iPhone SE 3 , launched by Apple in March, selling less well than expected? More and more elements suggest it. In an article published this week, the PC Mag site relays a study carried out by Wave7 in the United States.

In the United States, the iPhone SE 3 would be less popular than its predecessor

In essence, as part of this study, the company asked phone carrier representatives about iPhone SE 3 sales. 3 would be lower than that for the iPhone SE 2 when it launches in 2020. Only 8% of these representatives would believe that the demand is higher.

Moreover, still according to the article, even Apple would not show much enthusiasm. Indeed, the marketing campaign to promote this new iPhone would be quite timid. And hence, many people wouldn’t even be aware that a new iPhone SE is in the market.

A screen too small for a 2022 smartphone?

As a reminder, the iPhone SE 3 has exactly the same design as the iPhone SE 2 and the iPhone 8. And obviously, this is the main product drawback, since under the hood, there is an A15 Bionic chip ( the iPhone 13 chip) as well as a 5G modem.

Many people had predicted a success of the iPhone SE 3, since it would allow Apple customers to connect to 5G without buying a premium product. But obviously, consumers are fed up with this old-fashioned design and small screens.

And apparently, some people would rather buy an iPhone 11, than buy an iPhone SE 3. It is rumored that for this reason, the Cupertino company is now planning to stop selling the iPhone 11 once the iPhone 14 will be on the market.

Towards the end of small iPhones?

In any case, Apple could finally abandon the small format iPhone. Indeed, neither the iPhone 12 mini nor the iPhone 13 mini won over the crowds. And today, rumors suggest that iPhone SE 3 sales aren’t great, either.

For months, rumors have suggested that this year, Apple will no longer launch a “mini” iPhone. On the iPhone 14 series, the firm would rather offer a model called iPhone 14 Max. This one would have exactly the same characteristics as the iPhone 14, but it would have an XXL screen with the same diagonal as the screen of the iPhone 14 Pro Max.