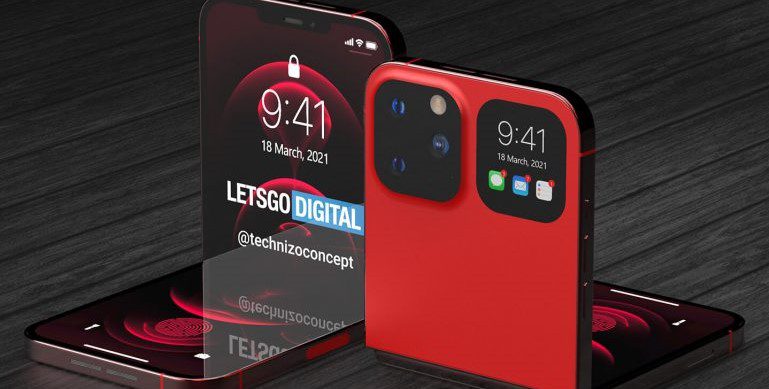 Since Samsung launched the Galaxy Fold folding smartphone in 2019, many people are wondering when Apple will come out with the release of iPhone Flip. But we still have to keep ourselves calm. Various sources have pointed out that the first foldable iPhone will go on sale in 2022.

Independent designers give us clues as to the appearance of the iPhone Flip. However, predicting the iPhone Flip release date is nothing more than a guessing game. Keeping an eye on the history of Apple’s pioneering technology perfected by others, we are sure that when the iPhone Flip will arrive soon. it will look more refined than the folding phones we’ve seen so far.

We cannot expect any other iPhone before the release of the iPhone 13 and it will probably launch in September 2021 Before that, we are unlikely to see the iPhone Flip.

Sadly, a Digitimes report indicated that the company will not release iPhone Flip until 2022, which means it will probably launch after iPhone 14.

In light of the iPhone rumors that the company is relatively quiet in terms of folding capabilities, we have at least two years before Apple joins the Samsung Galaxy Z Flip and the upcoming Galaxy Fold 2.

The debut price of Galaxy Fold is $ 1,980, it has a 7.3-inch tablet-like screen and a small 4.6-inch panel on the outside when it is unfolded. Just six months later, the Galaxy Z Flip released a 6.7-inch display with a larger vertical ratio. The screen is coated with durable ultra-thin glass, but the price is lower at $ 600. To reduce inventory Samsung has the price of the Galaxy Z Fold 2 by $ 200 before it launches the new version. 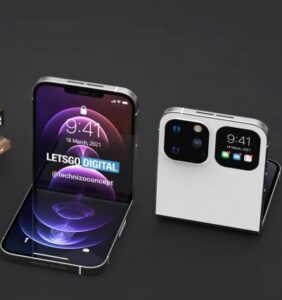 If Apple chooses a smaller and cheaper folding phone, then the price of this phone can be similar to that of high-end phones, such as the iPhone 11 Pro Max with the price of $ 1,099. However, if the foldable iPhone is used as a phone that can be turned into a tablet when needed (like the Galaxy Fold), the price is likely to exceed Apple’s traditional smartphones.

Jon Prosser on Youtube says that, two different types of iPhone Flips are in testing phase by the tech giant. First is a foldable hybrid tablet, that is pretty similar to the Samsung Galaxy Z Fold 2. The second is a foldable phone design, similar to the Galaxy Z Flip series. These sources also predict that the company will continue to use the clamshell design, although it is still in the early stages of the development process and may change.

Samsung is working on a foldable screen Galaxy Tab tablet

Also, the video mentions that the foldable iPhone will be released in a variety of cheerful colors. This is really shocking news, because it also illustrates the target group of the device. Apple will generally choose to provide cheerful and bright colors for its base models. Advanced Pro models are primarily available in dark and commercial shades. 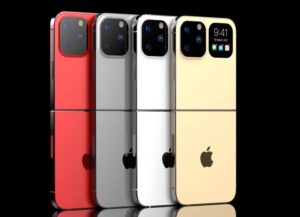 The patent document also disclose some factors that the company may consider its folding ability, including any device that may skip the clamshell design and adopt other methods in the future.

Regarding Apple’s foldable iPhone plan, we still have a lot to learn, but one thing’s for sure: Apple’s strategy for developing its first foldable phone may determine the development trajectory of the entire industry.

With Galaxy Fold, Samsung may be the first in the field of foldable smartphones, but the company continues to test various form factors to find what buyers really want.

With the every new release, Apple usually make major changes to the mobile market. The iPhone has sparked all the trends in ditching the headphone jack, removing the bezel, and adopting notches.

Ultimately, foldable technology and the entire smartphone industry are keeping an eye on how Apple makes its dream of a foldable iPhone a reality.