Apple announced the launch of its new iPhone 14 lineup at its “Far Out” event at the Steve Jobs Theater in Cupertino, California. The presentation, led by the company’s CEO, Tim Cook, gave attendees a glimpse of the new features and functions that the devices will offer users once they are available to the public.

The devices presented in principle were the iPhone 14 and iPhone 14 Plus, with screens of 6.1 inches and 6.7 inches respectively, so that it is possible to have a larger area for viewing videos and games on smartphones. 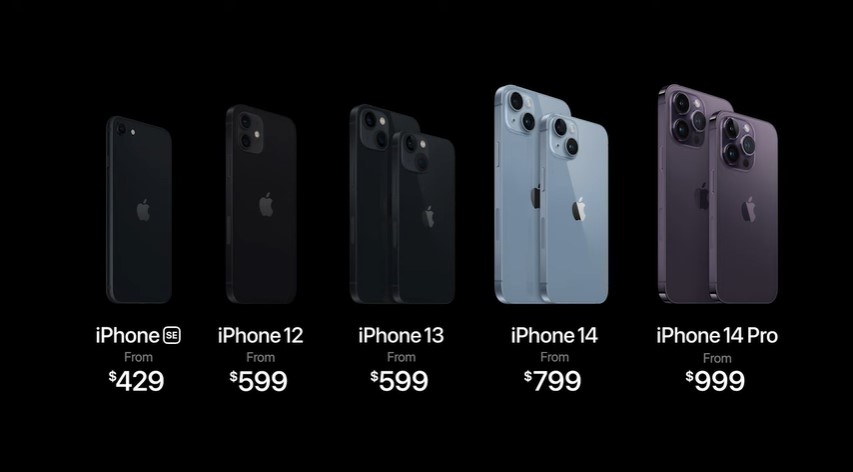 The new camera, which captures images with its 12 megapixels, increases not only the color quality, but also better image freezing, emphasis on details. For low light environments, the iPhone 14 and iPhone 14 Plus have 49% more capacity for good image capture in those scenarios

Regarding the video capacity, a functionality called “action mode” has been implemented, which allows an automatic stabilization of the device during the recording of a video without the need to resort to external equipment.

Also, these new devices will have an additional feature: eSim. This makes it possible for the new iPhone to dispense with a Sim card in order to receive a data plan or service from a telephone operator. iPhones will be able to have more than one data plan and more than one phone number enabled on the same device.

When it comes to user safety, the new iPhone 14 lineup has the accident detection feature just like the Apple Watch Series 8. This feature uses improvements made to the gyroscope and accelerometer to detect potential accidents and automatically requests help from the competent authorities.

One of the rumors for this launch was that the iPhone 14 would have a satellite connection, something that was confirmed by presenting it as a feature that helps users seek help in emergency situations in environments where there is no cellular operator service. 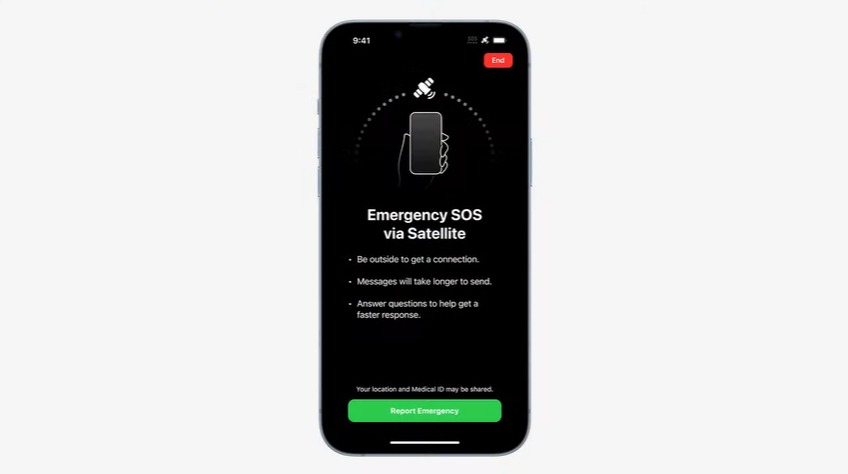 The satellite connectivity service will be free for two years and is only available to users in the United States and Canada. (Manzana)

The new devices also come with a function that makes it possible to locate the satellites so that the connection is stable, in addition to sending an estimated location of the user to his closest contacts in cases of emergency.

With this connection, it is possible to send short text messages to the emergency services through an algorithm, saving time and speeding up the arrival of help.

The Emergency SOS service will be available free of charge for two years to iPhone 14 users residing in the United States and Canada. Its upcoming availability in other territories was not reported.

The iPhone 14 Pro and iPhone 14 Pro Max models were also presented at the Apple Event. These products will have several characteristics that differentiate them from the other two, one of them being the ‘Dynamic Island’ or ‘Dynamic Island’, which will make use of the screen space near the earpiece and front camera holes to display the notifications. 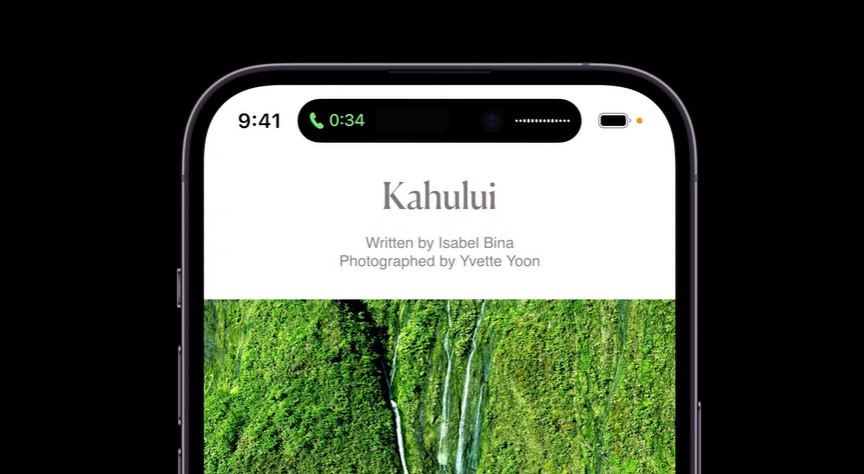 Dynamic Island is one of the new features introduced for the new iPhone Pro and iPhone Pro Max. (Manzana)

As indicated during his presentation, this island will be always active and will allow notifications from different applications to have smoother transitions and animations. This will make it possible for users to actively interact with them.

The Dynamic Island also offers controls so that users do not have to switch applications every time they want to attend to a notification but, if necessary, they can do it quickly from there.

Added to this is the new Always on Display feature, one that Android devices have by default, so that smartphone notifications and widgets are always available for the user to access without having to unlock the screen. 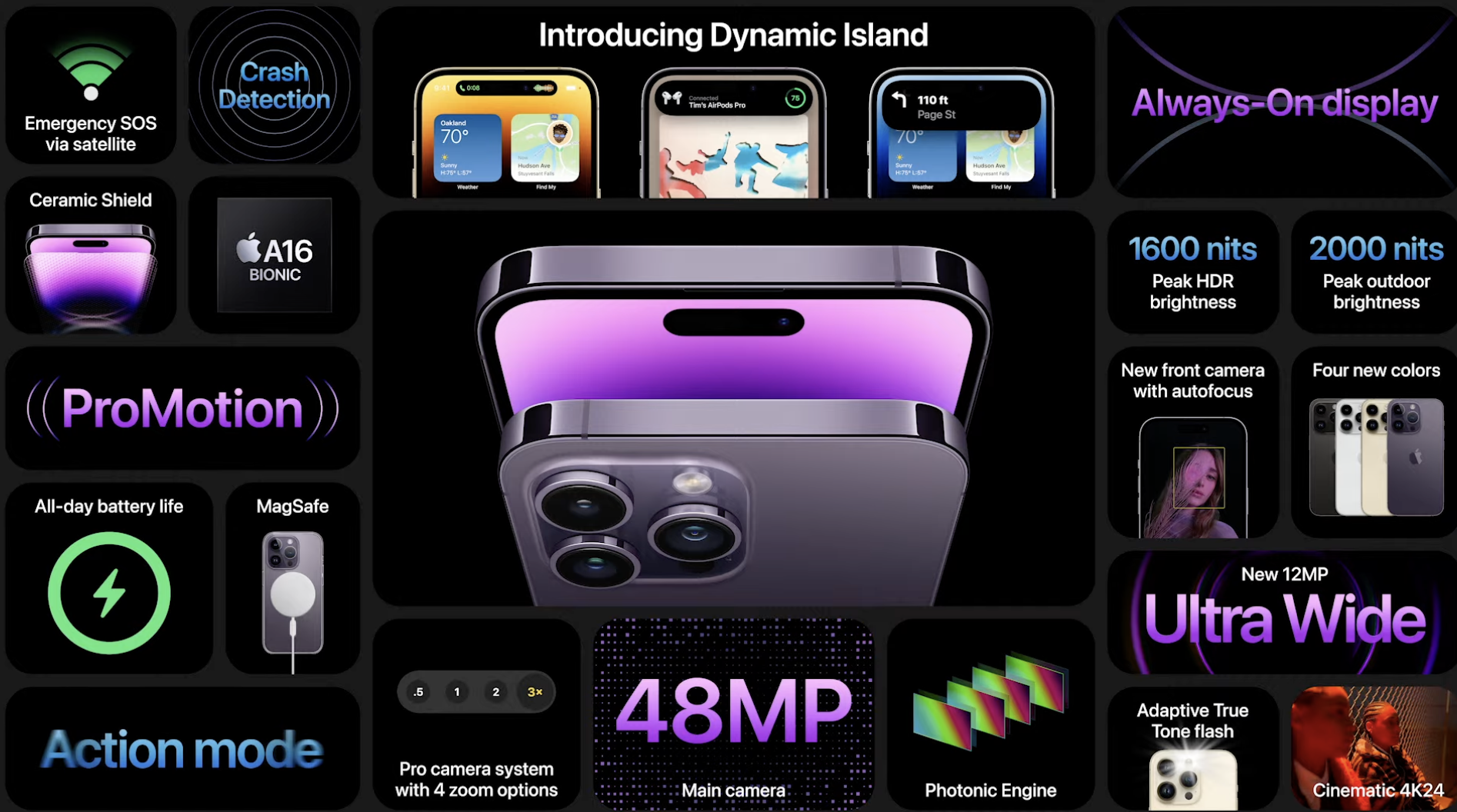 Users who are fond of photography will have a better experience due to the ability of these devices to use the ProRAW function, which is used to capture images with higher resolution and without noise in low light environments. In addition, the cinematic mode will allow you to record videos with 4k quality.

These devices will have the new A16 bionic chip inside, which favors the speed of the tasks carried out by the iPhone, in addition to allowing games to have better performance.

For its part, the iPhone 14 Plus will cost $899 and its pre-sale will also start on September 9 but, unlike the standard model, it will arrive in stores from October 7.

"They don't want me to keep spreading my message": they hacked Mafe Walker, the woman who talks to aliens 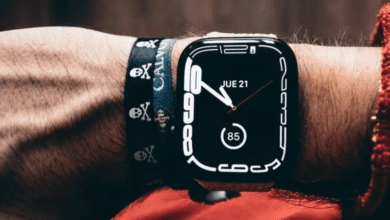 Top 6 Hidden Tricks to Use on an Apple Watch