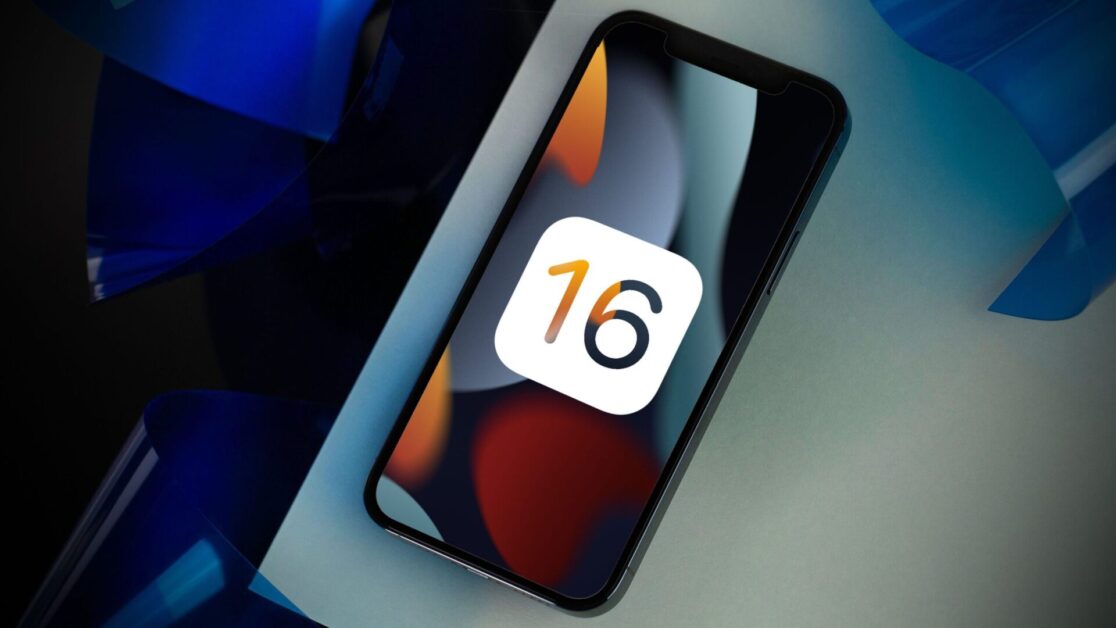 Even if we can’t see into the future: Apple iOS 16 is on the way and we expect to appear in the second half of 2022. For the new iPhone operating system, more visual changes and possibly completely new companion devices are expected in advance. We summarize all the rumours, information and speculation about Apple’s new iOS.

The next iOS version is expected to be presented at WWDC in June 2022. Although the rumors about iOS 16 are still quite sparse at the moment, there are already some interesting thoughts about the new mobile OS. These not only relate to iPhones, but also to Apple Glass and an interesting video concept.

Rumors about the features in iOS 16

Design changes in the status bar

If the rumors that Apple’s new iPhone models come without a notch are true, iOS 16 has more leeway with the status bar. According to some sources, Apple will drop the rectangular notch on the iPhone 14 Pro and will bring the punchhole notch to its phones for the first time. As a result, Apple would of course also have to adapt to the design of the software.

A small hole for the front camera also means more room for changes to the layout of the top of the iPhone, maybe even for the battery indicator in the status bar.

One of the most interesting rumors related to the iPhone 13 series was that the device would be equipped with a satellite communication system. Do you still remember? As we all know, that didn’t happen. That’s why there are now rumors that Apple is planning to add the satellite-based emergency function to the iPhone 14 range.

It is uncertain whether these possibilities will be integrated in iOS 16. Because the possibility of connecting to satellites requires quite expensive hardware. However, some tech magazines are considering this possibility. This would allow iPhones to send emergency messages (or more) when there is no cell service. In Germany, satellite phones can only be used with very expensive contracts – so let’s wait and see.

Integration of AR and VR

We’re all very excited for Apple Glass. After all, Apple is said to have been working on this project for ages. But even more special is that Apple has already shown some beautiful and innovative approaches with virtual and augment reality features built into iOS.

While we still don’t know if the Apple Glass will see the light of day in 2022, Tim Cook certainly has some plans to build a bigger and better ecosystem of VR/AR apps and games. And with iPhones likely to support smart glasses integration at some point, we can look forward to early signs in iOS 16.

Since iOS 14, widgets have played an increasingly important role in the operating system’s user interface. With iOS 15, Apple introduced a large number of new widgets for popular Apple apps and services. And now – with iOS 16 – expectations go beyond design and functional shortcuts. Because the widgets in iOS should be smarter and offer more interactive options.

For example, currently, the Apple Music widget shows the album art, the name of the music, and the artist. But you can’t scroll between tracks or quickly switch between albums. In short, it only works as a shortcut to the Music app. Interactive widgets let you perform more actions without leaving the home screen.

iOS 16 update: will these iPhones be sidelined?

A new UI experience: From always-on display to split screen

It’s been a while since Apple overhauled the iOS interface. Last year, Google decided to come up with a new concept for Android 12 and introduced Material You. This is a more colorful and shapely UI, leading many fans to believe that it’s time for Apple to work on the UI.

Below is a concept that has received over a million views on YouTube. So it looks like it will fulfill all the fans’ wishes. Features like an always-on display, split-screen, and an overhauled control center have been collected in the video concept below.

On the other hand, Apple doesn’t allow as much freedom as Google when it comes to personalization. So it’s quite possible that many users hoping for a design overhaul will be disappointed.

That’s all we know from rumors, leaks and expectations regarding iOS 16 at the moment. In the coming weeks and months, many more leaks will probably be making the rounds on the internet. Then we will update this article.

While Apple has yet to confirm the exact dates for its 32nd annual Worldwide Developers Conference, iOS 16 is expected to be announced at WWDC 2022 in June. As we’ve seen over the past few years, the developer beta (registered app developers only) should be released right after the keynote. Then we will have the opportunity to test iOS 16 and share our first impressions with the NextPit community.

Over the months following the beta phase—including the public beta release—the next generation of iOS will be tweaked, fixed, and updated until we reach a stable iOS 16 release. The official release should be available to everyone in September 2022, coinciding with the release of a new iPhone range.

When it comes to software updates, Apple is the brand to take as the best example. When iOS 15 was officially released, even the 2015 iPhone 6s series received the OS update. However, the iPhone 6s and iPhone SE (1st gen) are rumored to stop receiving updates from 2022 as Apple is withdrawing support for the critical A9 and A9X chips.

Considering this and Apple’s update support history, iOS 16 will likely be available from the iPhone 7 models through to the new iPhone 14 series. To stay informed about which iPhones will be updated to the next version of Apple’s mobile software, keep ours up iOS 16 update guide in view.

Apple’s popularity has increased in recent months. According to Counterpoint Research’s Monthly Market Pulse in January 2022, Apple sold the “largest number of iPhones in a single year since its inception.” One of the main reasons for this was Apple’s biggest growth in China since October 2021. Apple filled the void left by Huawei in the country due to ongoing US sanctions.

Overall, this means that the number of iPhone owners around the world has never been greater, which puts some pressure on what’s new in iOS 16. Apple software engineers haven’t invested in major visual changes since 2020, and it’s high time they did. With the introduction of widgets, the company has given users more customization options. Because for the first time there is a possibility to personalize the iOS interface. But it still lags behind Android.

Apart from that, Apple will again have a chance to revisit some key visual features of the iPhones. And I wish this would already happen with iOS 16.

What are your expectations for Apple iOS 16  ? Let us know in the comments!