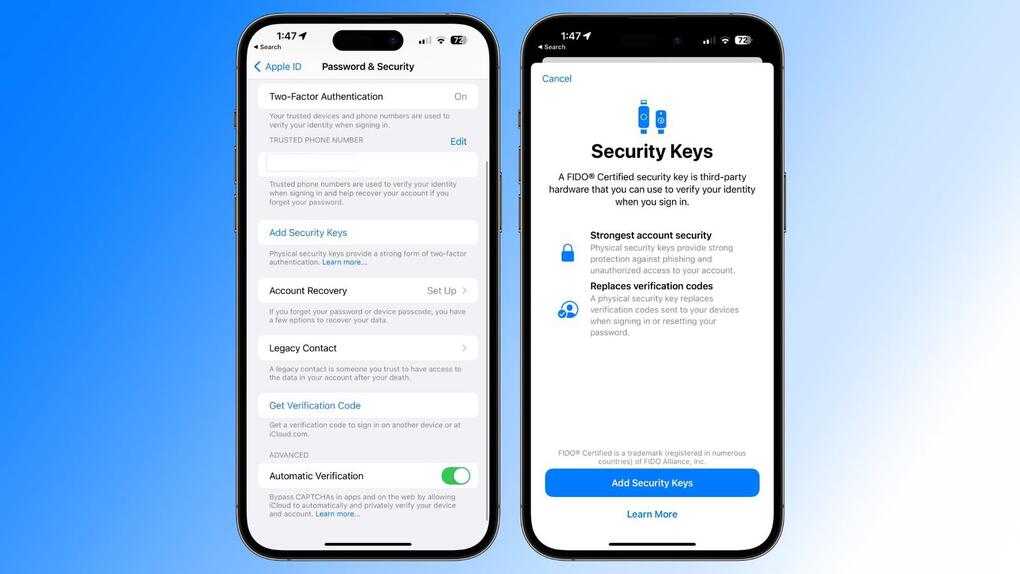 On Wednesday evening, Apple sent out the first preview versions of IOS 16.3 and Ipad OS 16.3 to registered developers and other beta testers.

The big news this time is support for physical security keys when using two-factor authentication to confirm their Apple account.

Once you’ve authenticated your iPhone with the security key, you don’t need to do it again until you get a new iPhone, reports 9to5Mac.

The support for physical security keys will also be a novelty in Mac OS Ventura 13.2.

Otherwise, the focus seems to be on bug and security fixes, but it is not completely out of the question that we will see new features. For example, we may see support for Apple Classical, a new classical music app in development.

If you are interested in participating in testing the new versions, you can go to the Apple Beta Software Program and enter your details.

The sharp versions will probably be released in January or February.