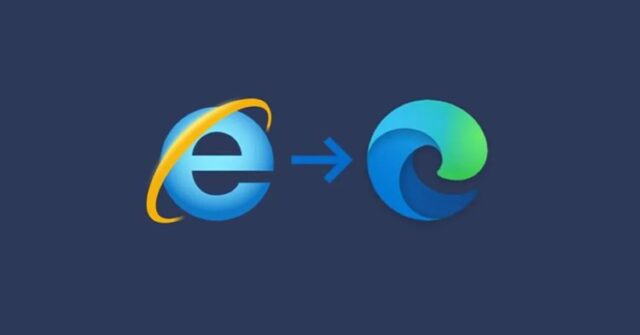 The successor to Internet Explorer will be Microsoft Edge. (photo: The Universe)

Microsoft has announced that a future upgrade browser microsoft edge will permanently disable Internet Explorer 11. Therefore, from the next February 14th this iconic search engine will become just a memory for most Internet users.

On June 15, the day Internet Explorer reached its end of support for the operating system Windows 10Microsoft had announced the end of the brand that had been present in computers since 1995.

“Desktop app out of support Internet Explorer 11 (IE11) is scheduled to be permanently disabled on certain versions of Windows 10 devices on February 14, 2023, via an update to microsoft edge, not a Windows update as previously communicated,” Microsoft said on its official blog.

“All remaining devices that have not yet been redirected from IE11 a microsoft edge they will be redirected with the Microsoft Edge update scheduled for February 14, 2023 ”, they add.

Which browser to migrate to and how

From the company they suggest users to make the transition from IE11 (Internet Explorer) to Microsoft Edge using the ‘IE mode’ from the last mentioned browser, and also, remove IE visual references from the menu Beginning and the taskbar of Windows with the option Disable IE.

Everything must be done before the February 14th to, according to Microsoft, “avoid business disruption at scale when users lose access to IE11 dependent applications.”

And how Activate the IE mode in Microsoft Edge browser? You just have to follow these steps:

2. In the address bar write the following: edge://flags/

3. In the field of Search it will be necessary to put the following term and proceed to your search: Enable IE Integration

4. When this option is shown in the search results, it must be configured as: IE Mode. As of October 2020, IE11 has been automatically launching Microsoft Edge when visiting sites that don’t support the platform.

During the process of redirectuser data (including settings, passwords, and favorites) will be imported into Microsoft Edge for easy switching.

Browser will not disappear for admin users

The software giant, however, says that some elements, such as the icons of IE on the Start menu and taskbar will be phased out from some computersand the process is expected to end in June 2023.

At the same time, for corporate clients using windows 7 with extended security updates (Extended Security Updates, ESU), internet explorer old will remain. It will also be available on Windows 8.1as well as in the corporate versions of Windows 10 LTSC Y Windows 10 IoT.