A record perfectly useless for the average person, but which shows the progress to come on SSD next generation.

As Ryan Shrout has fun explaining on Twitter, there is sometimes good in last-minute postponements/cancellations around a CES 2022 which is more and more difficult.

the chief performance strategist at Intel had indeed the idea of ​​demonstrating the potential of a solution combining Alder Lake and a PCIe 5.0 SSD. Intel has decided to considerably limit its presence in Las Vegas, the demonstration will not take place. 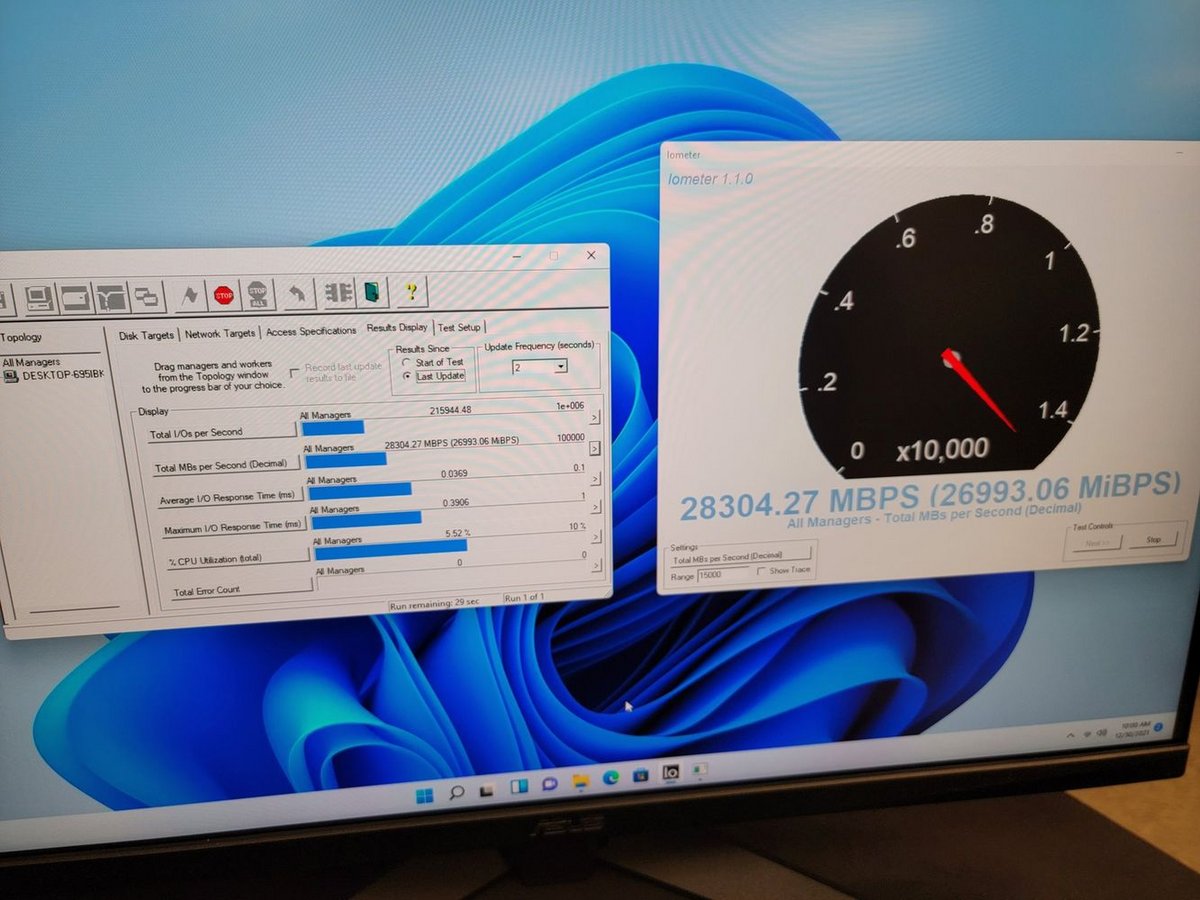 To something, misfortune is therefore good since Ryan Shrout submitted a small sample of said demo via Twitter. On a platform equipped with a Core i9-12900K, he connected a Samsung PM1743 SSD in PCIe 5.0 of the kind we announced a few days ago. 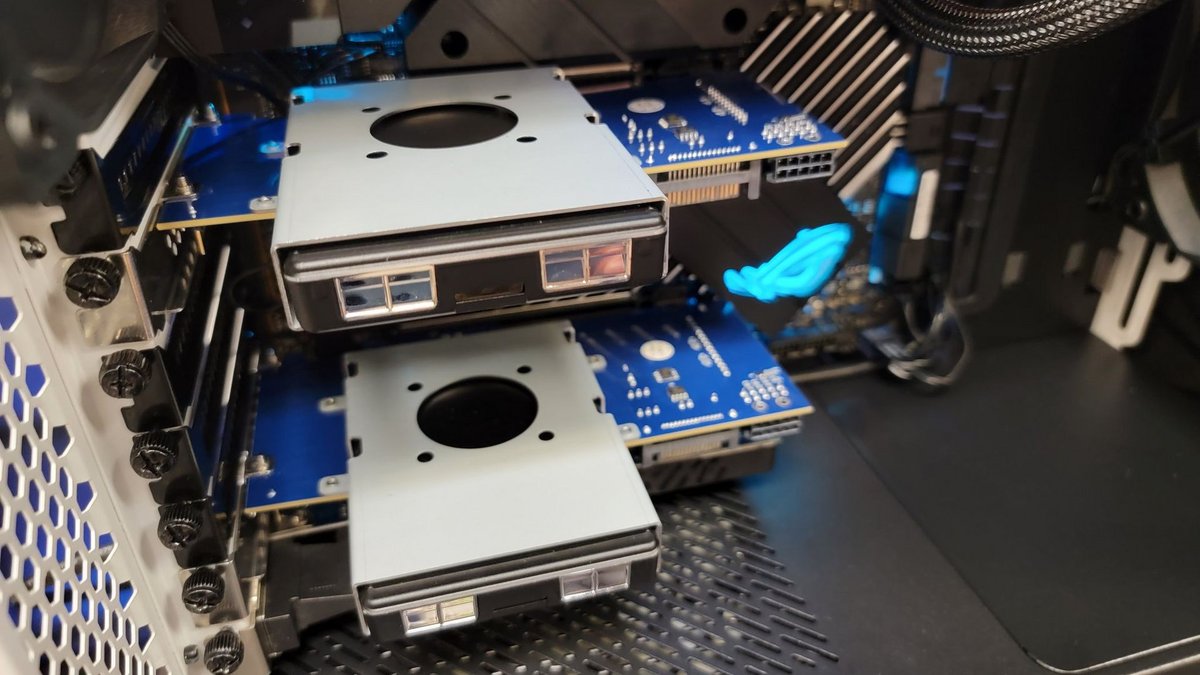 The idea was of course to present the absolutely delusional speeds that can be achieved on such solutions and the result is up to the task. The Samsung SSD was thus able to reach 13.7 Gb / s in sequential read with a single connected disk.

Just to drive home the point, Ryan Shrout removed the graphics card to free all the PCIe 5.0 lanes of the CPU. Two Samsung PM1743 SSDs could then be connected and assembled in RAID: thus equipped, the Alder Lake solution implemented could reach 28 Gb / s, still in sequential read mode. Impressive.

While PCIe Gen5 SSDs are unlikely to become ubiquitous anytime soon, this is an excellent opportunity to explore where next-generation storage will take consumer and corporate computing in the not-too-distant future (possibly around 2023).

Advertisement. Scroll to continue reading.
In this article:intel, SSD