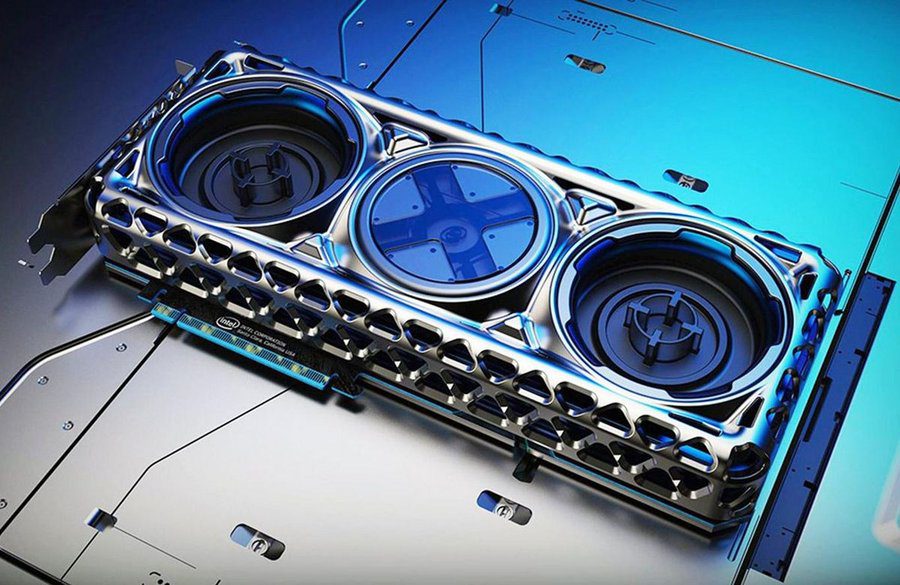 According to rumors, Intel Arc Battlemage GPUs, which will be the successor to its upcoming Arc Alchemist graphics cards, will compete with AMD and Nvidia at the high end around mid-2023.

For several years now, Intel has been emphasizing that it is back in the graphics card market. From conferences to announcements, from keynotes to rumors, we learn a little more about the Intel ARC range without having seen any card in action.

This gap between intentions and reality on the ground should be “erased” during the first quarter of 2022 since the first ARC “Alchemist” cards should finally reach testers, then be marketed, hoping that stocks are at least sufficient.

Always quick to draw the rumor, YouTuber Moore’s Law is Dead is no longer content with Alchemist and today evokes the continuation of operations for Intel. The American has already announced that its ARC range is planned “overtime” with four series in the pipeline.

Intel has thus specified that Alchemist will therefore be followed by “Battlemage”, then by “Celestial” and, finally, by “Druid”. Some rumors had then evoked a possible spread of one generation per year: this would therefore bring us until 2025 with Druid.

Moore’s Law is Dead returns today to Battlemage, the second generation of GPUs which should arrive in 2023. Also known as “DG3”, this next range should revolve around the “Elasti” component and could adopt a new approach.

Of course, you have to keep some distance from these rumors as always, but Moore’s Law is Dead has some good sources. He specifies that Battlemage could adopt a “tiles” or MCM architecture approach to multi-chip-module. Abandonment of the monolithic structure of the chips already observed at AMD on its Ryzen.

In all likelihood, AMD should also do the same on its next generation of GPUs. RDNA 3 will also be one of Intel ARC Battlemage competitors even if Moore’s Law is Dead indicates that Intel has more in its sights the GeForce RTX 4000 and their Lovelace architecture, monolithic, the release of which would take place before the end of the year 2022.

NVIDIA would then have a chronological lead of about six to eight months over its main competitors. All of this of course if the calendar estimates hold true.