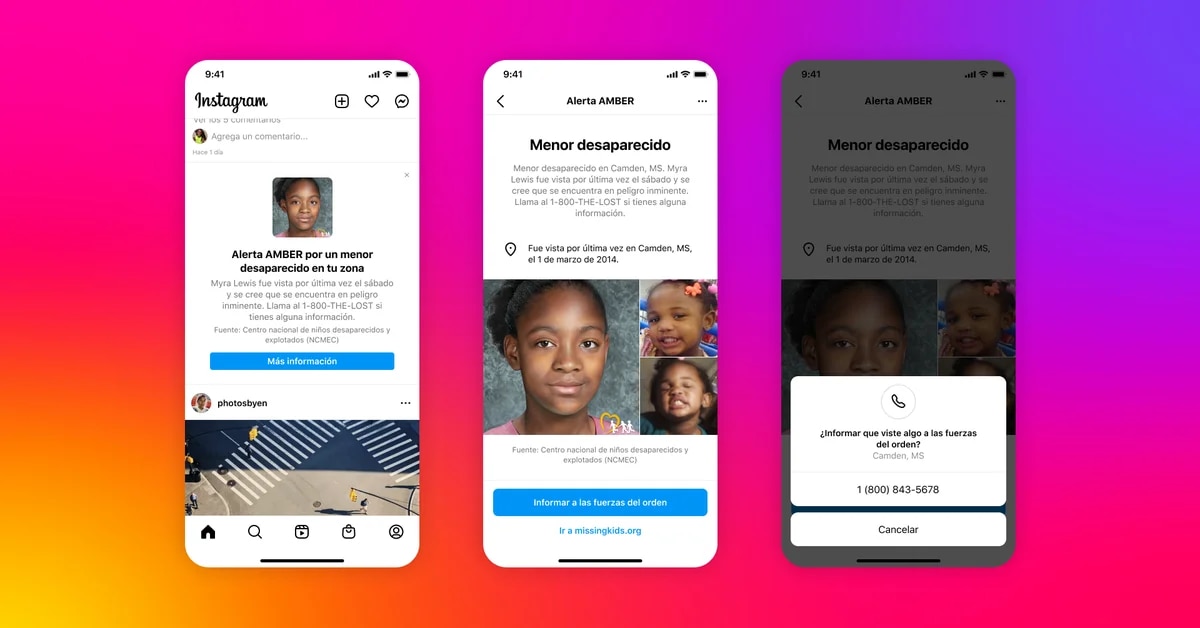 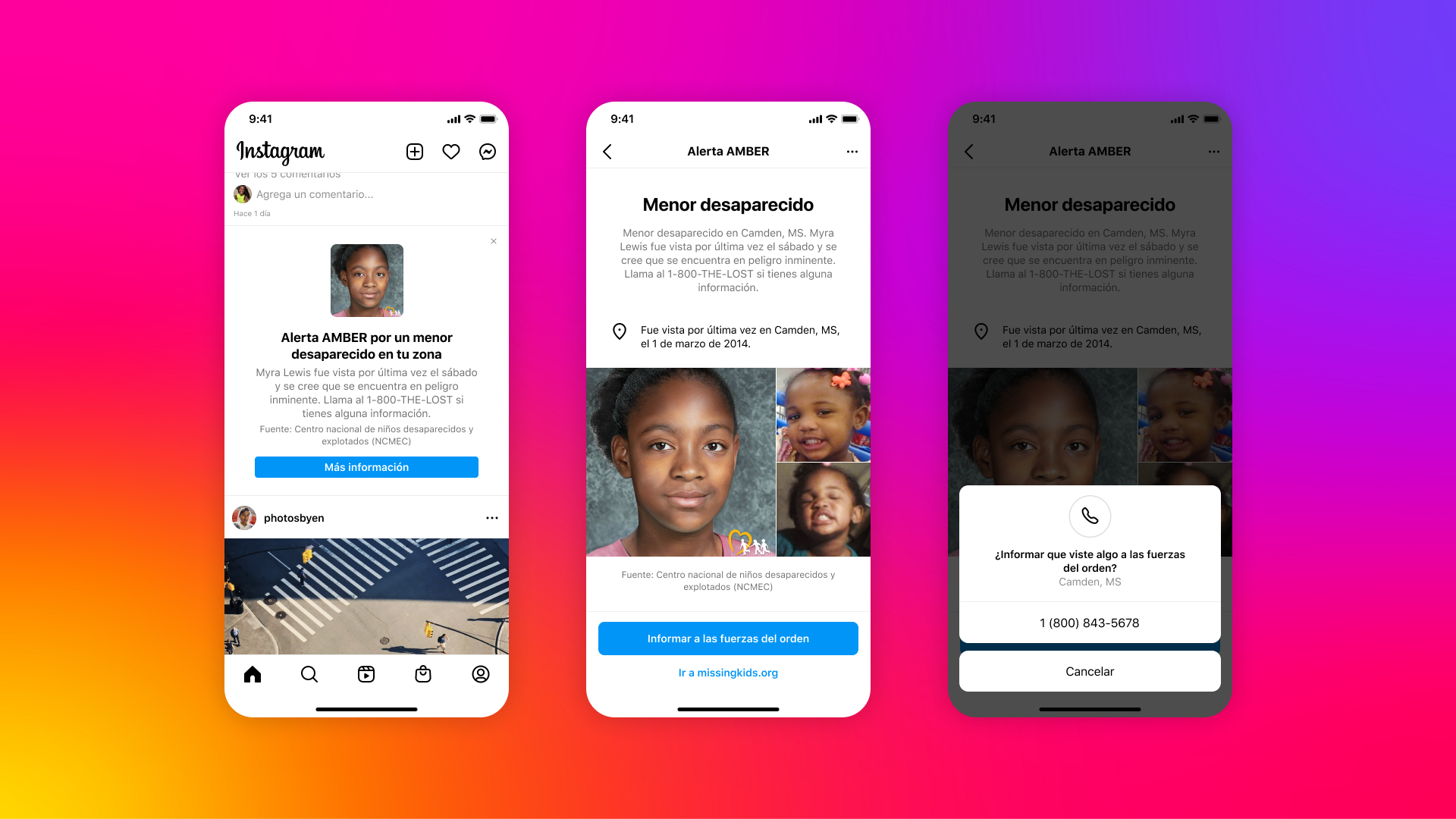 Yoinstagram launched the Amber Alert on Instagram that aim to help find lost girls and boys. Said alert is a notification system for missing minors that is implemented in various countries around the world.

The name refers to Amber Hagerman, a 9-year-old girl who was kidnapped in 1996 in Texas, United States, and days later found dead.

This measure lands in the United States and in the coming weeks will reach another 25 countries, including Argentina, Ecuador, Mexico, Guatemala, Spain and the United Kingdom.

In most countries it will be known as the Amber Alert. although in some a different name will be used linked to some other emblematic case or relevant aspect of their local history.

In the case of Argentina, for example, it will be known as Alerta Sofía, in honor of Sofia Herreraa 3-year-old girl who disappeared in Tierra del Fuego, Argentina, in 2008. In Jamaica, on the other hand, it will have the name of Ananda, in reference to Ananda Deanwho disappeared and was later found dead in 2008.

“We have been working with different organizations around the world and here in the United States with the National Center for Missing & Exploited Children. (NCMEC, for its acronym in English) to launch this project”, said Emily Vacher, director of Confidence and Security of Meta, in dialogue with TechMarkup.

And he added: “Lost child photography is very important and there is no better platform to share those photos than Instagram. We wanted this initiative to be really well done, that’s why we work with different organizations in the world”. 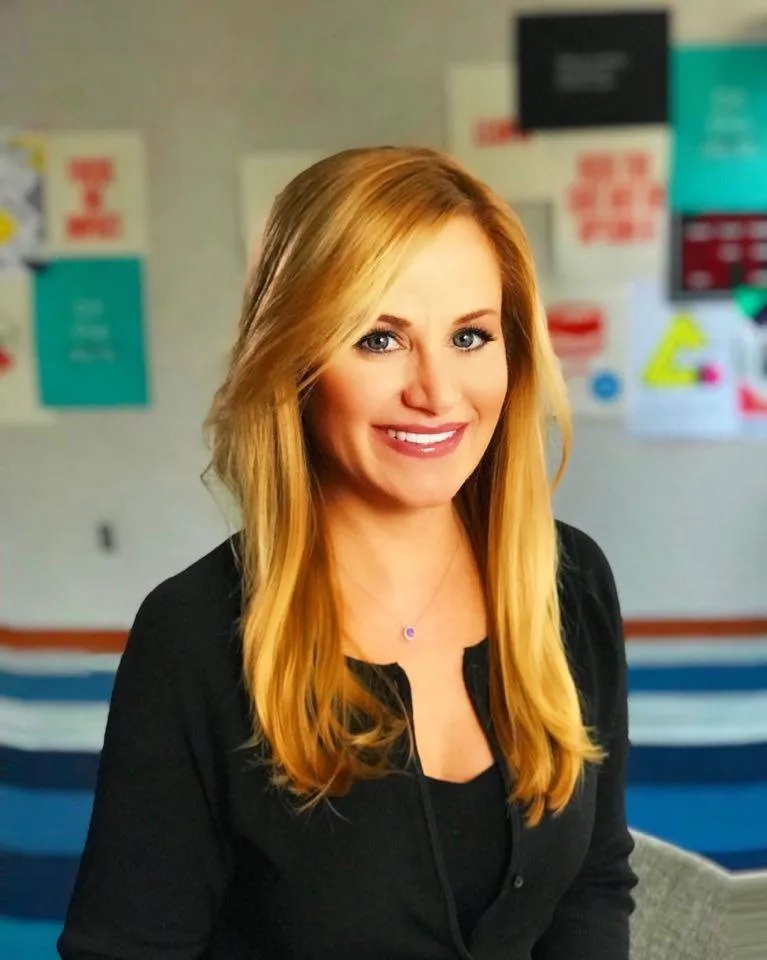 Emily Vacher, Director of Trust and Safety at Meta.

It should be noted that Amber Alerts were initially launched on Facebook in 2015 and in other countries such as Argentina, for example, they have been available since 2019. This tool has been used in different places in the world to find lost minors.

Vacher has been working in Meta for more than 10 years and before that he worked as an agent with the FBI. “As a former researcher, I know that every minute counts when a child goes missing. Getting detailed information about the incident – and, more importantly, a recent photograph of the child – to people who are likely to be able to help can make a real difference in the lives of children and their families. That’s why it’s so important that we expand Amber Alerts to Instagram and bring the service to more people around the world.”

How does the Amber Alert work? 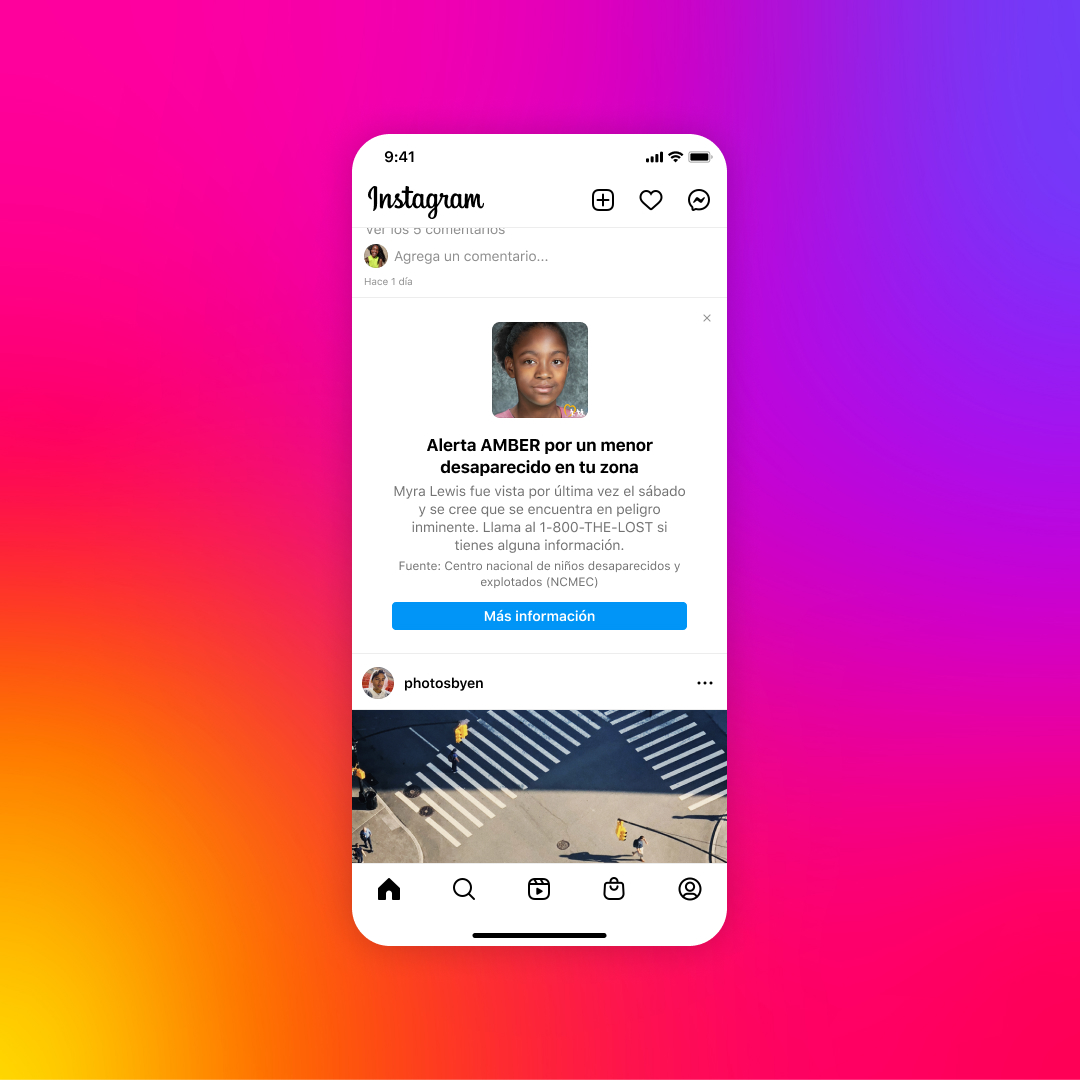 “In each country there is an agency, which can be a government or a non-governmental entity (according to the agreement signed in each country), which is responsible for sending to different Meta offices in the world the photos of the missing minors”Vacher explained.

These Meta offices are global operation centers designed to carry out this particular type of task and operate 24 hours a day, 365 days a year.

The images are analyzed there, and after a process of approval of the information received by the organizations in the world (in the case of Argentina the body that sends the photos and data is the Ministry of Security, in the US it is the NCMEC) , the alert is prepared.

“This notice will only be seen in the Instagram feed of users who are in the search area corresponding to the area in which the minor disappeared. We don’t want to send mass alerts to the whole world, because if people receive many alerts and feel that they can’t help, they will stop paying attention to these warnings, “Vacher explained.

And he added that the radius of distance that is considered as a search area is approximately 160 kilometers away from the site where the minor disappeared. Although there may be some variations depending on the type and size of the city.

In some cases, this limit could be extended if, for example, it is a city that is larger. The point is that it the Amber Alert is sent to those people who are in the specific and limited search area. 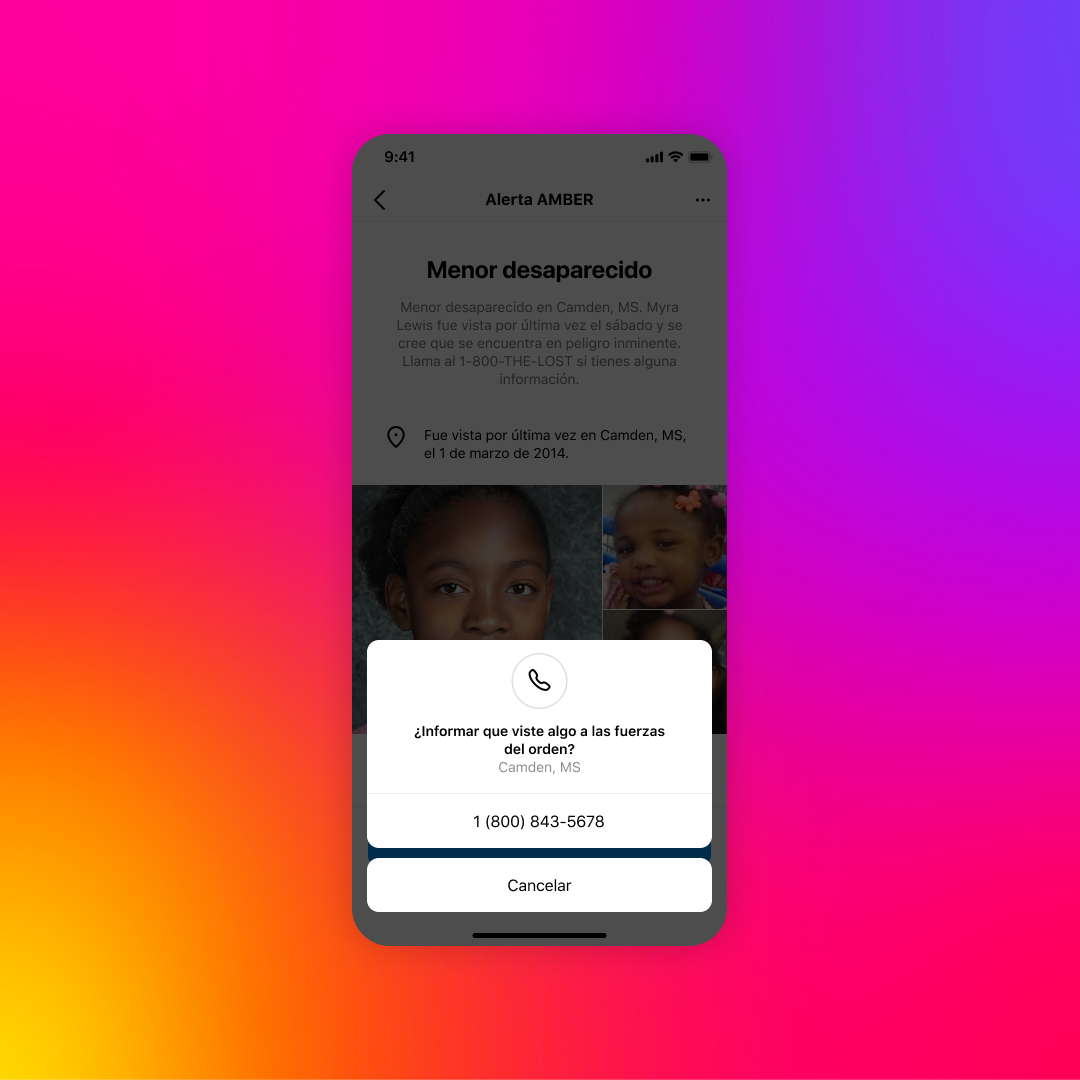 the alert include important details about the child, such as a photo, description, the location of the abduction, and any other available information that may be provided to the public to help in the search.

People will also have the ability to share the alert with friends to spread the word. and help encourage the community to alert if they find useful information on the subject.

Regarding facial recognition in this tool, Vacher stressed that this technology is not used in this initiative. “It’s not about facial recognitionbut to share the photo of a missing child with the community” and to help the community so that it is aware of this situation and can help in the search, if it so wishes.

Regarding future plans in relation to this project, explained that the company will continue to expand the scope of this alert so that it lands in more countries (beyond the 26 in which it is launched these days) and also seeks to optimize the system. Thus, for example, in the future more photos may be added and other tools will be implemented to facilitate the adequate distribution of this information.