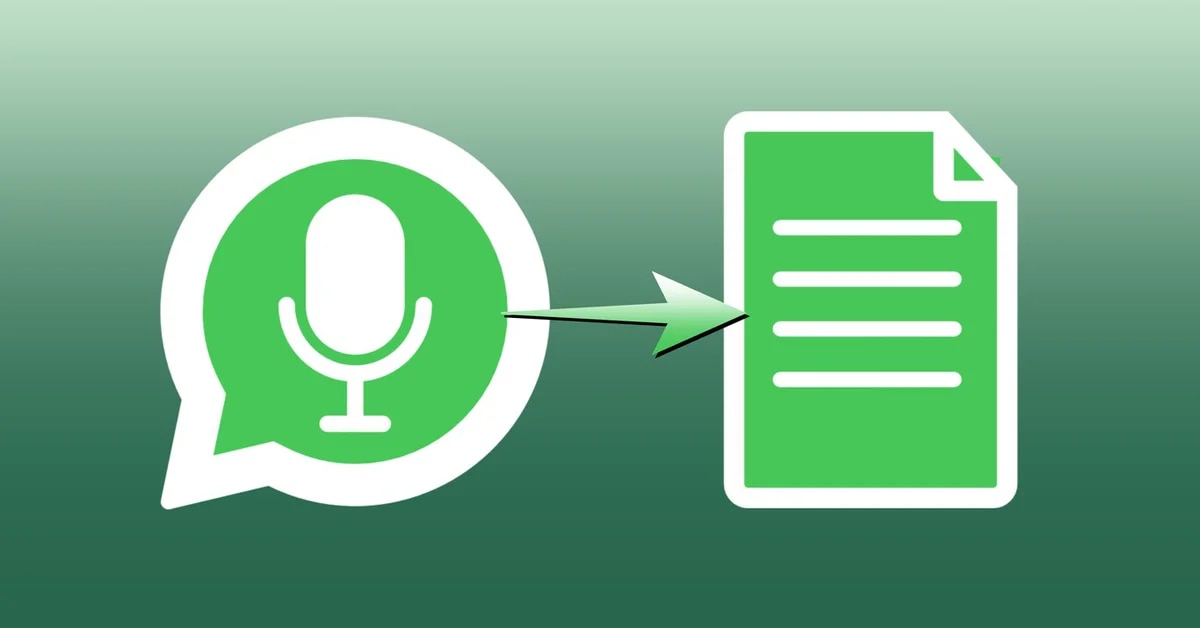 Transcribe audio to text on WhatsApp with the help of a bot. (photo: TN8)

voice notes of WhatsApp: Either they love each other or they hate each other. If the TechMarkup reader belongs to this second group, surely you have come across some applications to convert voice notes into text. There are so many options, and the latest one discovered isn’t even an app: it’s a bot.

This new bot, developed by TranscriptionistZ, allows you to transcribe voice notes to text just by recording an audio in the chat of this contact, or even if they are forwarded. It’s compatible with audios in Spanish, English, French and German. Best of all, you don’t need to install anything extra on your phone to use it.

Before starting, it is important to emphasize that it is available for both devices Android as for iOS. Now yes, everything you need to know to transcribe any audio to text with this bot.

Step by step to transcribe any audio to text on WhatsApp

As WhatsApp decides to integrate functionality like this natively, and that Telegram already has in its Premium version, you can use methods like ‘Alfred The Transcriber’. It is a bot made for WhatsApp and whose only job is to convert these voice messages into text.

Obviously you can save the contact as ‘Alfred The Transcriber’ or any other name as this will ultimately not affect its functionality. 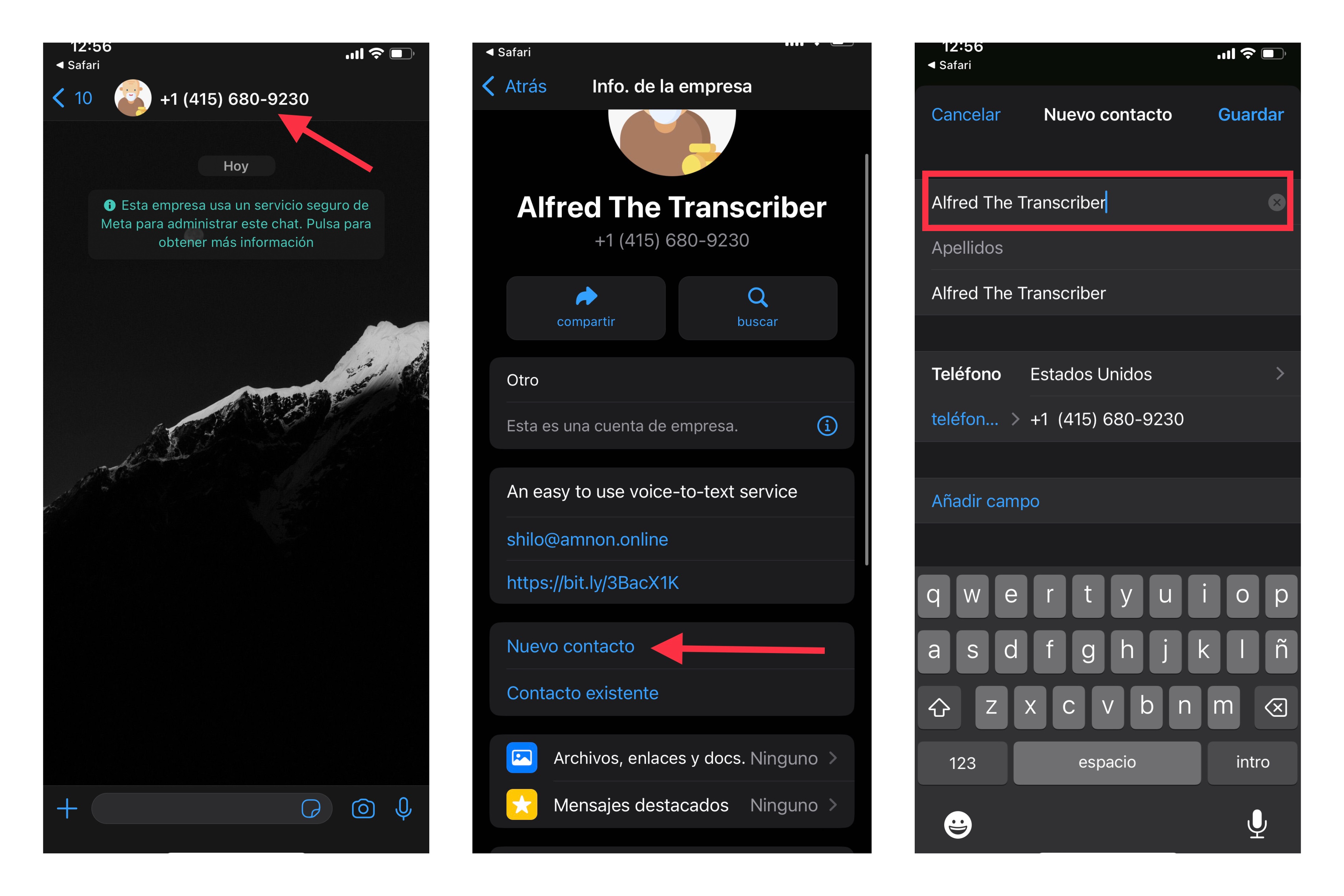 Once this contact has been saved, it is time to open the conversation where the voice note was received, select the file and provide the resend option.

As it could not be otherwise, it is necessary to forward this audio to the new number that was registered in WhatsApp, and in just a few seconds the bot will be working.

First, it will send an automatic message saying “Alfred is typing” and after a while it will send the full transcript of the message. That yes, it must be said that is limited to audio up to 60 seconds.

If you share a voice message longer than 1 minute, you will receive a message reminding you of this limit, as well as being aware of future updates to the bot, which may include extending that time. 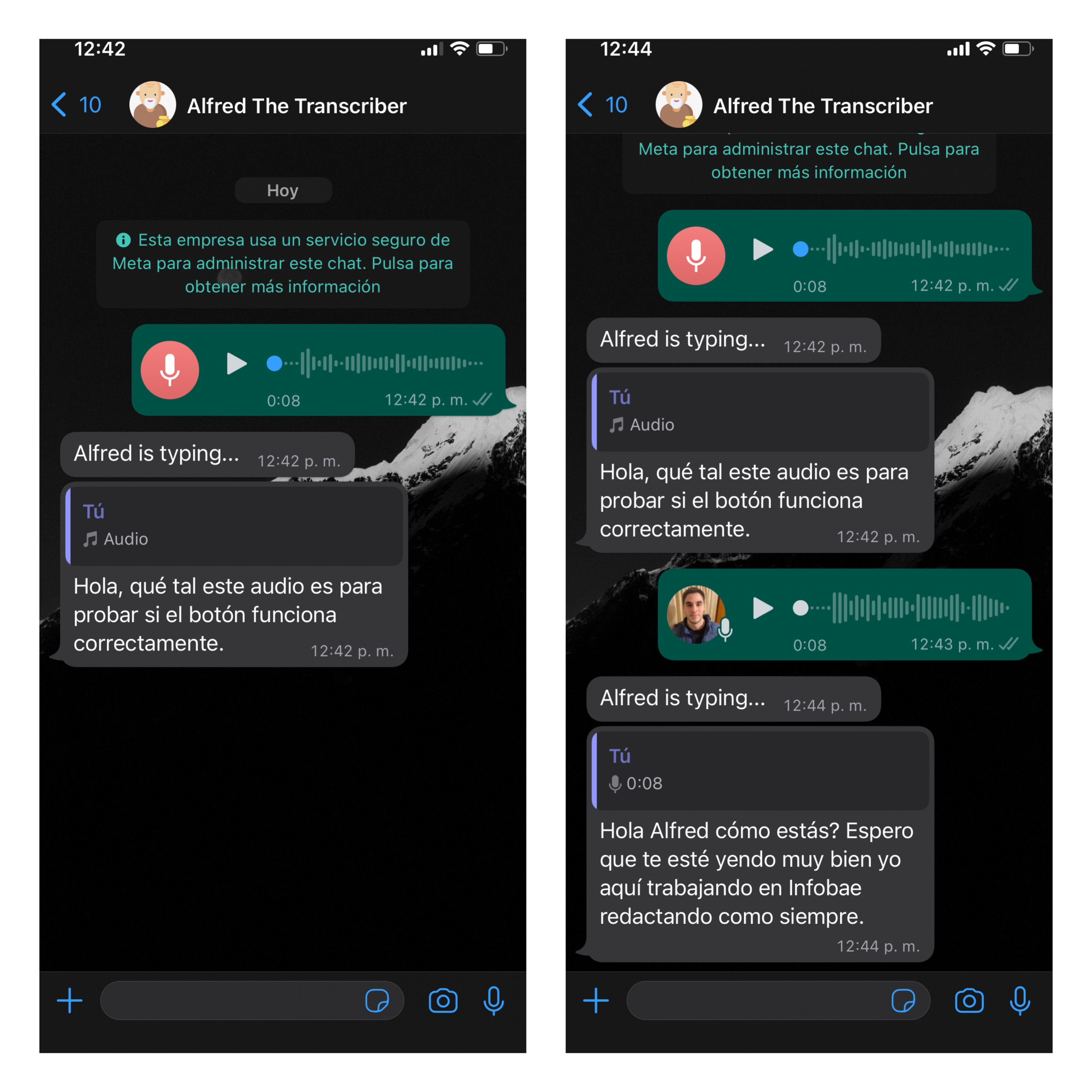 Anyway, at less than a minute of audio, it works pretty well. But, as is the case with audio transcription apps, words can sometimes be mixed up.

It all depends on the pronunciation and the speed of speech, because not everything can be perfectly understood. However, it can help anyone in a hurry (such as urgent interviews that they send by audio) and even better understand an audio, in case the bot can transcribe it. 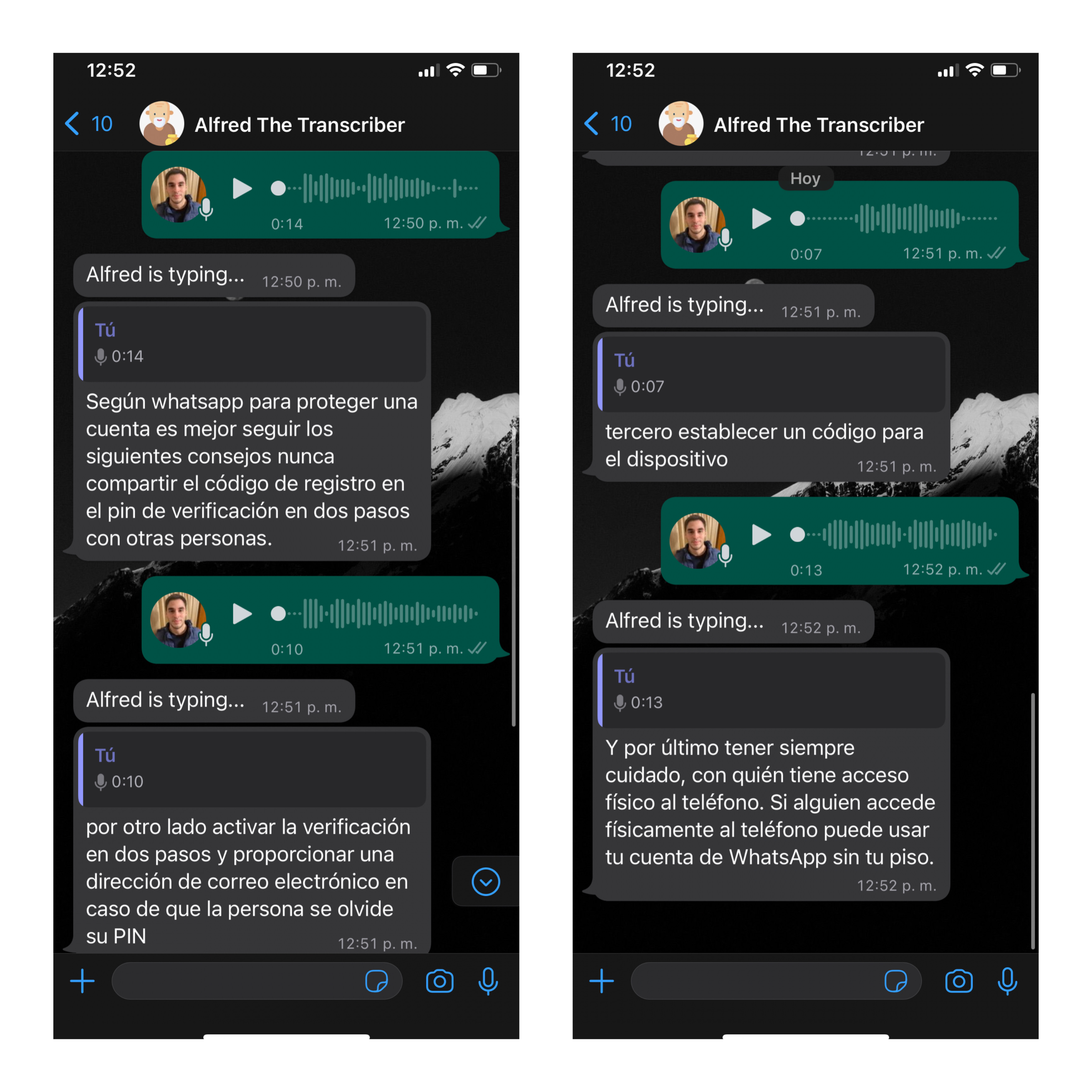 On the other hand, it is important to emphasize that the bot is end-to-end encrypted. Likewise, TechMarkup gives a privacy warning about this bot. As described on the creators’ support page, they won’t share voice memos to third parties, but they will.

So always remember that these private audios will eventually be shared with strangers. The truth is that with the bot, users continue to avoid third-party leaks thanks to WhatsApp’s end-to-end encryption, which is also available in regular chats. 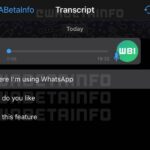 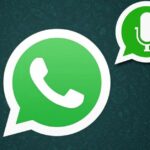 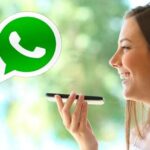 WhatsApp: so you can send audio with Sonic’s voice
In this article:audio, text, transcribe, Whatsapp