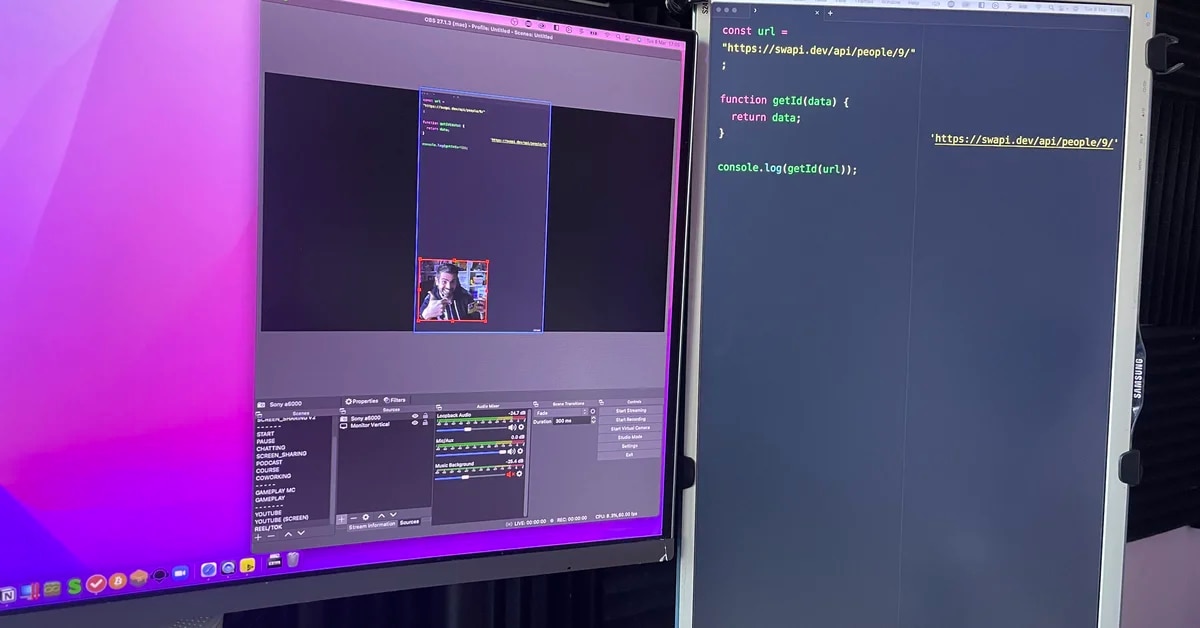 Usually the computers has a preset configuration, in which, the screen is always horizontalhowever, there is the possibility of adjusting it to vertical, that together with another monitor, a professional computer set comfortable.

Surely many have seen desktops with many monitors that appear to be from a hacker. Although it is very colorful, organizing a workspace like this is not complicated and only requires a few clicks.

Rotate monitor from landscape to portrait in Windows

This formula is useful for Windows 10, which is still the most used by PC Internet users. To adjust it, follow these shortcuts:

– Press Ctrl + Alt and the arrow to the left at the same time, so that the screen rotates 90º, remaining vertical.

With that simple command the screen will have been rotated. Below are other rotation options should they be needed.

– To rotate the screen 270º and make the screen vertical but on the opposite side: Ctrl + Alt and the arrow to the right.

– To return to the screen at the place where it was, undoing any of the applied changes: Ctrl + Alt and the arrow up.

In case you have problems when configuring the screen, or you do not have this Windows, you can adjust screen orientation from settings. Once inside the Windows Configuration, you must press the Settings icon in the start or notification panel and then in the System option.

There you must look for the Screen option, and there choose between horizontal, vertical, horizontal (flip) and vertical (flip). After selecting the modality that adjusts to the needs of the desktop, it will be computer set ready.

To return the screen to its original position, simply repeat the same procedure from the configuration.

How to change the orientation from MacOS

– Users with Apple computers should go to System Preferences.

– Then select Screens and choose the monitor you want to rotate and set it to 90º.

– The display orientation should rotate vertically. After that, the adjustment must be confirmed or the action reversed so that it returns to its previous position.

It should be noted that after having changed the direction of the screen, the calibration of brightness, color, among others, could be out of adjustment. To restore them, simply reset the factory system.

Having made the necessary adjustments, you will now have a horizontal and one vertical monitorthat is, two screens at the same time. to identify them in Windows 11 and not lose control, you can go to Start, and then type settings. Select Settings, then System, click Show, and finally Identify.

In Windows 10, the process to identify a screen is similar, by selecting Start, then Settings > System > Display > Rearrange screens, and then selecting Identify.

For organize screens just go to the Screen settings, select the desired one and drag it to the desired position. You can do the same with all the monitors you want to move. When you are satisfied with the changes, just select Apply.