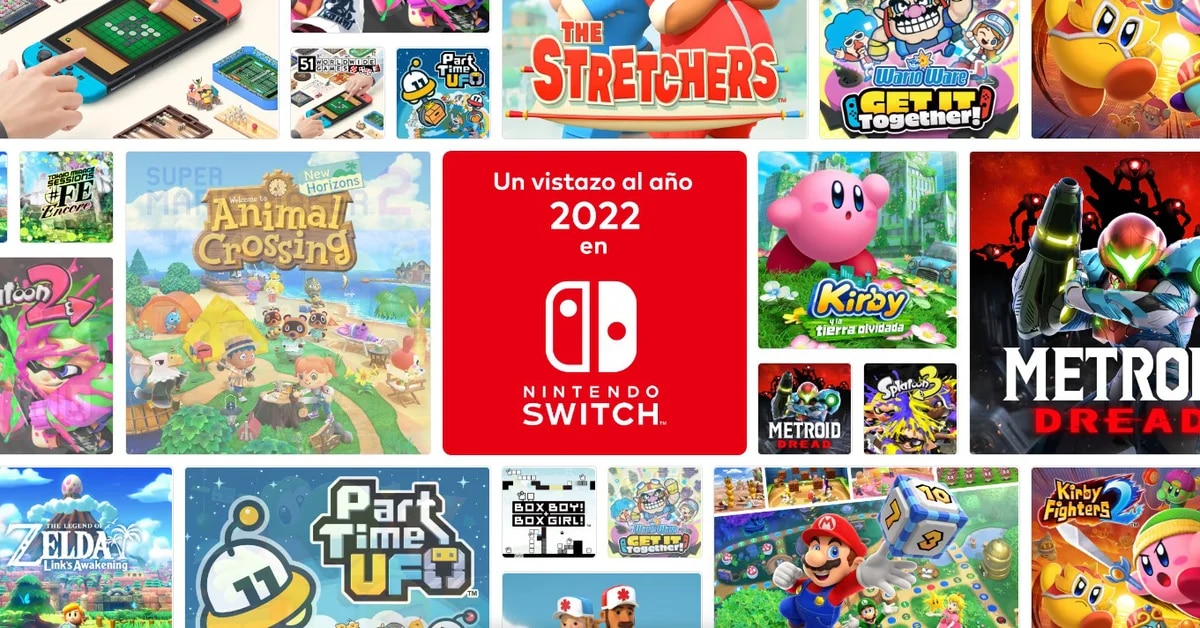 As well as PlayStation already made available its summary of the year, Nintendo He published his own so that players have the possibility to verify all the hours of play during this 2022 and discover which was the title to which they dedicated the most time.

This information takes only what was played in the switchescalculating from January 1 to November 30, so other current company platforms such as the Nintendo 3DS. 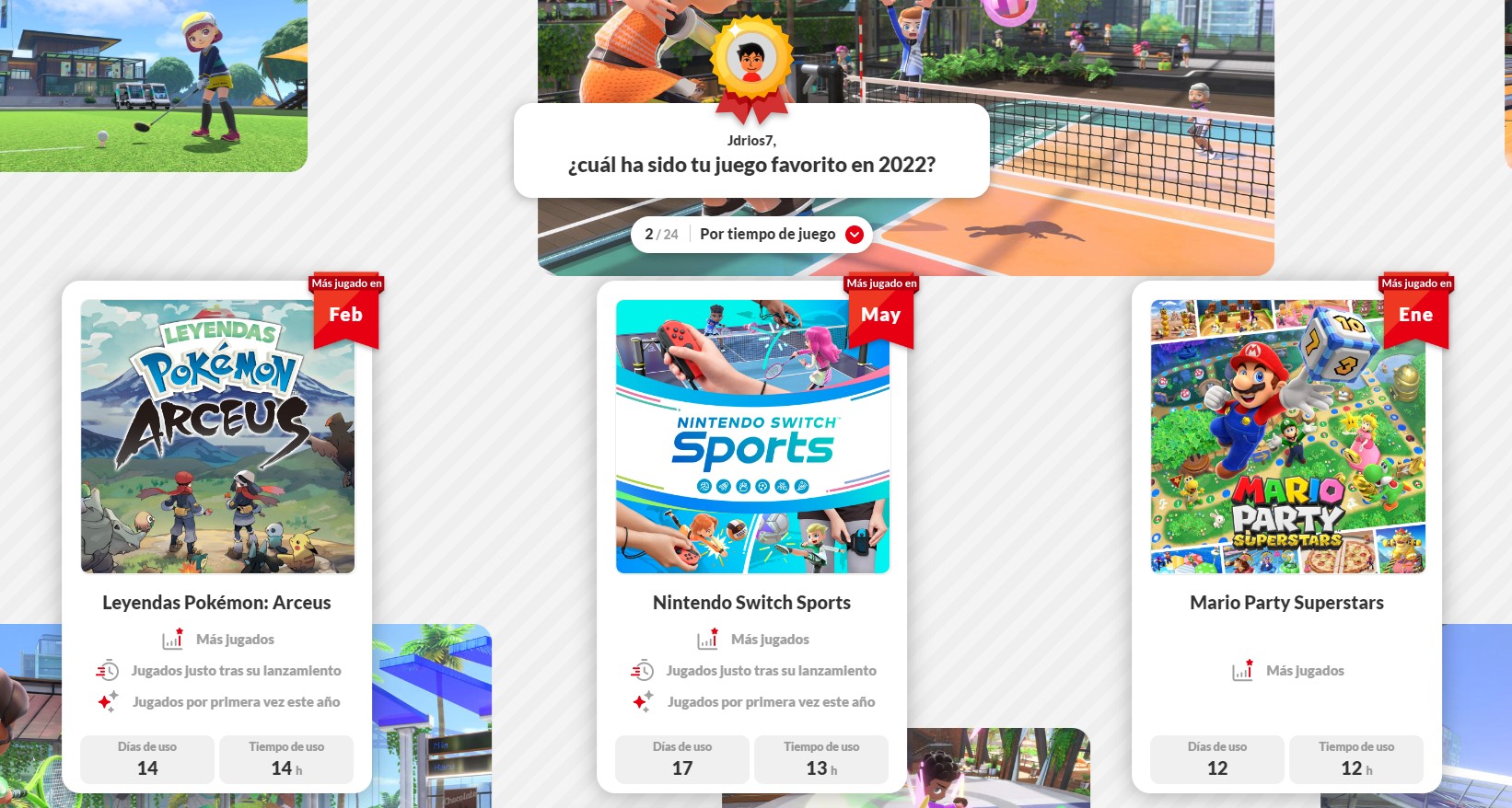 To know this information, you only have to enter this link: nintendo-switch-2022.nintendo.com/es-es/. Then log in with the account used in the console and the data will be loaded immediately.

Initially three cards will appear. The first showing the three most played games in the year. Then that of the three games bought just in the days of its release. Finally, a third panel with information on the three games that have been enjoyed consecutively in the last three years.

After this section will come the most robust part of the summary, because all the games played with that account during 2022 will appear, each one with time data and days of use, as well as information on whether it was played for the first time this year and whether it was right at its launch.

All this information is condensed in a card for each game, which is accompanied by the month in which the title was opened the most times on the console and a button to choose that game as the favorite of the year to share a post with all the details. in social networks. 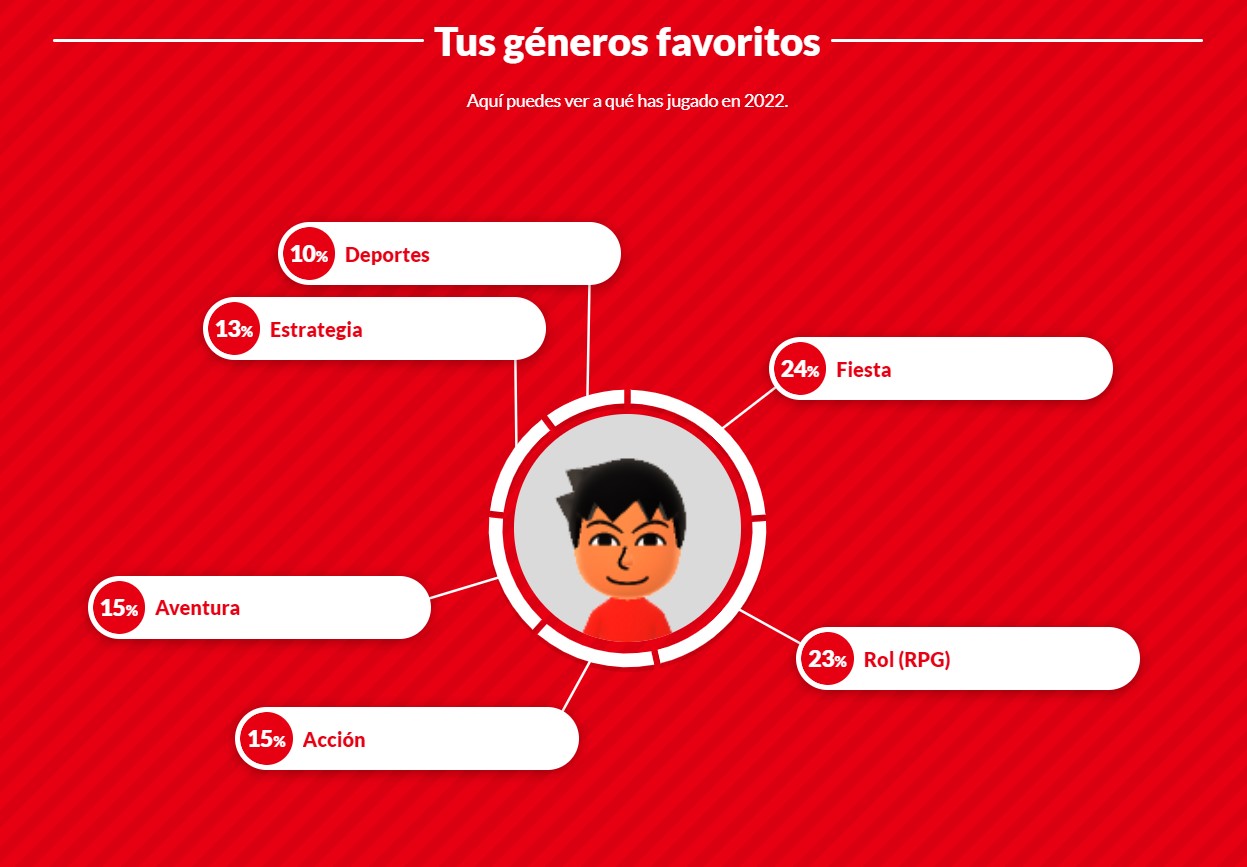 The summary will end with a profile of the player. The image is the Mii of each one accompanied by the percentage of time that was dedicated to each genre on the console, which will be a way of seeing what type of games are the favorites of each one, since at the end the page suggests some titles of interest.

In the last part, Nintendo reminds each user of the amount of gold and silver coins they have in their account to redeem for games or digital items on MyNintendo.

All this summary “will be available for a limited time”, although an exact date is not given, it could be closed at the end of the year as has been the case in past years. How to view the summary of PlayStation

The other Japanese company also made available to users a summary with its annual data, which will continue to be updated in the remainder of December so that players can obtain a consolidated for all of 2022, since they have a deadline to download the data until January 13, 2023.

To see this summary, you must enter this link: https://wrapup.playstation.com/ and log in. For those who have extensions installed on their computer, the suggestion is to pause them to see this information, because there have been errors loading the page or it takes too long.

Within the site you will see data such as the total time played, the number of titles enjoyed, the trophies obtained and the games downloaded from Playstation Plus.

Each of these options can be opened to see the details of each one with information on each game, its comparison with the rest of the account and that of the rest of the players worldwide.