Planes will allow connecting to the 5g network. (photo: FlyNews)

The great hassle of making a plane trip without being able to enter social networks either Applications that can only be used with the internet. This is thanks to the European Union, which will allow airlines to install 5G antennas for users to use during the flight.

This can have two sides of the coin, since a person can get the most out of their apps using the internet, but surely there will also be passengers who will not let the person next to them sleep, since they will be using their cell phone the entire trip.

In each of the flights, it is important that they put on smart devices such as cell phones in airplane mode, and this may change in the coming months, as announced by the company itself. European Comission, where flying will not be so boring because you can use your cell phone at full speed.

This change will essentially allow passengers to use their cell phones during the flight as they normally would on the ground. The European Commission has adapted the legislation to comply with the latest technologies of communication, but Thierry Breton, the internal market commissioner of the European Union, pointed out that “the sky is no longer the limit when it comes to high-speed and high-capacity connections”. 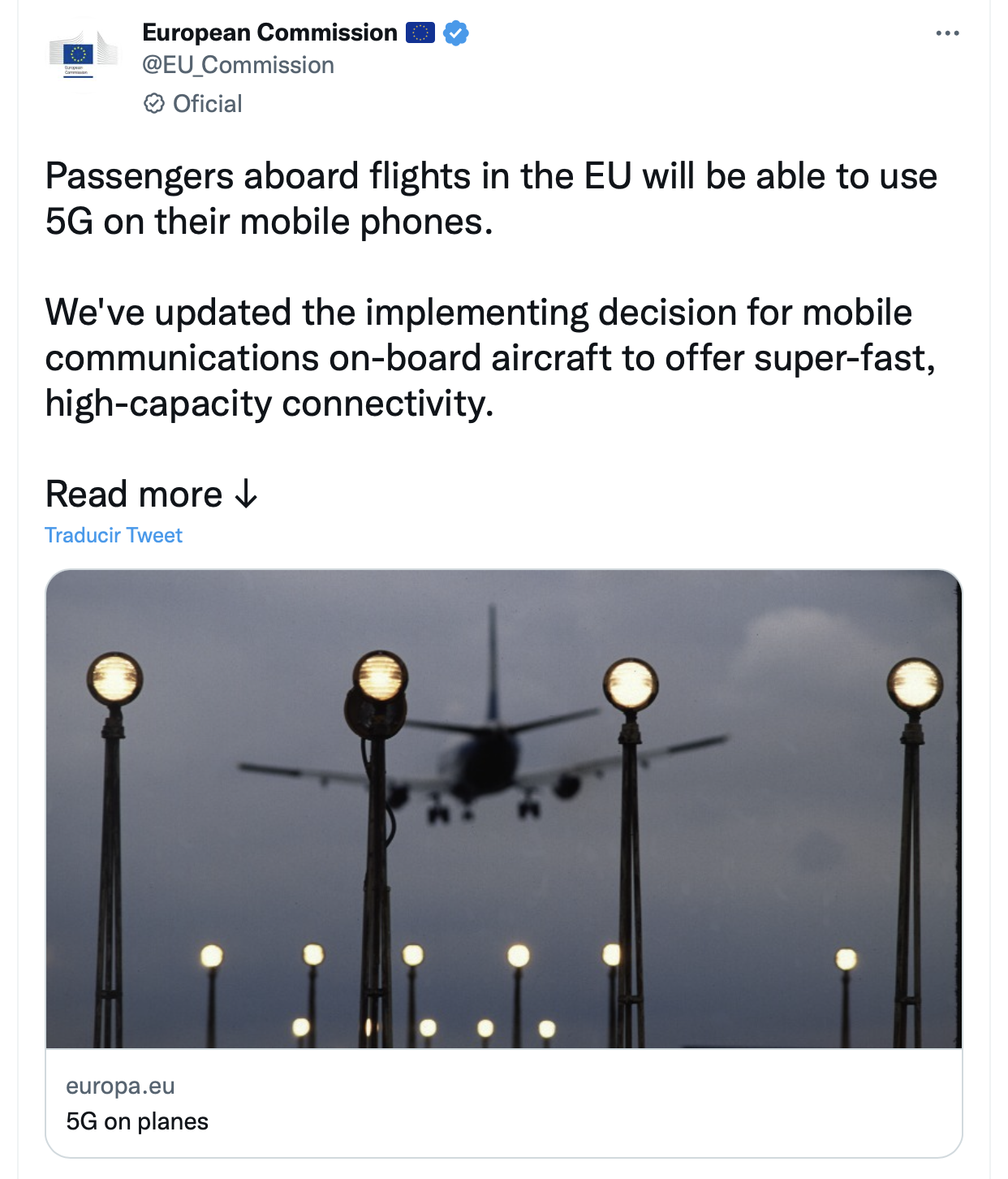 For this, calls will be used. “picocells” that will be installed on aircraft, allowing coverage 5G security and a connection with satellite transmitters around the world for communications.

This “picocell” allows calls, text messages and data transmission via satellites to mobile phone receivers on the ground.

The 5G network will be the future of smartphones and communications

This change from the European Union will not only benefit airlines and air travel, but will also open up 5G frequencies for Wi-Fi connections in cars, buses and other modes of transport.

“Airlines will be able to bring the latest 5G technology to their aircraft, alongside previous generations of mobile technology, as the EC has updated the enforcement decision on spectrum for inflight communications, designating different frequencies for 5G in flight”, underlines the European Comission.

In this way, putting the airplane mode on mobile phones, tablets and computers has its days numbered, and perhaps also the breaks in mid-flight. 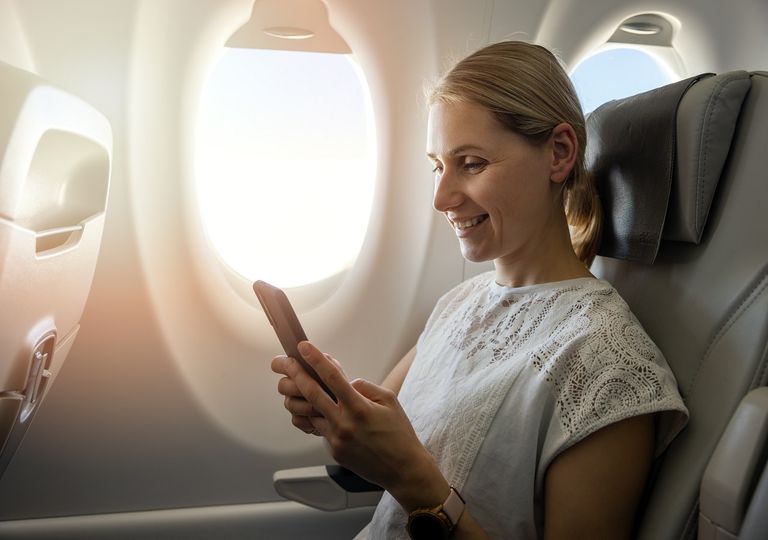 5G network being used on a plane. (photo: Meteored)

What does it mean for a country to have 5G?

It should be noted that networks such as 4G and 5G allow people to stay connected while on the go, and each of them allows a different speed. This fifth, in addition to transferring data at more than 10 gigabits per second -which is higher compared to 4G networks that offer speeds close to 50 megabits (a gigabit is 1,000 megabits)- is more secure.

Despite the fact that it will initially operate on cell phones, 5G technology goes further, as it also you can connect integrated sensors in almost all devicesfrom agricultural machines to medical devices, successfully creating the concept called “internet of things” (IOT).

Beyond connection speeds, the new generation of networks brings another series of benefits, for example, thanks to “adaptive bandwidth” it will allow the phone to automatically switch to faster internet speeds and consume more battery only when you need them.

In addition, it will also give a better access to services and applications of Augmented reality, Virtual reality Y video gamethanks to the connection is more agile and advanced. Because of his hyperconnectivity it will be possible to connect a greater number and type of devices in real time.