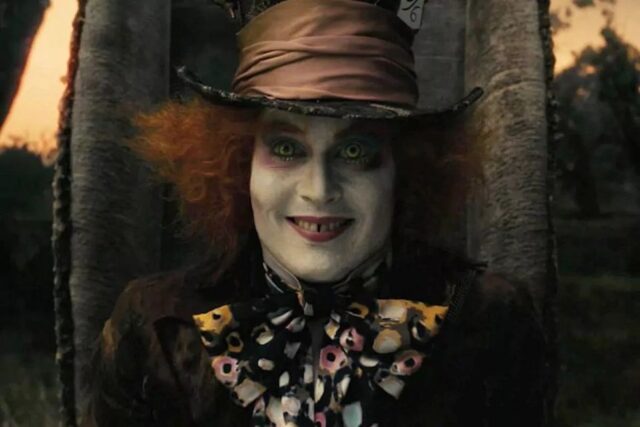 Although the filmmaker Tim Burton wanted the actor Johnny Depp in the cast of Wandinhahis last project carried out in partnership with Netflix, the wish was not granted, given the controversies that the latter has been involved in lately.

Despite this, the two worked together several times in the cinema, yielding iconic characters in diverse productions. In all, Depp participated in 9 of the filmmaker’s films, showing that this partnership between them has lasted for some good years.

In this way, below, you can check out more about these films. Enjoy the list!

The first partnership between Depp and Burton happened with the release of Edward Scissorhands (Edward Scissorhands, in the original) in 1990. In the role of the titular protagonist, the actor was only 27 years old when he gave life to sweet Edward.

The plot focuses on a lonely being, who has gigantic scissors for hands, who, upon being welcomed by a suburban family, falls in love with their teenage daughter, in this case, Kim (Winona Ryder). 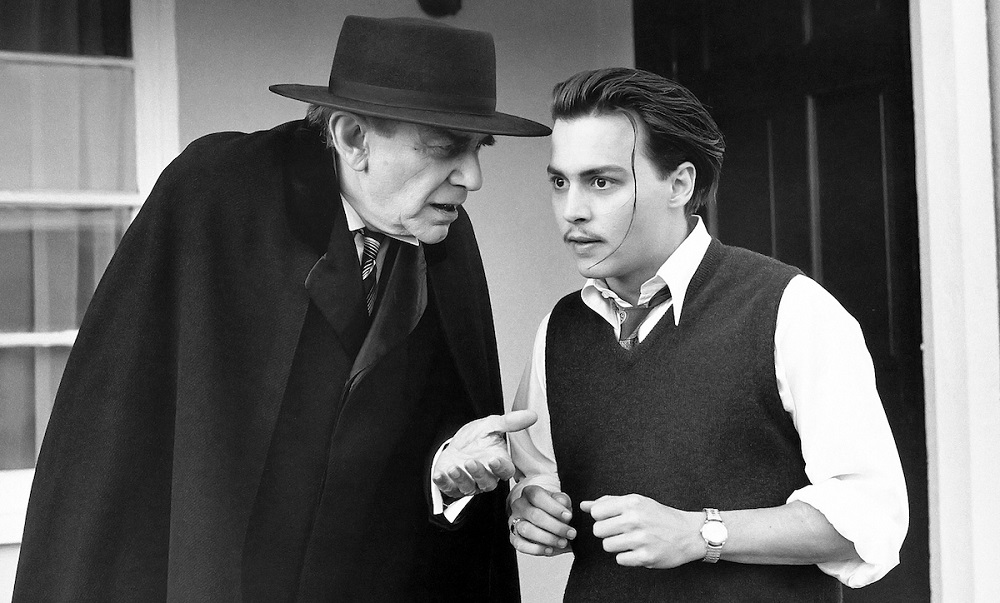 Have you heard of the worst filmmaker of all time? In this fun biopic, Johnny Depp gives life to Ed Wood, a man completely in love with the seventh art, who decides to make his own films in partnership with a great idol: actor Bela Lugosi (played by Martin Landau).

The feature film builds on Wood’s growth in the film industry, where he was billed as the world’s worst director for all his wild ideas. 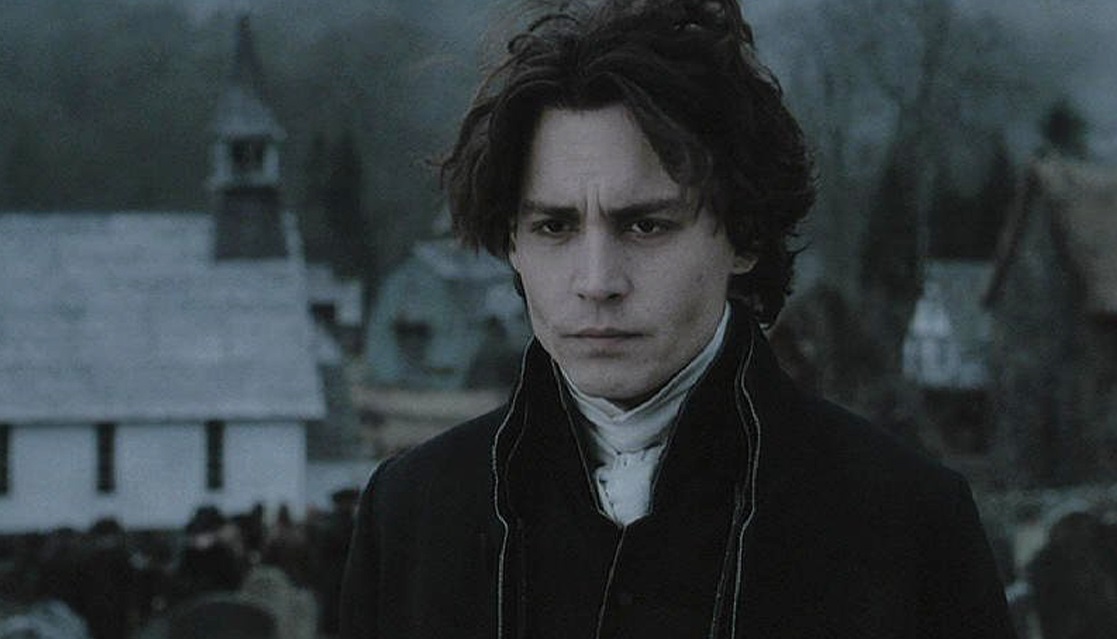 Based on the short story of the same name by American writer Washington Irving, the film tells the story of Ichabod Crane (Depp), an investigator who travels to Sleepy Hollow County to investigate a series of sinister murders.

There, he meets and is enchanted by Katrina Van Tassel (Christina Ricci) and the two live a deep romance throughout the atmosphere of mystery. 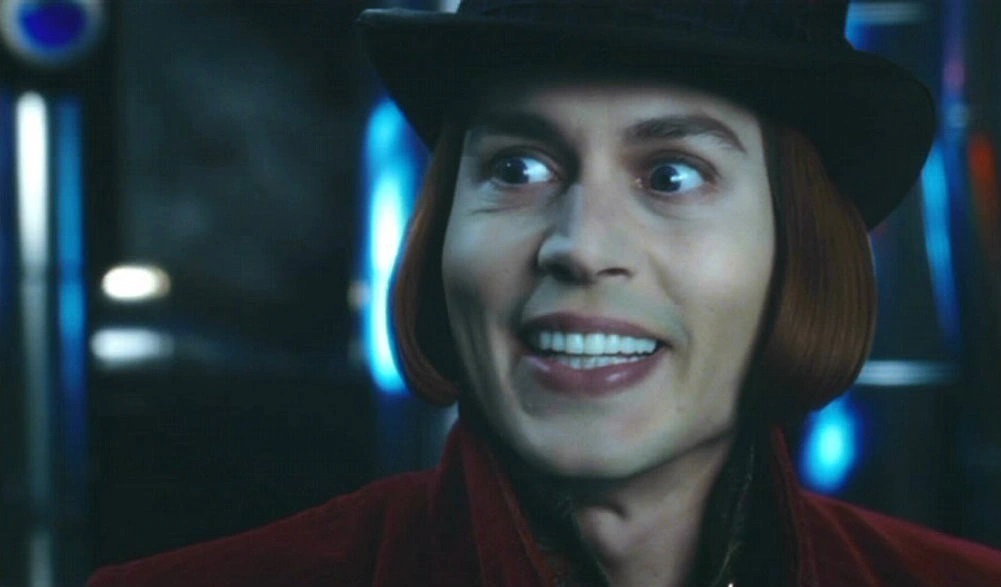 In a remake of Roald Dahl’s novel, Tim Burton cast Johnny Depp as Willy Wonka, an eccentric chocolate maker who creates a must-try promotion for every kid in the country.

On the guided tour by Wonka himself of the factory facilities, some unexpected issues happen, arousing some fear in poor Charlie Bucket (played by Freddie Highmore). 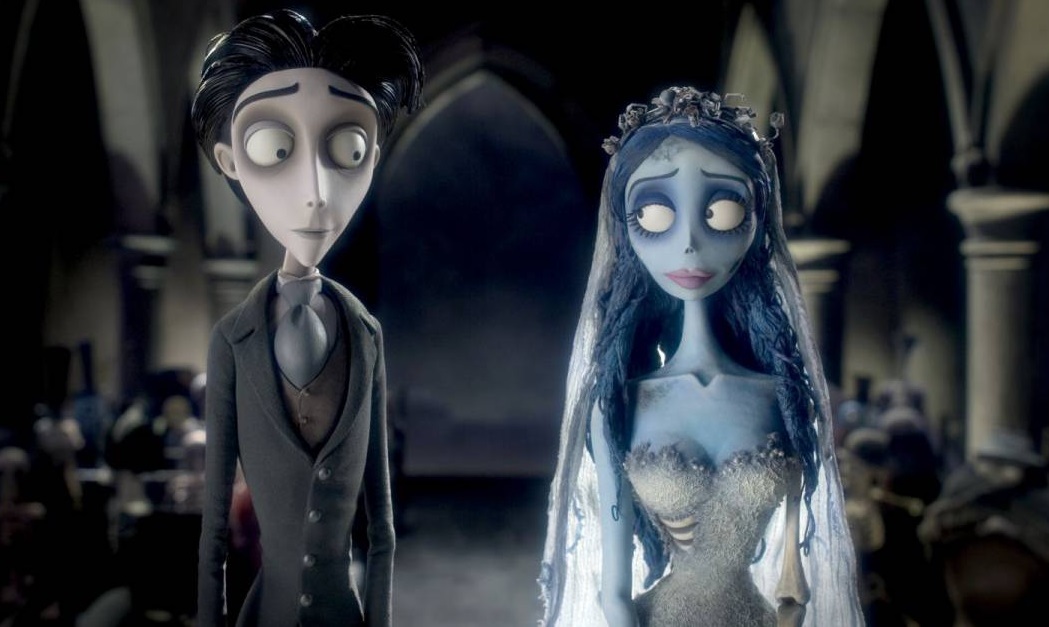 In this spooky animation, Burton developed more eccentric characters alongside Mike Johnson. Based on a screenplay by Michael Cohn, Caroline Thompson and Pamela Pettler, the feature tells the story of Victor Van Dort (voiced by Depp), who, while rehearsing his marriage vows in a dark forest, ends up touching Emily’s (Helena Bonham Carter), who was murdered on her wedding day. With that, the Corpse Bride takes him to meet the world of the dead. 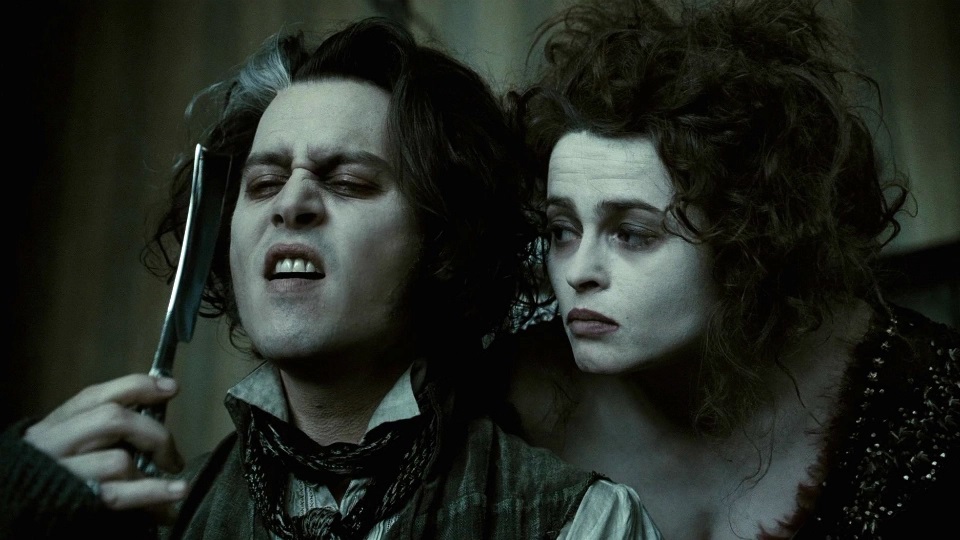 A few years after joining Tim Burton’s voice cast for an animated film, Depp returned for the filmmaker’s adaptation of one of Broadway’s most terrifying musicals.

Set in Victorian-era London, the film focuses on Benjamin Barker, who wants revenge on Judge Turpin (Alan Rickman) after being wrongfully imprisoned for over ten years. 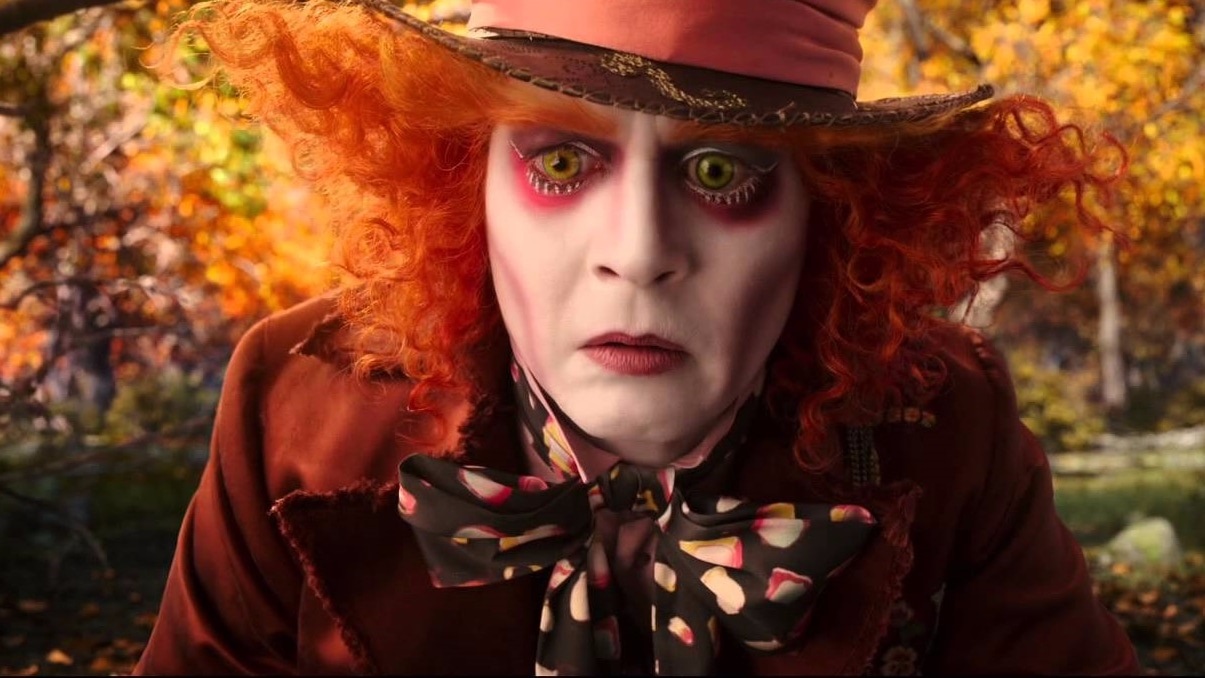 Somehow, by participating in this new version of the classic of universal literature, Depp enshrined the mad Hatter as one of his most striking characters, mainly because of his look.

In addition, the actor’s performance was highly praised amid Burton’s more conventional direction. However, at the time of the film’s release, their partnership was at its peak. 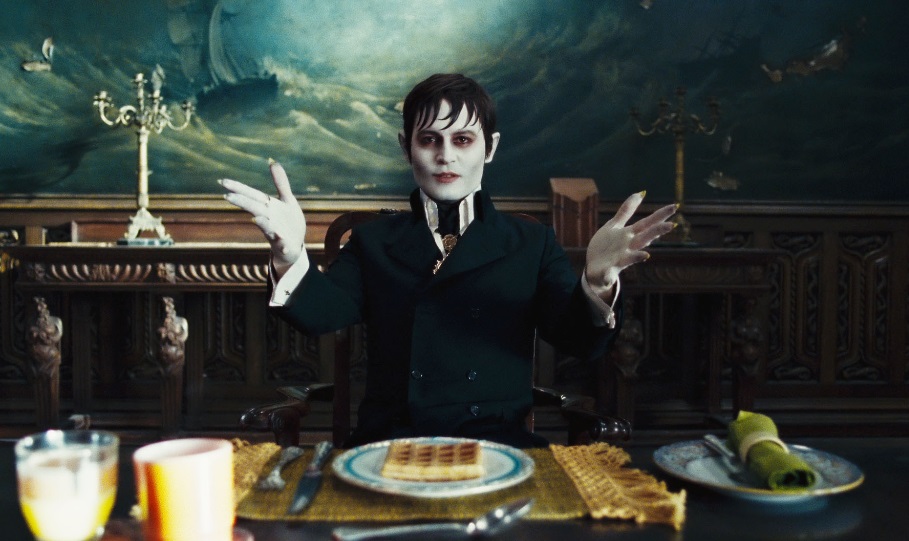 It didn’t take long for Depp and Burton to meet again at the cinema for a fun feature film full of curious characters. In production, Barnabas Collins consists of a vampire who was cursed by a witch in the 18th century. However, two centuries later, he is awakened and needs to learn to deal with modernity. 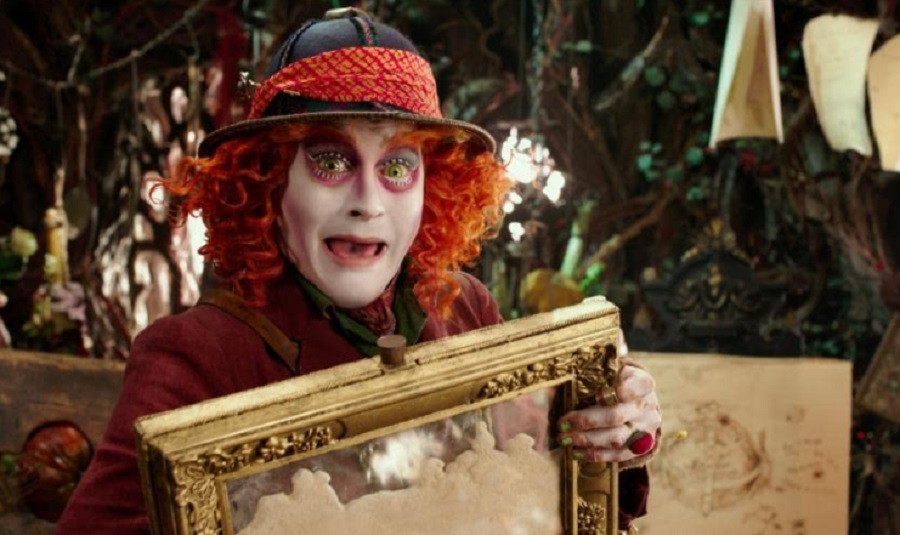 To close the list of Tim Burton productions with Johnny Depp, it is necessary to talk about the continuation of Alice in Wonderland. In the 2016 film, the Mad Hatter returns for a new adventure.

After Alice (Mia Wasikowska) walks through a mirror and returns to Wonderland, the young woman discovers that both her and her friends and family are in serious danger.