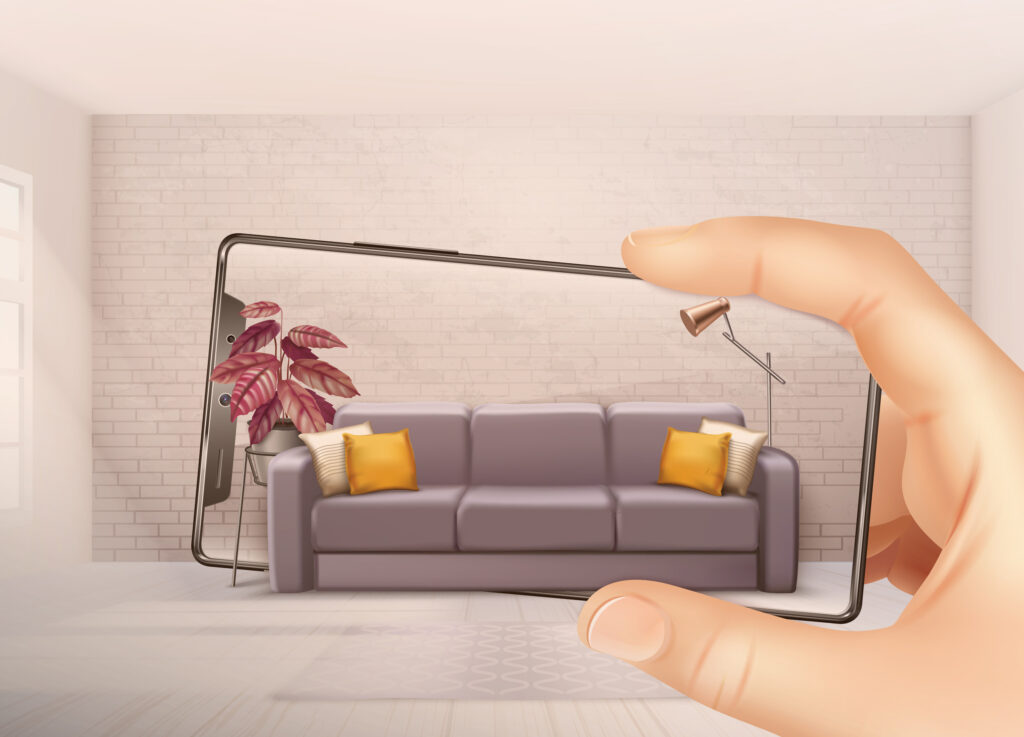 Augmented reality is a tool used by online furniture stores for users to verify how the object would look in a certain place.

Augmented reality is a technological innovation that is being widely used, especially by retail companies, thus becoming a trend that will remain in people’s daily lives for a long time.

The first approach that people had in a massive way with this technology was with the game of Pokemon Go, where the participants through their mobile phones saw the characters of the famous television show as if they were in front of them.

After this event, this digital tool has continued to be developed for videogames and cultural and educational spaces, but especially in commerce, which is where it has been most benefited, since customers of retail companies have enjoyed these functions for their purchases, according to various studies.

In addition, companies also point to this technology as a form of marketing since, due to the attractiveness of the augmented reality experience, many people would be entering e-commerce to “play” thus attracting web traffic.

However, it is not only from online stores and supermarkets where people could enjoy this technological service, since the cultural and educational sectors have also been interested in developing strategies based on augmented reality. An example of this has been the most important museums in the world such as the Louvre, which due to the pandemic launched similar technologies so that people could enjoy the works of art found on this site but from the comfort of their homes in anywhere in the world.

However, there are studies focused on the market that detail that companies are the ones who have the greatest possibility of taking advantage of these technologies, because they have shown that people have a positive predisposition to these technologies.

One of the most notorious cases has been the well-known furniture brand Ikea, which created an application through which people can see the brand’s furniture in real size and located inside their homes.

A study by the firm Retail Perceptions reported that 71% of people would buy from a specific store if it allowed them to experience the product and its services with augmented reality.

But then what is Augmented Reality

It is considered a technological creation that offers interactive experiences to users by combining the virtual dimension with real physical spaces. In other words, it combines elements that are not real and that only exist in the digital world with physical space through cell phone cameras and other devices.

People tend to confuse or consider that virtual reality and augmented reality are exactly the same, however they are not the same and differ in certain aspects.

On the one hand, their similarities are that people can experiment with things that aren’t tangible or real in the present time, like the aforementioned Pokemon Go game or the metaverse goggles that people wear and can feel like they’re wearing. inside another place either real like a famous city or artificially created.

On the side of its differences is that augmented reality integrates digital elements in the real world, while virtual reality creates totally new places that have nothing to do with current and real space.

José Loaiza, Vice President of Omnichannel and Innovation at Grupo Éxito, explains that augmented reality is created through three-dimensional modeling, normally existing elements are replicated using typical product photographs as a guide, then they are uploaded by connecting to the store virtual but these 3D creations are stored outside the website.