All those who have had at least one, or are frequent users of this invention of Manzanathey will be able to realize how important it has been the evolution of iPhone through the yearswhich, little by little, with advances technological revolutionary in every way, has shaped the smart phones that are known today.

And it is that just on January 9, 2022, it was 15 years since Steve Jobs presented the first iPhone in history before the eyes of the worldthe same that would be the origin of the almost 30 models that have been in mind since 2007.

That’s why, and by the way that tomorrow, Wednesday, September 7 will be the Apple event TechMarkup brings this article so that readers can learn more about how the iPhone has evolved, which is the worst iPhone, which is the best-selling iPhone in history and other curious data.

The first iPhone in history barely had a memory capacity from 4 to 16 GB and a single 2 MP (megapixel) rear camera.

this little first device It was the great technological revelation of the moment, which ultimately revolutionized the mobile phone industry.

So, it was an innovative product that managed to integrate, in a single device; a mobile phone, a music player and a stable internet connection via Wi-Fi.

Also known as iPhone 1 or iPhone 2G, it also had an unprecedented touch screen, a 5-inch IPS. 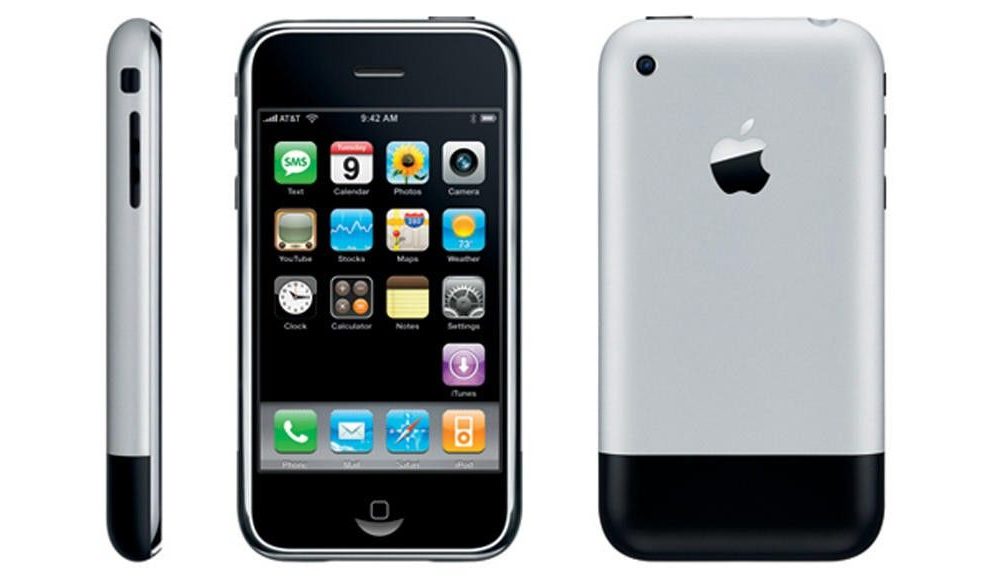 iPhone 3G: the arrival of the App Store

The order of evolution of the iPhone began with the iPhone 3G, and as its name indicates, included 3G connectivity. It was practically a copy of the previous one, but with some important differences.

In terms of design, it was a little thinner and now had a metallic outer edge. Nevertheless, The big change came with the inclusion of the app store (at that time with very few Applications) and the A-GPS (assisted GPS).

Next, the iPhone 3GS was the first intermediate version between generations of iPhone it happened with the 3GS (by speed).

With him, there were not many changes in appearance, but yes in hardware: the processor and RAM memory were doubled. Increased the capacity to 32 GB. It had voice commands, a compass, and a 3 MP camera with autofocus and white balance.

It was the first iPhone that recorded video. Also, for the first time, there was a different color: white.

iPhone 4: with the first selfie camera

The arrival of Iphone 4 It was a direct hit on the competition. One could even say that there the battle of operating systems began iOS vs. Androidwhich at that time was in diapers.

With this phone there was a leap in power compared to the iPhone 3GS: it was more notable iOS system evolutionas it released the iOS 4 version, which included multitasking, wallpapers on the home screen and a 5 MP rear camera with LED flash and HD recording (720p). Incorporated the first selfie camera iPhone VGA.

It was the last phone presented to the world by Steve Jobs before his death. 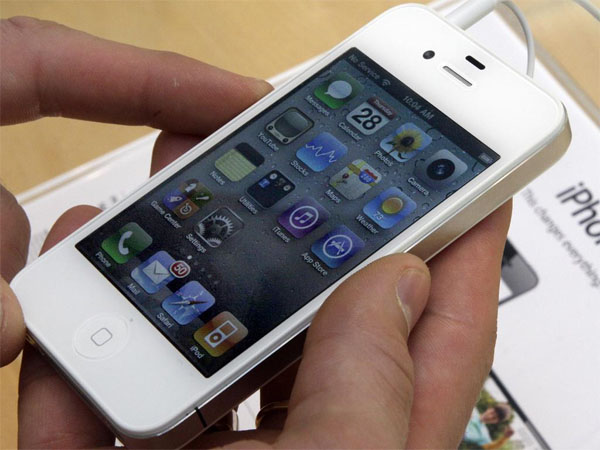 The Iphone 4s introduced to Siri, the iOS personal assistant. It already had an 8 MP camera with 5 lenses recording and editing in Full HD (1080p). 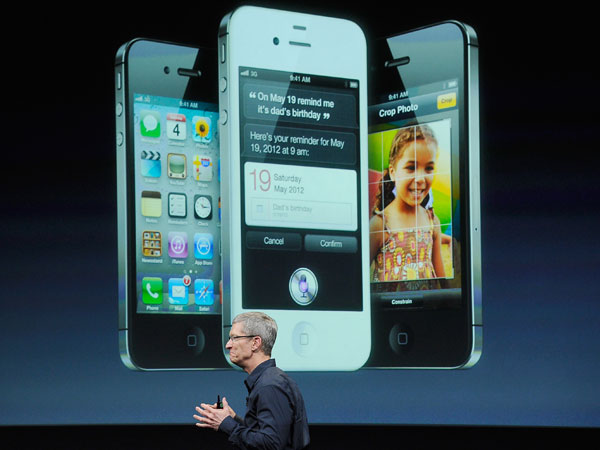 iPhone 5: starting to grow in size

It is said that the iPhone 5 was the last phone designed by Steve Jobs. Until this launch, iPhones had a dimension of 3.5 inches, but this one had 4.

Additionally, it incorporated a new connector: el lightning, banishing to 30 pin plug. It was made of glass and aluminum and was just 7.6mm thick, making it 20% lighter than the 4S. 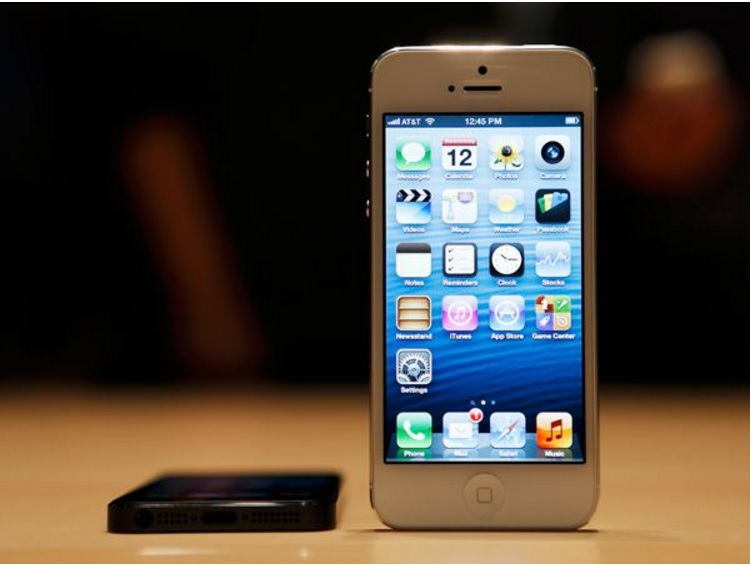 ANDl iPhone 5C it was practically an iPhone 5, but with a plastic body with a variety of colored covers: blue, green, yellow, pink and white. This is the first time Apple has offered a budget model of its product.

Followed, the Iphone 5sthe evolution of the iPhone 5, incorporated the Touch ID fingerprint sensor, the completely redesigned iSight camera and the new A7 chip. 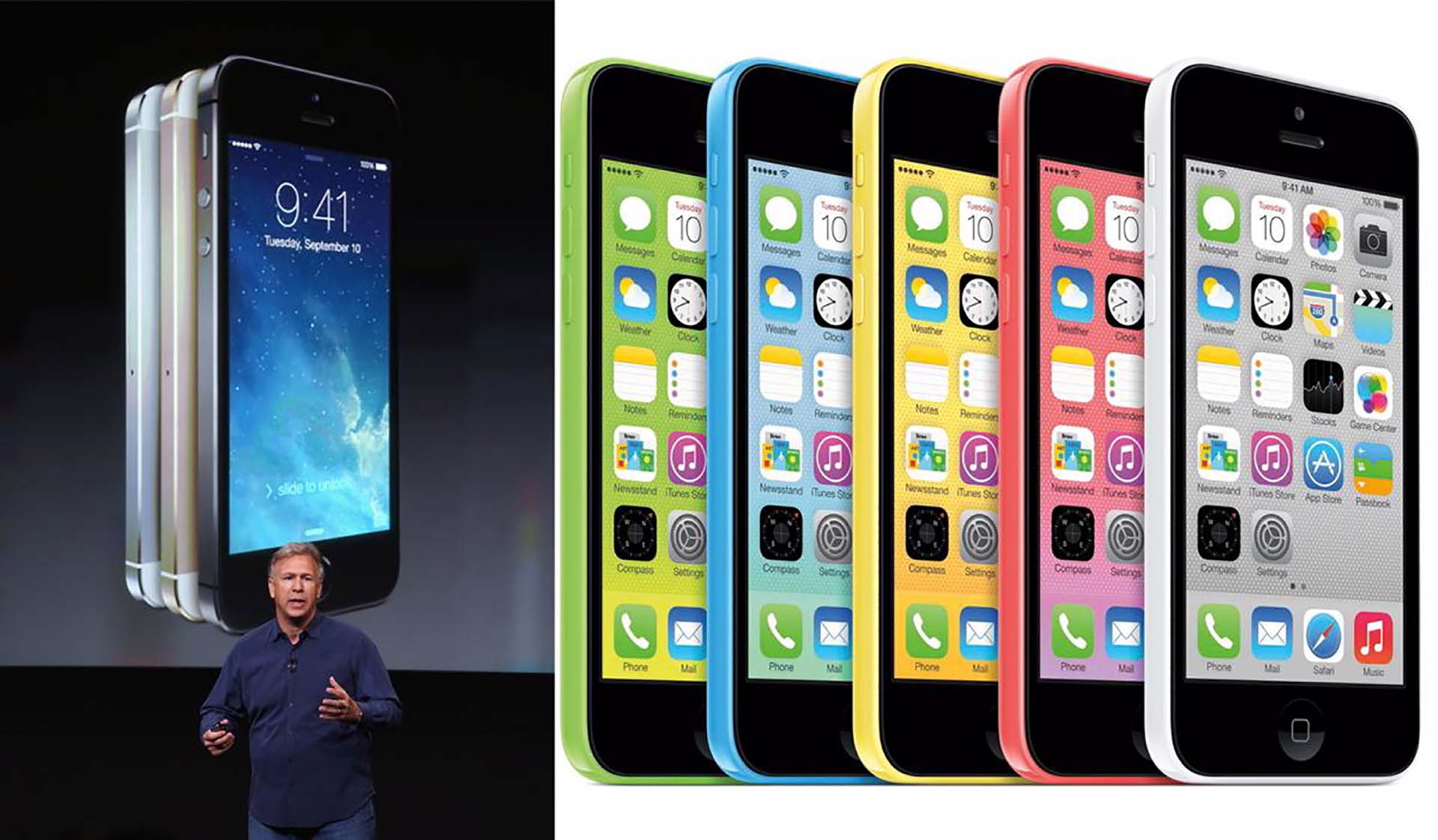 iPhone 6 and iPhone 6 Plus: the redesign

After criticism for its small screen, Apple redesigned its two new phones: the iPhone 6 and iPhone 6 Plus.

The phone grew and slimmed, and furthermore, it was designed in two sizes: 4.7 and 5.5 inches, respectively. 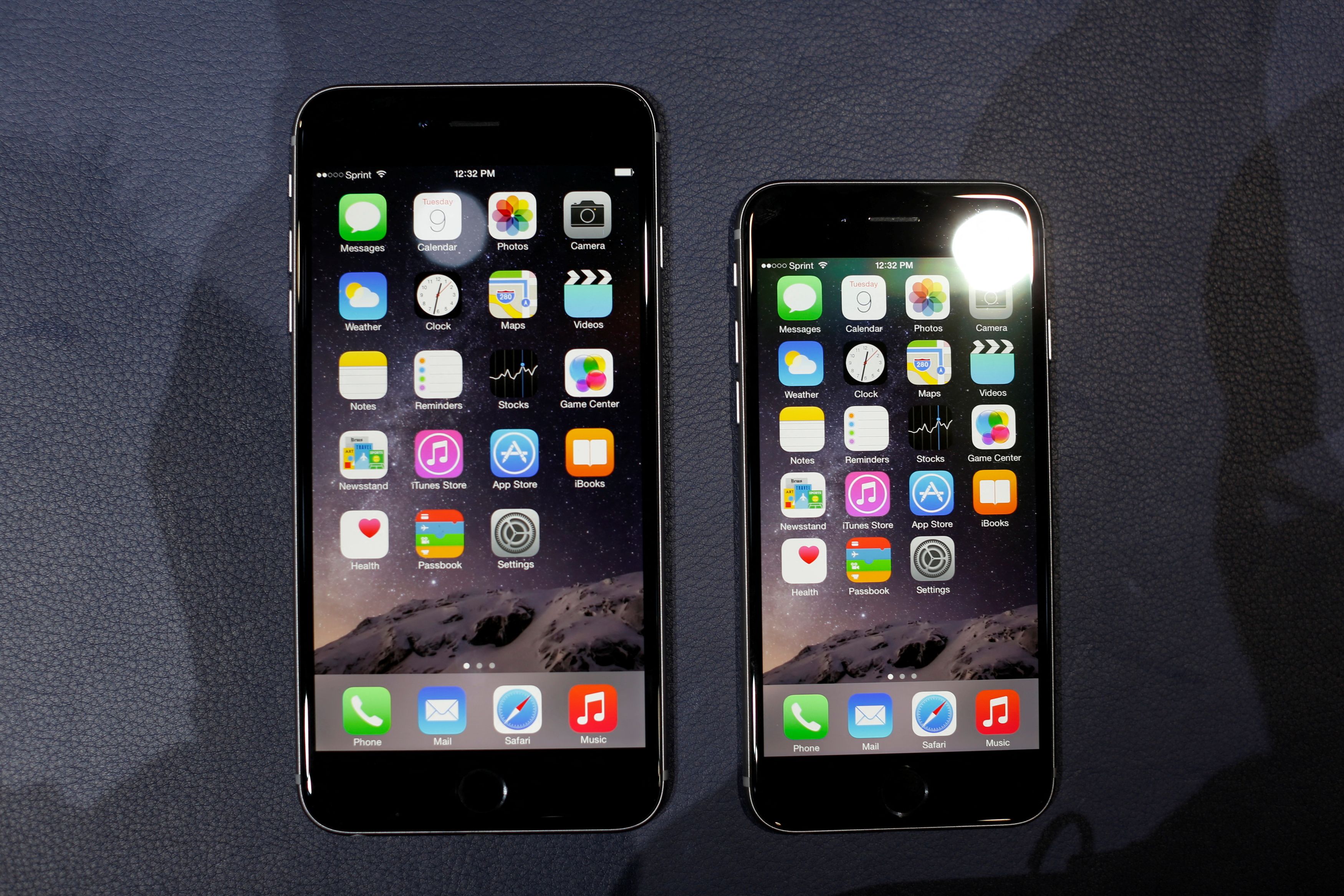 The iPhone 6S and iPhone 6S Plus lacked major iPhone updates; visually they were the same as the 6 and 6 Plus, but they incorporated 3D Touch technology, a kind of touch language that still prevails in iOS and that adds a response in the form of vibration.

Secondly, the haptic engine and the compatibility with “Hey Siri” arriveda way to invoke the wizard without pressing any buttons. 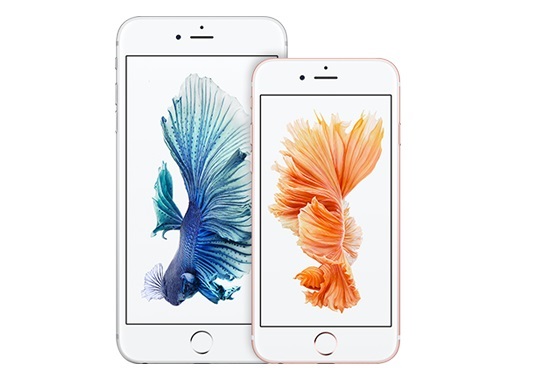 The iPhone SE was the evolution of the iPhone 5S, as it had a similar design, but with the same features as an iPhone 6S. 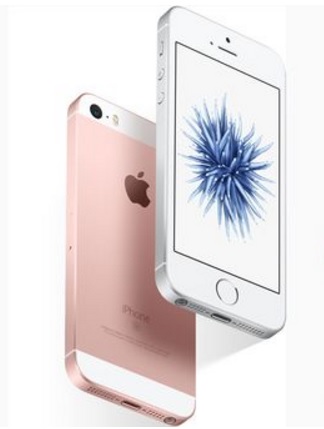 On the other hand, the iPhone 7 and 7 Plus came with quite a few new features: new colors (matte black and glossy black), more water resistance (only splashes), no physical home button (which was replaced by a touch sensor that responded with vibrations) and the Jack 2.5 port (which allowed you to connect headphones).

On this occasion, the evolution of the iPhone focused on the cameras: With the iPhone 7 Plus, Apple introduced two new lenses, featuring extended zoom and the popular portrait mode. 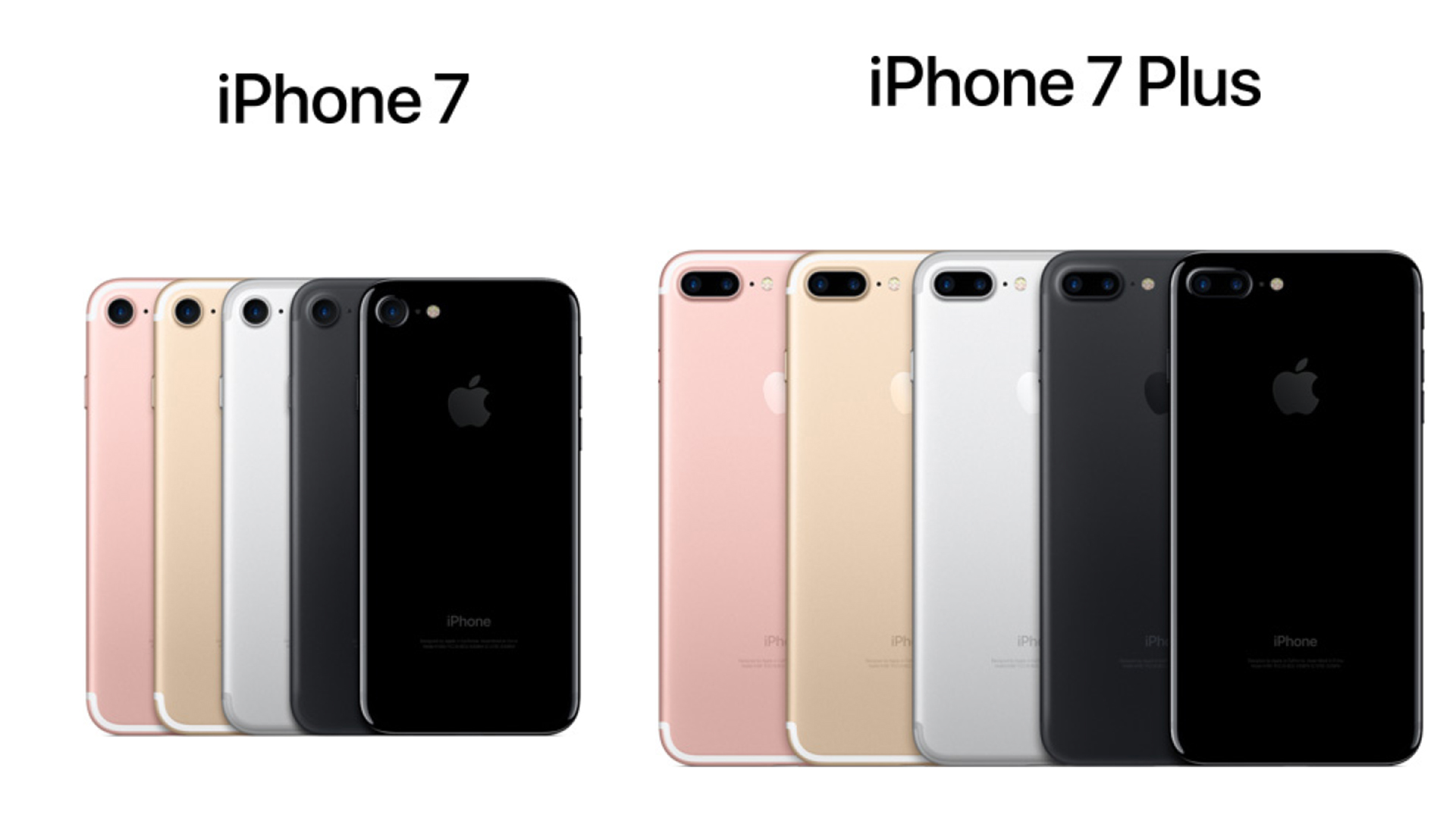 iPhone 7 and iPhone 7 Plus. (photo: Archive)

iPhone 8, 8 Plus and iPhone X: goodbye to the home button, wireless charging and face unlock

Apple celebrated 10 years in the evolution of the iPhone, and in 2017 it launched the iPhone 8, 8 Plus and the long-awaited iPhone X, with which the company paid tribute to the past decade.

Regarding the iPhone 8 and iPhone 8 Plus, They did not have many changes compared to their predecessors, Except that by adding glass as a construction material in order to allow Qi wireless charging. 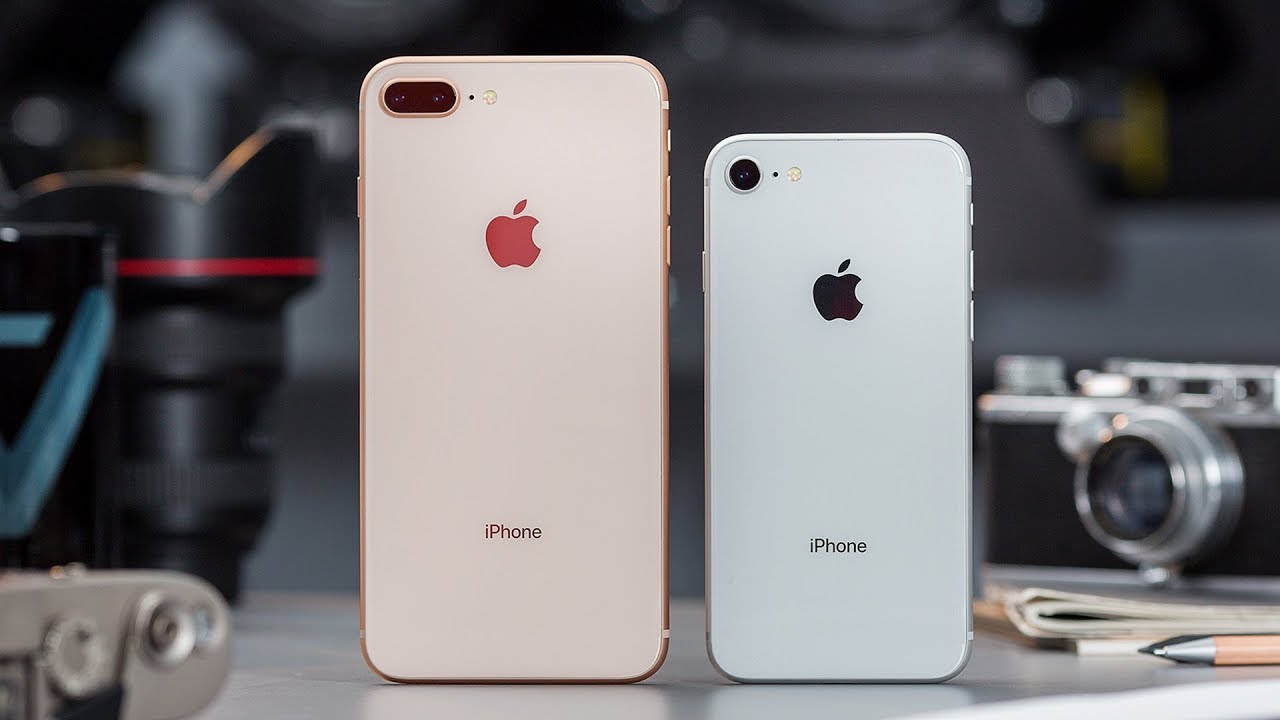 On the other hand, the iPhone X meant the biggest change of an iPhone, since it almost completely eliminated the edges, leaving a front in which the 5.8-inch OLED screen is the real protagonist. She also ditched the traditional home button altogether.

Also, the characteristic ‘notch’ was added, which, in addition, gave way to the change of Touch ID for Face ID. Finally, improved the double camera of the iPhone 7 Plus and incorporated portrait mode to the front camera. 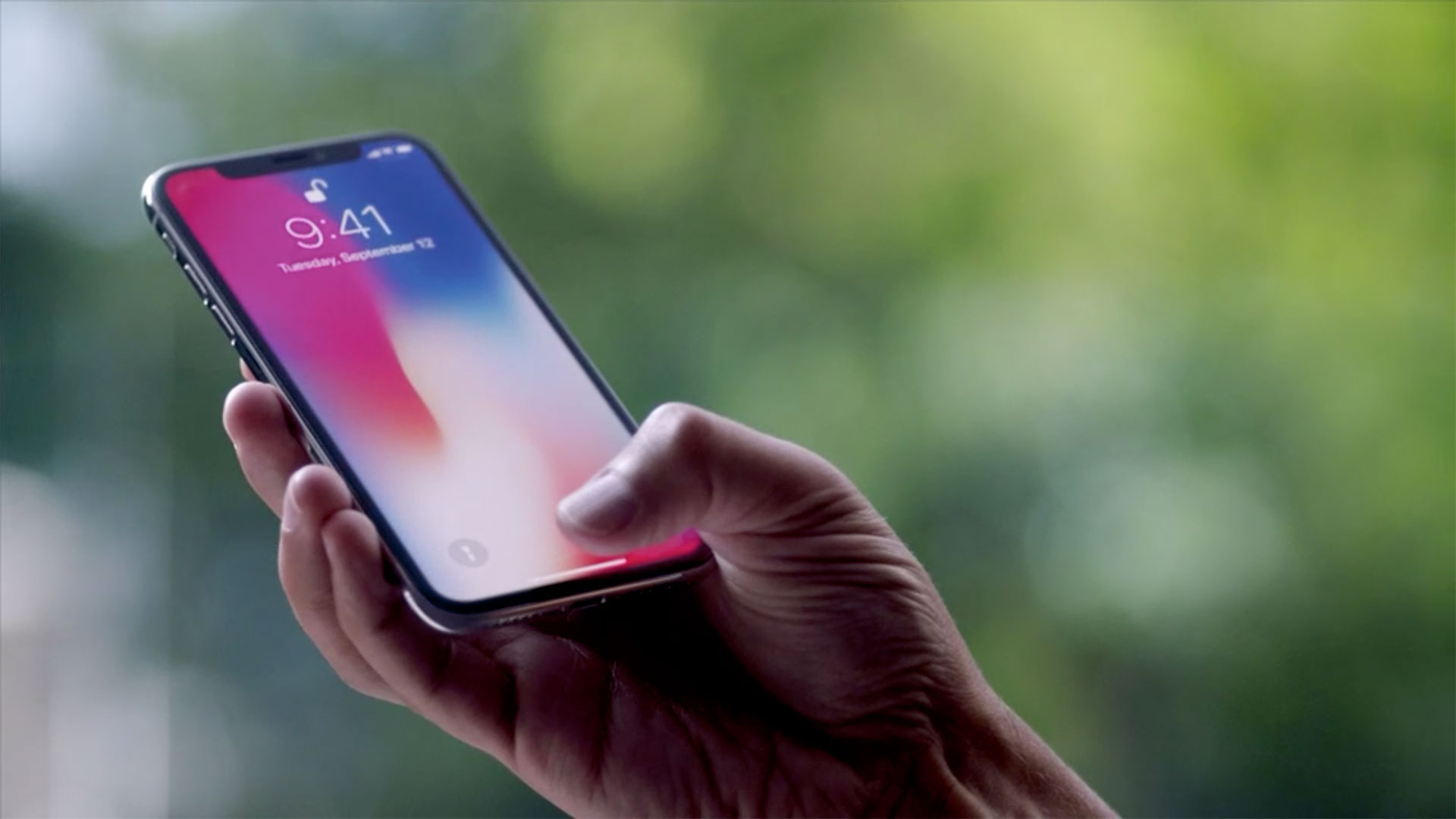 The iPhone X was the first to incorporate Face ID, which today is also in the new generation of Apple phones (Photo: File)

They had the same design, except that he added the gold color to the options. On the other hand, the iPhone XS Max presented, until now, the largest size of the iPhone: it measured 6.5 inches. 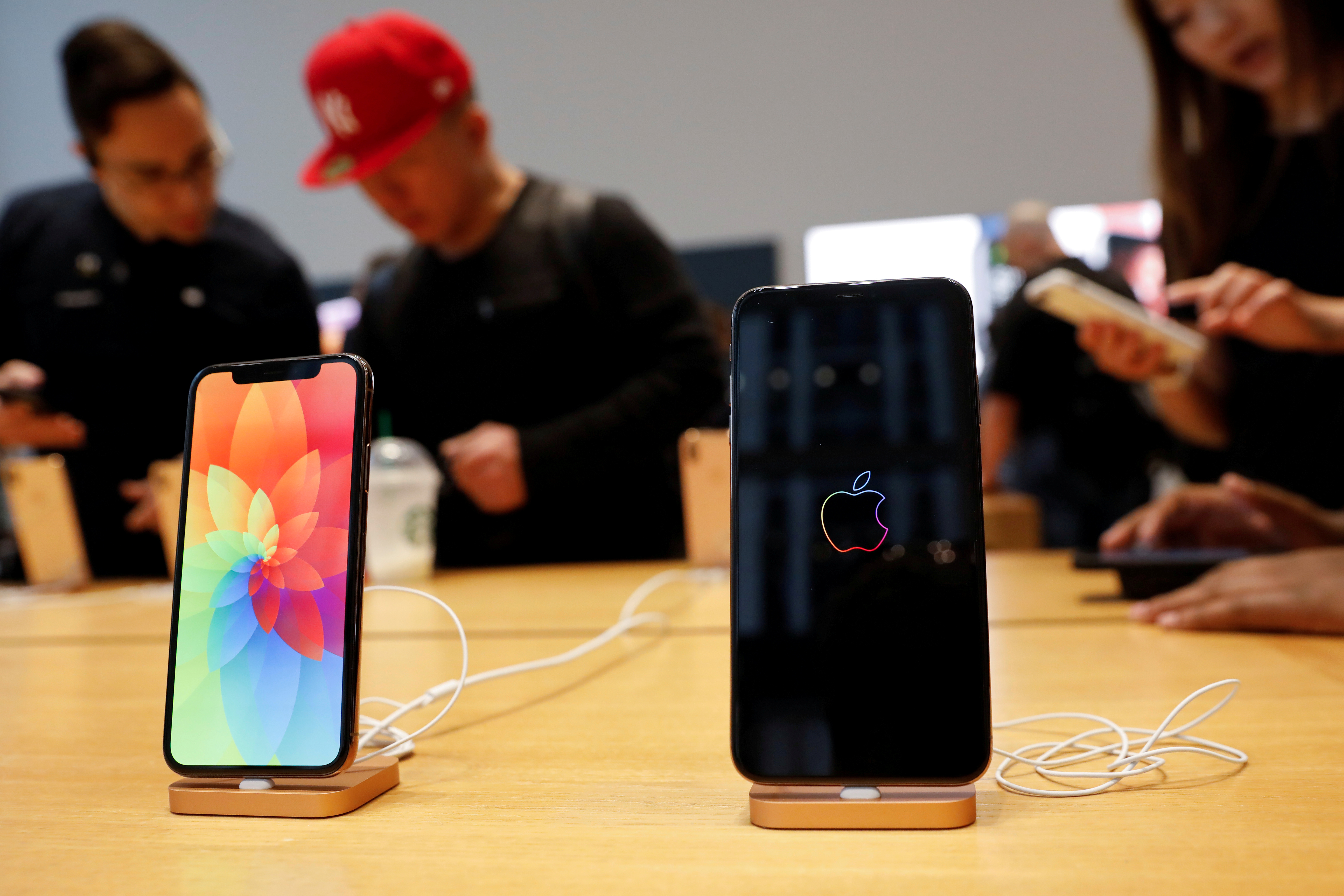 Finally, the iPhone XR (the cheapest of the launch) was the one that perhaps attracted the most attention, since it looked a lot like the iPhone 5c (2013), but improved in materials and, clearly, with advanced technology and functions.

The iPhone 11 inherited the attributes of the blockbuster iPhone XR with its six colors and LCD screenbut with properties of the Pro range (without the three cameras). 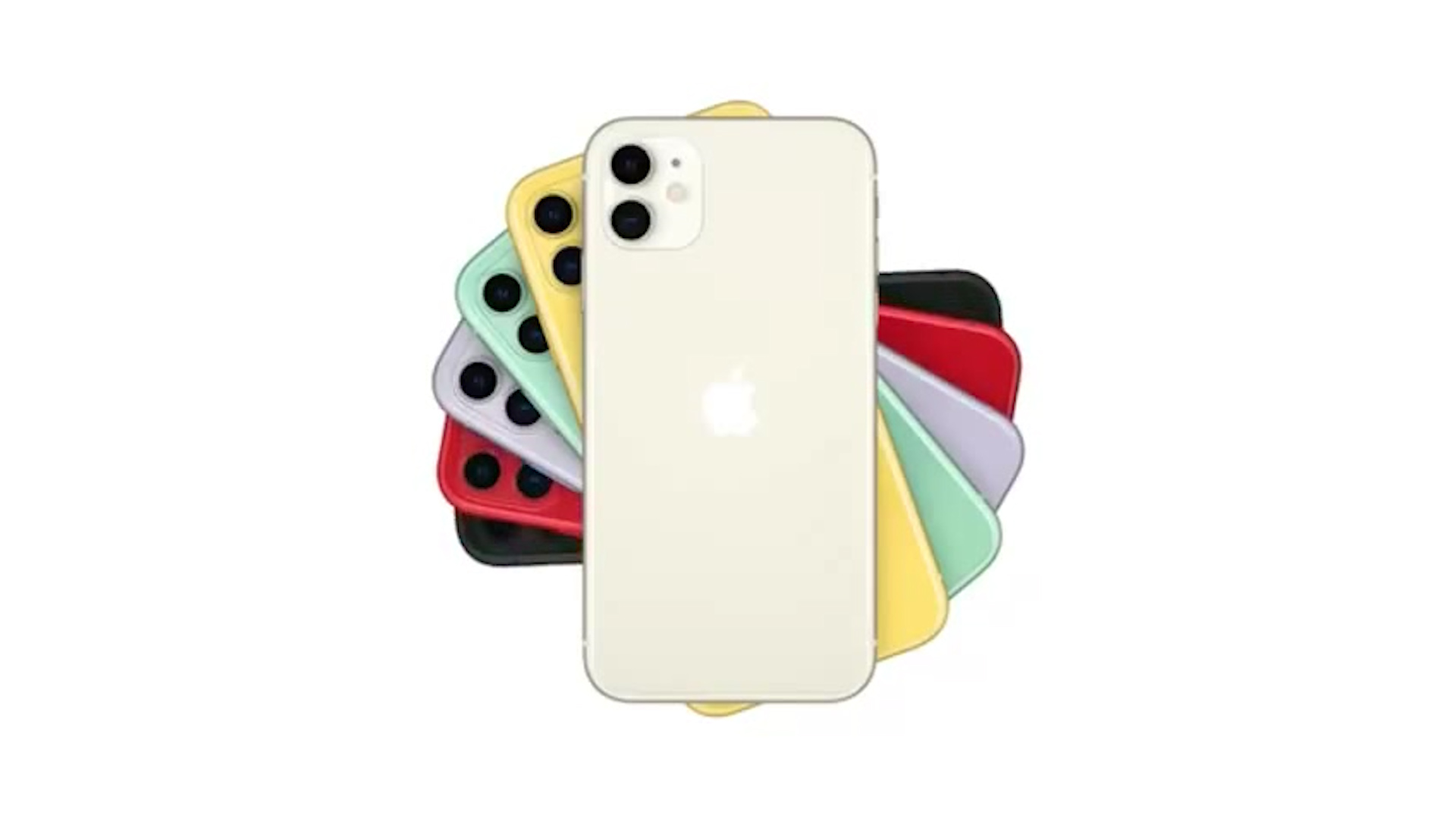 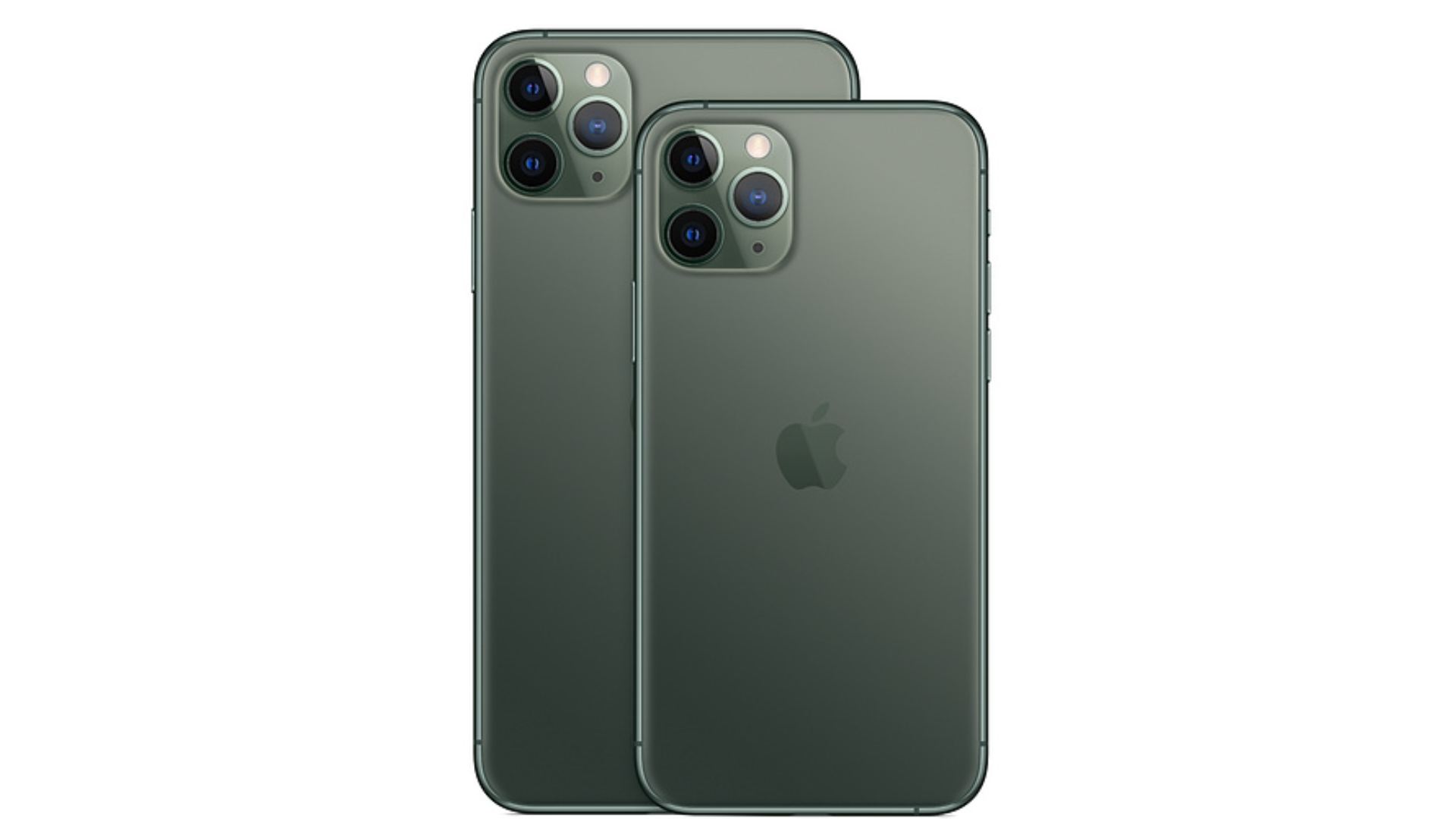 During this time in the evolution of the iPhone, Apple decided to add OLED screens to all four modelsIn addition to the famous 5G and the A14 Bionic chip.

With the iPhone 12 range, which was the best-selling iPhone in history, also comes the ‘Mini’ version, which maintains the same specifications and the same processor as its older brothers. In this range, the designs again move away from curves and opt for straight frames. 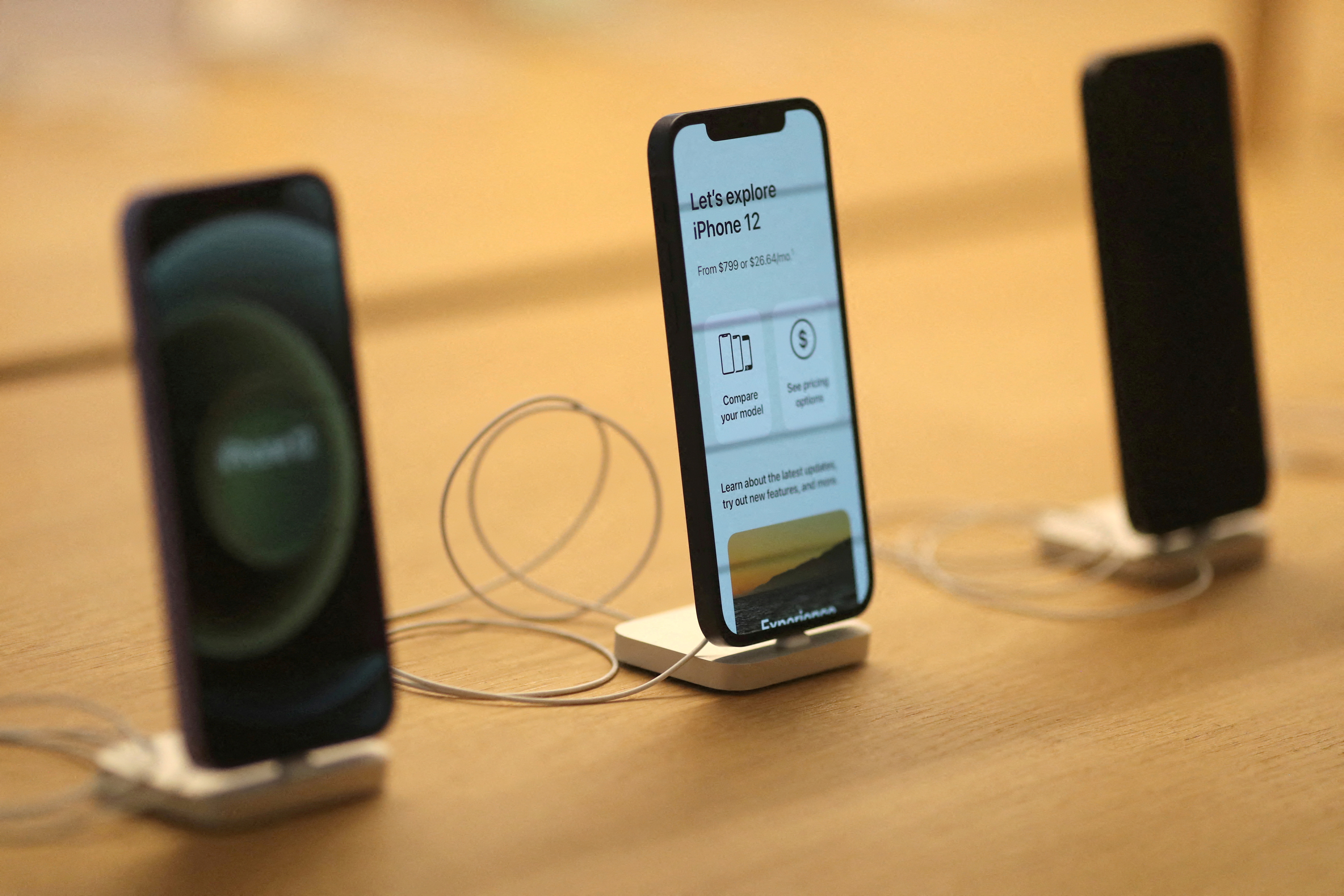 Finally, the evolution of the iPhone until 2022 finally brings the iPhone 13. A slight evolution that focuses on aspects such as the battery, the processor and the cameras.

How much does Niurka Marcos charge for a private show?

All the news that comes to WhatsApp groups