episode 7 of House of the Dragon aired this Sunday (2) and brought one of the great twists of the season, as well as one of the most anticipated moments: the wedding of Rhaenyra and Daemon Targaryen. The problem is that Rhaenyra was already strategically married to Laenor Velaryon. So what happened for her to be able to marry her uncle?

From the start, it was clear that Rhaenyra and Laenor’s marriage was nothing more than a facade. After all, he’s gay and the princess always wanted to be free to date whoever she wanted. So the two made a deal that allowed them to follow their desires, while keeping the mask of marriage for the rest of their lives. house of the dragon.

After his sister’s death, Laenor reaffirms his commitment to Rhaenyra and says she deserves more than he does. With that, Princess Targaryen begins to ponder her future, and in a conversation with Daemon, she proposes marriage according to Valyrian tradition. For that, Laenor would need to get out of the picture.

What happened to Laenor Velaryon in House of the Dragon episode 7?

After giving in to her wishes, Rhaenyra proposes marriage to her uncle, Daemon. As much as they are family, it has always been Targaryen tradition to intermarry and the union is a clever way to reassert her right to the Throne, strengthening the Reds and making it harder for Alicent to question her lineage.

However, Rhaenyra needed to get rid of Laenor and she pays Qarl Correy to murder him. Correy, however, is Laenor’s lover. So when the prince’s parents find the body and believe it’s his son… Well, that’s not how things go.

In fact, Correy and Laenor flee to the Free Cities and it seems that the two will be together on the other side of the sea. It is highly unlikely that the two will return to Westeros, so for all intents and purposes, Laenor Velaryon was dead and Rhaenyra could remarry. 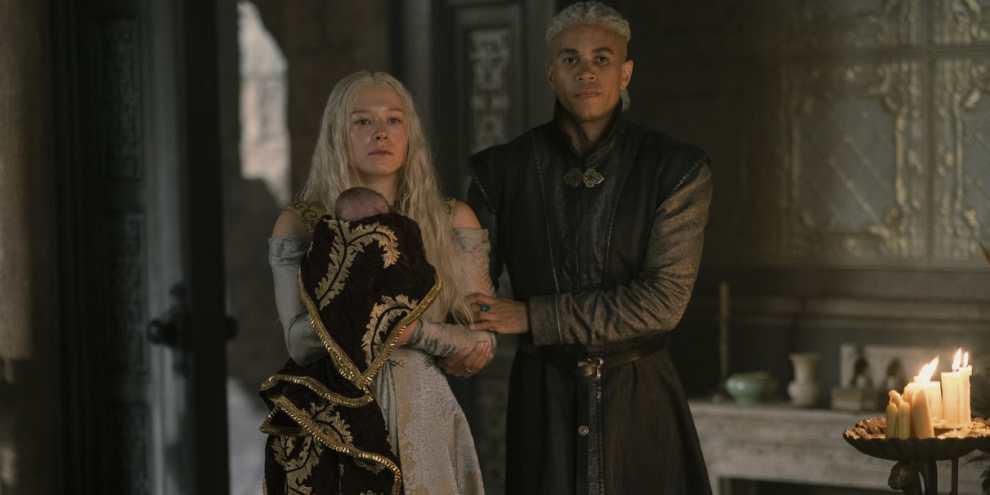 The decision was quite surprising, mainly because it puts Rhaenyra in the same villainous position as her rival Alicent. Still, with the civil battle approaching in House of Dragonsthere’s no denying that it was a smart move.

the next episode of House of the Dragon arrives in the HBO Max catalog next Sunday (9).

Did you like the news? In order not to miss any details of the world of series and movies, keep following the portal. Also, take the opportunity to share the article on social media!