One of the biggest highlights of House of the Dragon (the house of the dragon, in the Brazilian title) is the performance of Matt Smith as Daemon Targaryen. Soon after the debut of the derivative of game of Thronesthe character became one of the darlings of fans, with an explosion of memes on the internet.

However, the producers of the HBO series themselves don’t understand the audience’s fixation with King Viserys’ younger brother and Rhaenyra’s uncle. In an interview with The Hollywood Reporterscreenwriter and executive producer, Sara Hess, opined about such an object of desire online.

“Daemon has become the ‘boyfriend of the internet’ in a way that baffles me. Not that Matt [Smith] don’t be incredibly charismatic and wonderful — as he looks amazing in the role. But regarding the character himself, I wouldn’t want to have him as my boyfriend,” she commented.

“I get confused every time I see people showing love for him on the internet. In what ways was he a good partner, father or brother to someone? He’s not Paul Rudd,” joked Hess when comparing him to the actor elected the sexiest man in the world by the magazine. people.

Clare Kilner, director of House of the Dragon, it is not surprising with the emergence of the fandom. “People love a villain. Matt gives a lot to the role. And he still has that little smile, and you know… you can’t help it,” he added.

The internet love for Daemon

Those who defend Daemon’s behavior, even if controversial, shown throughout the episodes already shown, two points emerge as a kind of redemption of the character.

In Episode 8, the scene — full of symbology — in which he helps the King get his crown and reach the Iron Throne was touching. Another moment worthy of respect came soon after, with Vaemond Velaryon’s betrayal of the line of succession in Westeros.

Because Rhaenyra was named heir to the throne, the brother of the Driftmark regent questioned the legitimacy of the princess’ children and hurled insults at Daemon’s wife. Soon, Prince Targaryen’s action was to cut off Velaryon’s head in the midst of everyone in the hall.

According to Hess, the public’s perception of Daemon could change again in the season finale, which will air next Sunday (23).

“We will see a different side of him in the last episode. Also, as we write Season 2, we’re trying to figure out what the real nature of his relationship with Rhaenyra is. The book Fire & Blood by George RR Martin allows for many interpretations”, he said about the future of the series.

House of the Dragon becomes a meme when compared to Shrek; Look! 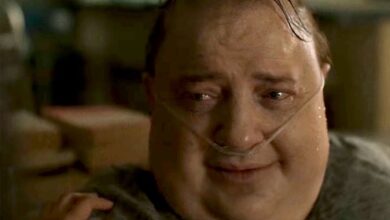