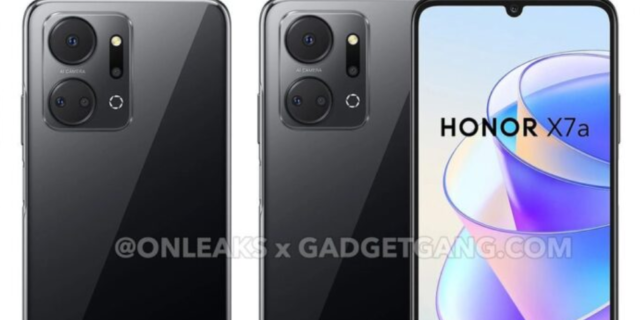 In March of this year, Honor presented the Honor X7 smartphone, which straddles the border between entry-level and mid-range, and we had the opportunity to test it in June, as it is a domestically available device. It just popped up Honor X7a it can come with very similar specifications and looks, with minimal differences.

The hardware isn’t too exciting either, the MediaTek Helio G37 SoC will be the brain of the device, along with 4 GB of RAM and 128 GB of expandable storage. The MagicUI system based on Android 12 is expected on the phone, and the energy supply will be provided by a 5230 mAh battery. The fast charging seen in the manufacturer’s higher-end devices will probably not be available here, the energy intake remains at 22.5 watts via the USB Type-C connector.

The 3.5 mm headphone jack will remain and the fingerprint reader sensor will be integrated into the right button for security. The device will weigh 196 grams, so it is clear that the back and frame will be plastic. The mobile phone is produced in black and blue, but nothing is known about the pricing yet.