Yesterday evening, before the presentation of Honor 80 and Magic Vs, the manufacturer announced when it plans to make the MagicOS 7.0 update based on Android 13 available. MagicOS 7 replaces Magic UI 6.2, and the newly released Honor phones will already run the slightly redesigned system with extra functions.

The icons are flatter, the animations will be faster and Honor will also introduce a new font of its own, which will appear uniformly everywhere in the user interface. The options for large folders that can be placed on the main screen are expanded, as well as widgets. The factory gallery application gets a built-in video editing program. A common clipboard can now be used between devices running MagicOS and Honor’s tablets and laptops, and files can be sent wirelessly between devices using MagicRing. Of course, there is also notification and call signaling between connected devices. The bendable Honor devices have a keyboard divided into two parts, and every Honor phone comes with an option called Magic Text, which can recognize text from photos, copy it and save it as a PDF. TurboX promises faster app launches and better optimization, while MagicGuard provides a simple interface to review the phone’s security settings. 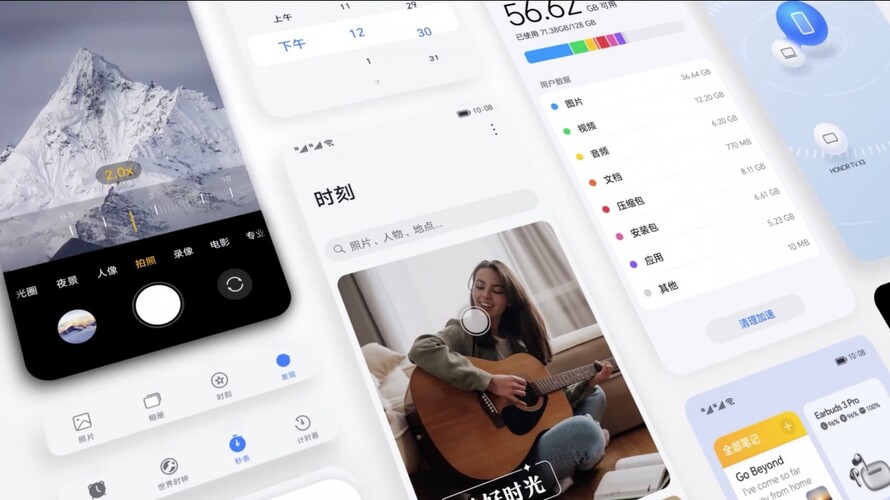 The update starts in China, so the given dates also refer to the manufacturer’s domestic market. The global update will arrive a bit late, Honor will reportedly also announce a schedule for its devices sold on the international market.