During its conference at IFA Berlin 2022, Honor presented to the world its new strategy “Dual Flagship” with the promise of launching foldable cell phones soon, greater integration experience between cellulraes, tablets and PCs of the brand, in addition to new products such as Honor 70, Honor Pad 8 tablet and MagicBook 14 notebook.

Affirming its goal to “innovate with purpose and deliver benefits that matter to users”, Honor has committed to launching its foldable smartphones in the international market, with the “Dual Flagship” strategy taking the foldables and full premium cell phones to Europe and other regions of the world.

With the Honor Magic V launched in early 2022 being the company’s only foldable, the manufacturer is expected to present its new bet to compete against the latest Galaxy Z Fold 4 and Z Flip 4 in the coming months. While we wait for the new generation, the company focused on the arrival of a powerful mid-range phone with traditional design.

The new Honor 70 arrives on the international market highlighting its video recording capability to conquer vloggers and content creators. Among the differentials is the “Solo Cut” mode, which uses “Personal Re-identification” technology to record two videos simultaneously, one showing only one person out of four and the other showing the entire environment around. 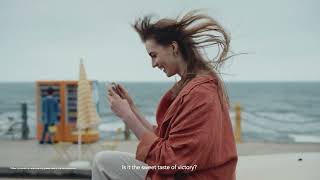 The smartphone offers a 32 MP front camera in a circular notch at the top of the display, in addition to a rear triple camera module with a 54 MP IMX8000 main sensor and a 1/1.49″ size, ultrawide lens with a 50 MP sensor and a dedicated for depth of field with just 2 MP.

Its 4,800mAh battery supports 66W fast charging and has a charger included in the box. Weighing 178 grams and with a thickness of 7.9 mm, the Honor 70 still offers an optical biometric reader under the display, support for Wacom stylus pens and Android 12 with MagicUI 6.1 interface.

Its newest tablet sold in the global market arrives with a traditional look and betting on a competitive price to attract consumers. The new Honor Pad 8 offers a counter-intuitive screen size of 12 inches (not 8 inches as many might imagine) with 2K resolution, IPS LCD technology and 60 Hz rate.

Equipped with a Snapdragon 888 processor, the tablet offers 5 MP front and rear cameras, 4 GB of RAM with options of 64 GB or 128 GB of storage, in addition to 6.9 mm thickness, weight of approximately 520 grams, 7,250 battery. mAh battery with up to 14 hours of video playback and support for 22.5W charging (with charger included in the box).

Finally, Honor presented its newest notebook equipped with a 12th generation Intel Core i5-12500H processor and two GPU variants: one with a dedicated NVIDIA GeForce RTX 2050 graphics card and another integrated Intel Iris Xe. Both models have 16 GB of RAM and 512 GB of internal storage via SSD.

With a 14-inch screen with 2K resolution, an IPS LCD panel and a peak brightness of 1,500 nits, the MagicBook has an aluminum body, headphone jack and two USB-C 3.2 Gen 2 ports on the left side, a USB-A port. 3.2 Gen 1 and HDMI 2.0 output on the right side, in addition to a power button with integrated biometric reader.

All new Honor products are now available in European and Latin American countries. The Honor 70 is on sale in 6 countries, while the Honor Pad 8 is available in 3 countries and the MagicBook 14 in only 2. Check below for prices and configurations.

"Naughty": the words of Pope Francis to J Balvin

Apple XProtect can scan Mac devices during sleep for malware