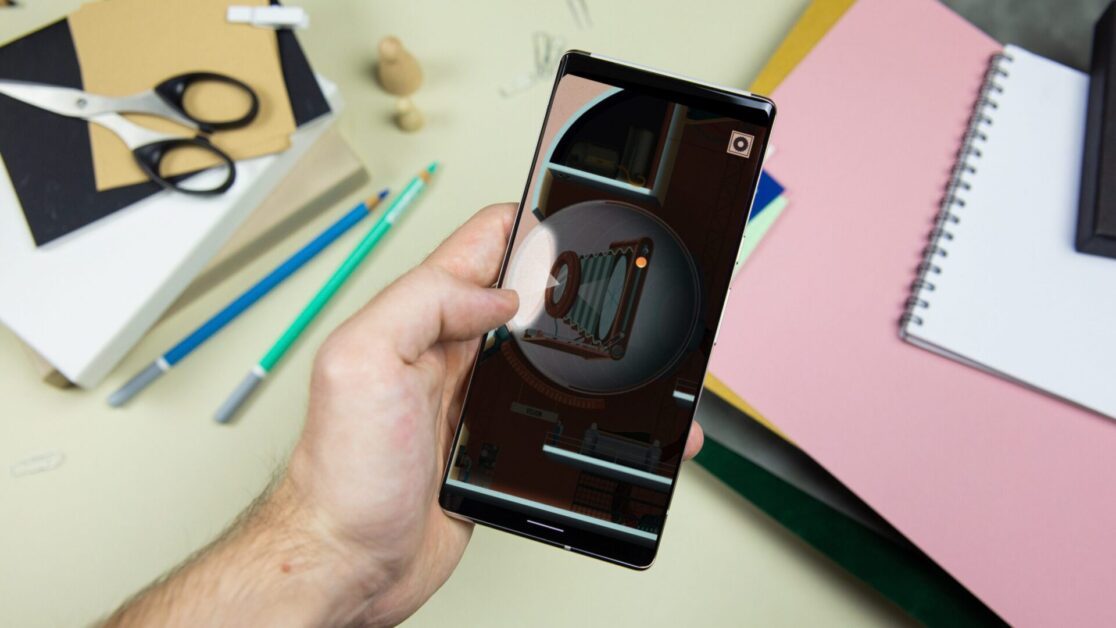 As a free app, I’m introducing a real masterpiece today, I promise! This is the mobile game “Homo Machina”, which otherwise costs 3.49 euros. With iOS and Android, you operate a human body as if it were a machine. You shouldn’t miss the beautiful graphics and the cool sound design.

I know my headline promise is high! But after installing it, I was really excited about the mobile game “Homo Machina” this morning. Because it somehow stimulates a feeling that came up when I was reading the classic children’s book “The Talented Toaster”. Because the idea at Homo Machina is to represent complex processes in the body as a machine controlled by humans.

That wouldn’t be particularly exciting if it weren’t for the drawn graphics and the chic sound design. Because like many app tips in the past on NextPit, Homo Machina has been co-produced by Arte. There are no in-app purchases, I couldn’t find any advertisements while playing and, if you wish, Homo Machina is also available in Spanish, English, French and other languages. German is of course also included.

Is it worth downloading Homo Machina?

About the story: You start in your head and first of all you get a dialogue between a boss and his secretary. A rather outdated role model later you wake up the first departments in the body: First the nervous system, then the feelings and then you go down to the “eye department”. There you have to open your eyelid and insert a film into the camera that sits behind the eye. The game continues like this – there are always small dialogues and tasks that you have to solve.

The graphics are kept in the style of the 1920s and are accompanied by a beautiful sound design. This consists of beautiful music and machine sounds that sound good especially through headphones. Unfortunately, there is no voice output on board. If you haven’t already downloaded Homo Machina, here’s a quick look at data protection again.

The Exodus homepage shows me 5 trackers for Homo Machina, including four Facebook trackers, which are responsible for analyzing usage data, and the “AppsFlyer” analysis tracker. A bland aftertaste that I don’t want to withhold from you, of course!

Advertisement. Scroll to continue reading.
In this article:best, download, games