Directed by Ari Aster and starring Toni Collette, Gabriel Byrne and Alex Wolff, Hereditary It’s been considered one of the best horror movies of the generation since its release. With breathtaking twists, the plot consolidated the director as one of the geniuses of the genre.

However, did you know that there are some subtle easter eggs that help unlock the future of the Graham family that you might not have noticed? To help you understand the movie better, we’ve separated everything you might have missed while watching it!

Without a doubt, one of the most shocking moments in Hereditary happens when Charlie is beheaded. However, you may not have realized that some easter eggs led up to that moment. Remember when she cuts off a dead bird’s head? So it is! Nothing in the film is coincidental. 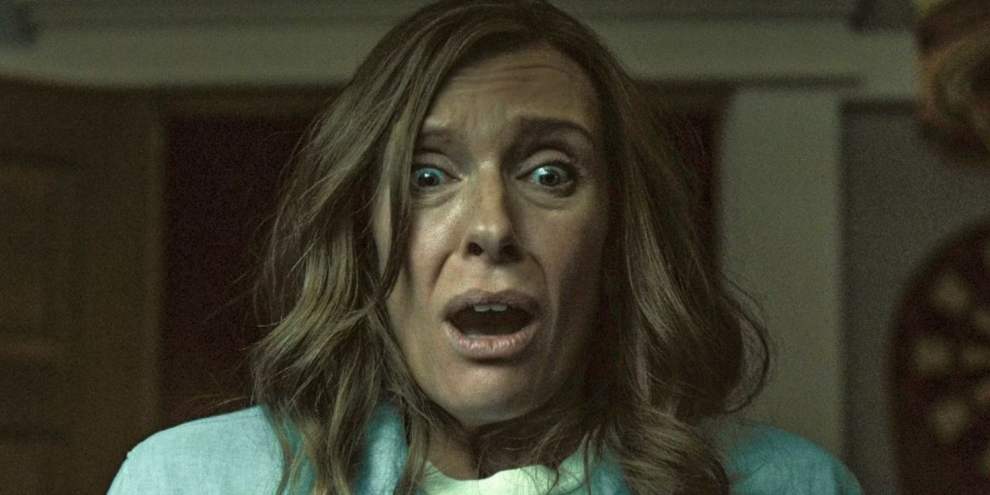 When Joan shows Annie how she can do a session to connect with Charlie, you may also have missed an Easter egg early on in the movie. A letter that arrived in the family post office shows a flyer advertising this type of session!

5 – The Members of the Cult 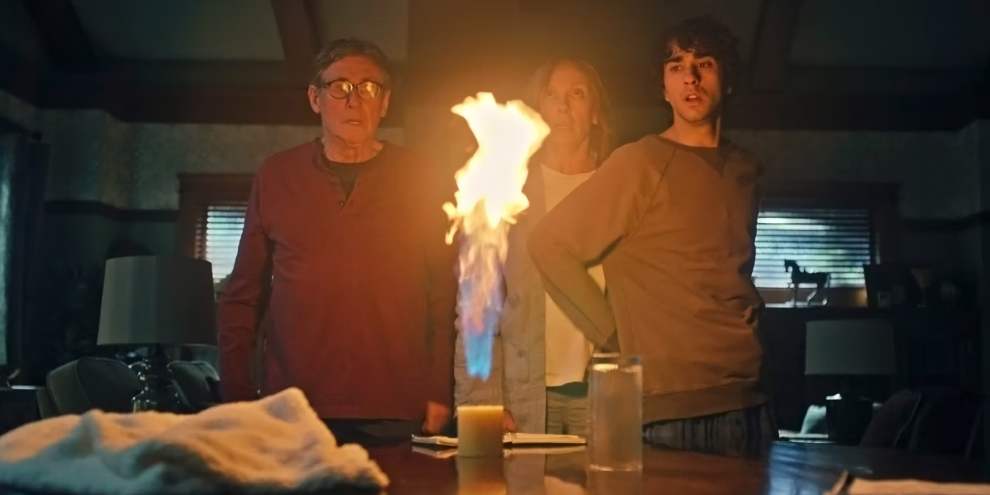 One of the best aspects of Hereditary is the use of light, mainly to hide things. In an easter egg you might not have noticed is a scene from the house after Steve’s death. If you pay close attention, you can see naked cult members around Graham’s house! 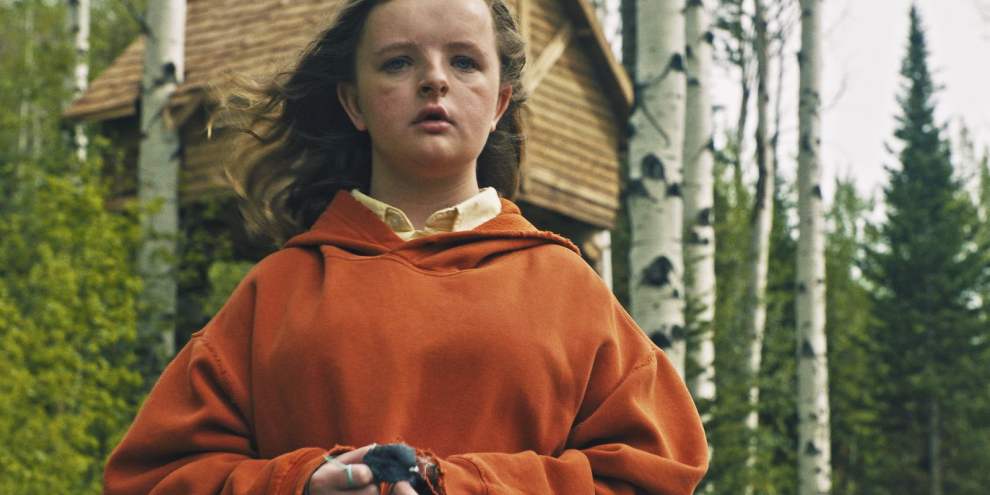 We see Joan buying a blackboard and, further on, she says that she managed to talk to her grandson, who would be the owner of this object. This is a very small detail, but one that hints at what Joan’s reveal will be later on in the film. 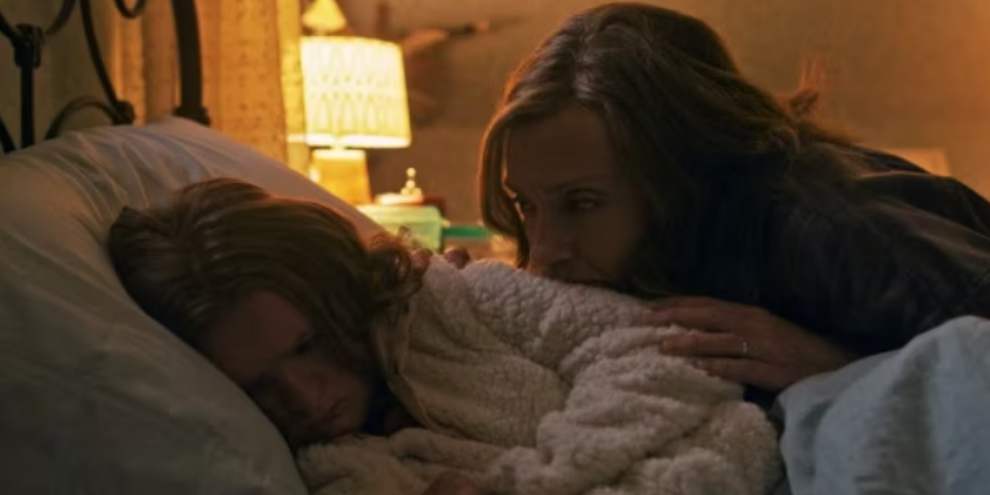 This is yet another very small detail, but one that indicates that we could not trust Joan. While having tea with her, Annie spits out a piece of herb and it doesn’t seem to have much meaning. But who remembers grandma Ellen giving Charlie the same weed in a bottle? So it is! 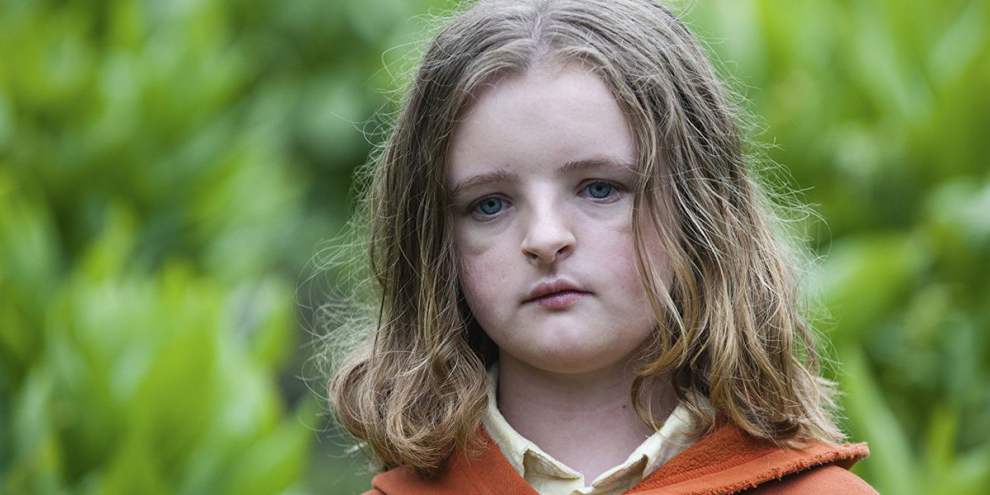 In one of the scenes in Peter’s classroom, “Escaping Fate” can be read on the blackboard. That is, it talks about how the Graham family would try to escape their own destiny – and fail in the mission.

As we mentioned above, light is used in a very interesting way throughout the film. Throughout the plot, a beam of light seems to accompany the family and we can understand that it is Paimon. At first, we can see this beam in Charlie’s room, pointing to where the cult members left Granny Ellen’s body.

Also, it is possible to see the same beam of light at Peter’s school and when Annie is working with her miniatures. It looks like she accidentally dropped one of her paints, but it was actually this beam that did it, indicating that it was more than just a light!

So, did you like to see more about the easter eggs in Hereditary? In order not to miss any details of what happens in the world of series, movies and anime, keep following the portal. Also, take the opportunity to share the article on social media!