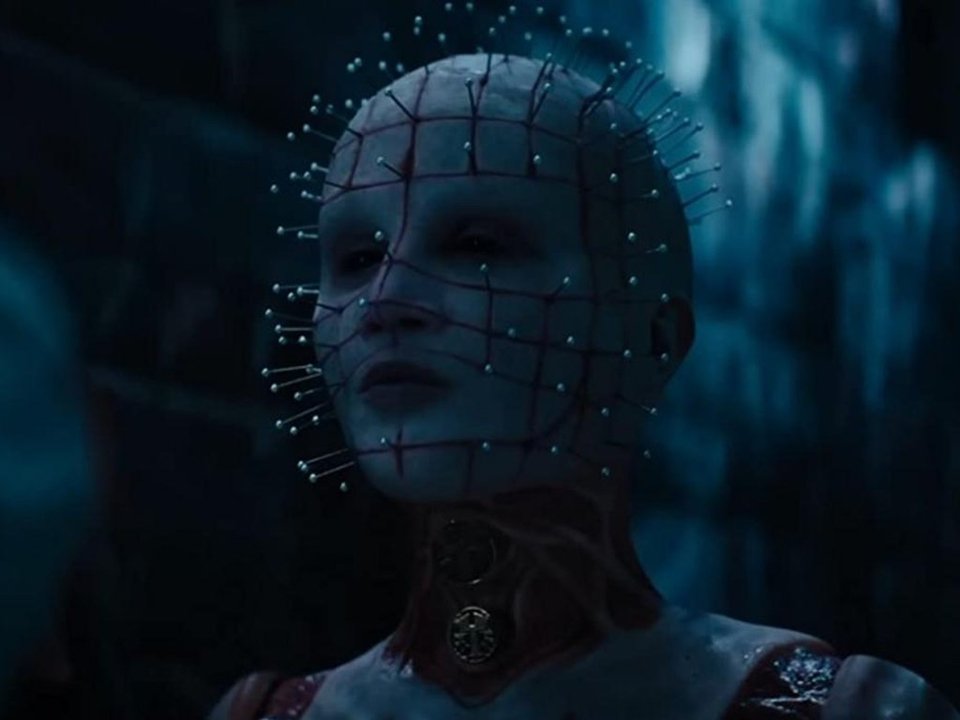 I’m going to start this text with a very important warning here: if you find a mysterious cube out there, please don’t touch it. Because, unintentionally, you could end up opening a portal to a new dimension, filled with “pleasures” and “incredible visions”.

All right, all right, I know that, put it that way, my warning doesn’t make much sense. After all, who wouldn’t want to open a passage to a place full of “good things”, right? But there’s a catch to this story, and if you watch the movie Hellraiser (2022), released in September, you will understand my warning exactly.

By the way, this reboot of the Hellraiser horror franchise, which began in 1987, tries to renew some of the ideas worked on in the first film and throughout the series. But the questions that remain are: did it work? Is it really worth watching Hellraiser (2022)?

Well, I’ve done a full narrative and critical analysis of the new Hellraiser movie and I’ll tell you everything I found. Here we go?

What is Hellraiser? (NO SPOILERS)

Well, Hellraiser (2022) has the following plot: a young woman recovering from her addiction to drugs and alcohol named Riley lives with her brother Matt and his boyfriend, Colin. Until then, everything is fine. No problems or apparent overturns. However, under the influence of Trevor, who is the protagonist’s problematic boyfriend/lover, Riley makes one more wrong decision in her trajectory.

Together, they decide to rob a shed in which some valuable items belonging to millionaires are stored. There, the two come across the famous cursed Rubik’s Cube, better known as the Configuration of Lament.

The same one that, when solved, opens a parallel dimension in which inhabit the cenobites, bizarre, deformed and frightening beings, which are led by the iconic villain Pinhead.

By the way, in this new work, Pinhead is presented in a female version for the first time in history, played by actress Jamie Clayton (who did a great job, by the way).

Needless to say, Riley solves the cube’s riddle and unleashes a spiral of fear, violence and blood, does he? So it is. Now, we see the return of the dreaded cenobites and all the hellish chaos they bring.

Just remembering that the feature, which is directed by David Bruckner, is a reboot, a reimagining of the classic 1987 film, which opened the horror franchise, which, in all, already has 10 films

ATTENTION: FROM NOW ON, THIS TEXT WILL CONTAIN SPOILERS FROM HELLRAISER (2022). DO NOT CONTINUE IF YOU HAVEN’T WATCHED.

Hellraiser analysis and review (WITH SPOILERS)

Well, I’ll start by saying that, yes, this is one of the best films in the franchise since the original, from 1987🇧🇷 And not because the feature reinvents the wheel, brings a plot never seen before in the horror genre or anything like that. It’s just the opposite.

hellraiser it succeeds because it maintains the elements and part of the ideas of the original work, betting on the formula that has already proven itself to be efficient and that has conquered fans of the franchise. Which doesn’t mean Hellraiser doesn’t have a few new features here and there.

The fact that Pinhead is, for the first time in history, a woman is a clear example of this. But at the core, at the backbone of the film, are the components that made the original films so celebrated🇧🇷

And that was essential for this reboot, which had everything to be a disaster, to succeed and recover some of the reputation of the franchise, which was well tarnished. That said, Hellraiser’s narrative structure is quite simple, with the three acts clearly defined.

In the first act, we have the famous presentation of the characters, their relationships and the universe, but we also follow the first cabreira scene of the film, which already imposes the dark tone that the work will follow. I’m talking about the scene in which a young man is lured into the macabre room of Roland (the real villain of the plot), who, through the cube’s resolution, allows the young man to serve as a “meal” for the cenobites.

Perhaps this beginning is a little confusing for those who have never watched Hellraiser and do not know the franchise very well, which could be a narrative error, since this film is a reboot and aims to reintroduce the franchise.

But that wasn’t the case, since everything is well tied throughout the narrative, leaving no loose ends or doubts for those who didn’t know Hellraiser yet. Then we have the plot point for the second act, which consists of the death of Riley’s brother. From that point on, the protagonist begins to investigate what happened, what is the relationship between her brother’s disappearance and the cube, and so on.

And it is in this second act that the reboot is even closer to the first films, since the narrative puts a foot in the investigative and suspense genres, which are also important characteristics of the franchise. After all, not only terror, violence and death lives Hellraiser.

In this investigation, we find out, together with the characters, who the cenobites are, what the functions of the cube are and why all that is happening.

Until, finally, a plot twist emerges that sets the turning point for the third act of the film, which is the revelation that Riley’s boyfriend, Trevor, was actually working with Roland and induced Riley to find the cube.

In other words, none of that is happening by chance. 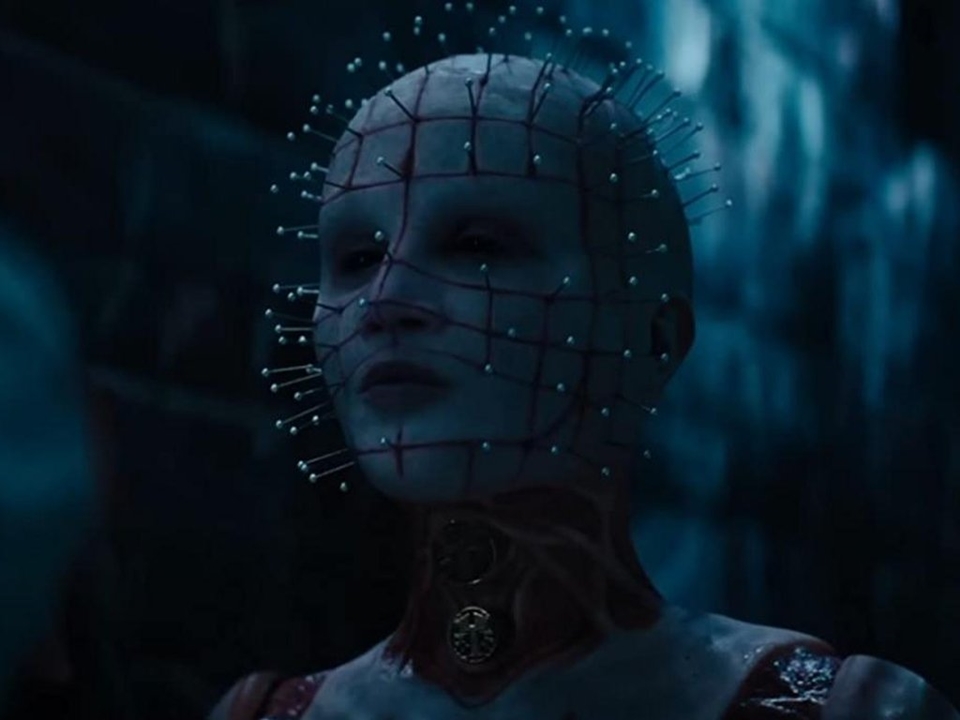 In this last third of the film, we watch the characters’ outcomes and have a complete understanding of the work, which ties all its knots well. Which is due, as I pointed out, to the simple plot and the maintenance of the essential elements of the franchise.

It also caught my attention how the film draws an interesting contrast in its ending, with Roland choosing “power” as a reward for the final resolution of the cube. Which makes you think: well, with power, he can escape the cenobites and get away from all that hell.

However, as these “rewards” have completely distorted connotations, Roland is taken to the world of cenobites, where he himself will become one of these creatures and will have the “power” he so desires. This even opens the door for a second film, as Roland may return in a sequel as one of the cenobites. Who knows even their leader, right?

On the other hand, Riley doesn’t choose a reward, as she realizes that these “gifts” are nothing more than evil tricks. And, having gained nothing, after everything she’s been through, Pinhead explains to the girl that, in fact, she chose to live a life filled with guilt.

Yes, she is free of the cenobites and the cube from that point forward, but not herself, as she will never forget all the people who died and everything she went through to get there.

I really liked this provocation, which suggests that not only cenobites can become monstrous creatures, but so can we, depending on the choices we make.

Finally, I highlight here the figures of the cenobites, which were incredible with their practical effects. There are very convincing costumes and makeup created by the production team, which bring us even closer to the work and the idea of ​​what these beings would be like if they actually existed.

On Jamie Taylor as Pinhead: His performance was flawless. Honestly, I don’t have any criticisms or reservations. His blank countenance, posture and frightening voice owe nothing to the original Pinhead.

So, summarizing this new movie of the Hellraiser franchise for you guys:

It is a very well done reboot, which follows the best of the original film, and represents a very welcome respite for anyone who is a fan of the franchise and had already given up on it after several bombs dropped over the years.

Is it the best film in the franchise? Not. Is it better than the 1987 original? Not. Do you have any clichés? Yup. But it is a work that manages to modernize the franchise and reintroduce it to the public in a very competent way. Which makes room for new movies and, of course, new fans who didn’t yet know this dark and sensational story created by the legendary Clive Barker.