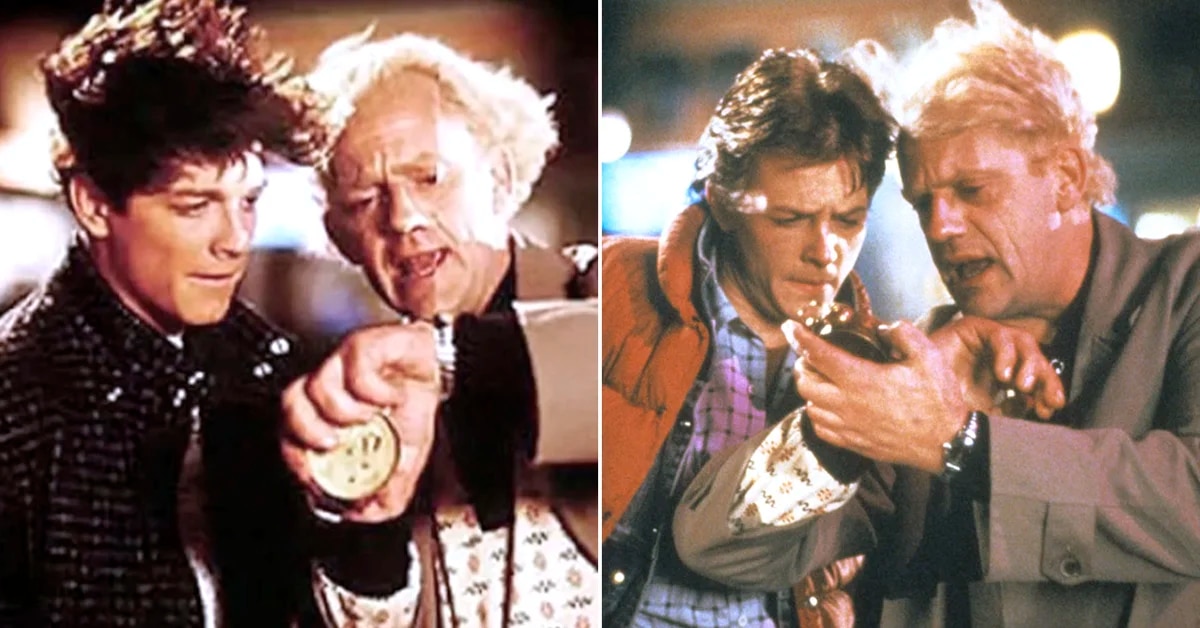 Teenager Marty McFly is Doc’s friend, a scientist who everyone thinks is crazy. When Doc creates a time travel machine, a fortuitous mistake sends Marty to 1955. (Universal Pictures)

It is common to hear stories of “what was not”: from the actor who rejected the movie that later became successful or the reverse case, the figure who went to a casting just to accompany his friend and that day changed his life for forever. It is also usual for directors and producers to discuss and make their bets on who they want in the main role. Differences that end when filming begins. Or at least that usually happens.

If there is a job that marked the career of Michael Foxit is without a doubt Back to the Future (1985, 1989 and 1990) Today, it seems that no one else could have done Marty Mc Fly. However, the young man who in the mid-1980s was part of the cast of the sitcom Family ties came in halfway through filming. Yes, as a mockery of the time machine he used in fiction, the actor appeared on the scene six weeks after the project began. Until that momentEric Stoltz he had been filming the leading man. The reasons for her separation? “He took his role very seriously.”

Fox was not given the schedules and the production company had to make the film, they did not have time to wait for the agenda of the young man who was taking his first steps in the medium but who predicted a great future, to become vacant, so they opened the casting. According to the documentary Netflix The movies that shaped us, Sidney Sheinberg, executive of Universal, had been amazed with the role of Stoltz in the mask and that’s why I wanted him for this new role. To such an extent he was convinced that he challenged the director Robert Zemeckis and the producer and screenwriter Bob Gale: “If he doesn’t do it right, you put in another actor and start the movie all over again.”

It was then that they got to work and with a very different outfit from the one he wore in the final version (when they decided to add the red vest that contrasted with the past to which the character traveled), the aforementioned actor put himself in the shoes of the beloved Marty. The weeks passed, but there was something that did not convince the artistic team. “He took his role very dramatically and believed that the film was actually a tragedy, not a comedy.”, Gale said about the artist. It lacked that funny, picaresque wink and adolescent cheekiness that Fox finally gave him and that gave McFly a life of his own beyond the film, marking a style that the kids of the mid-eighties wanted to follow. 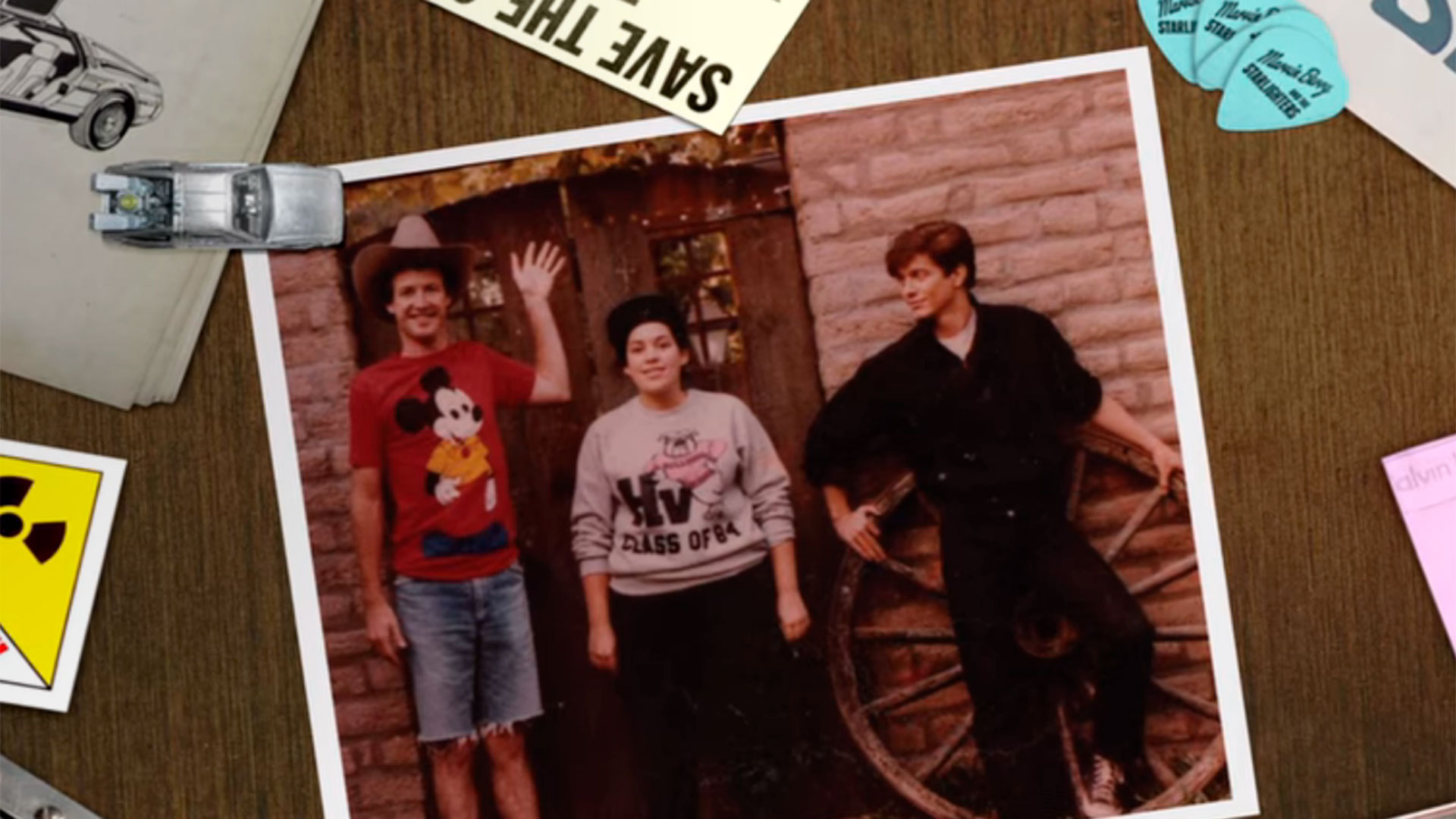 The photo in which Marty McFly, played by Eric Stoltz, and his brothers disappear when the protagonist travels to the past (Netflix Capture)

“He took it as if he had really gone back in time and it was scary and nerves”said Dean Cudney, director of photography on the aforementioned documentary. The shots piled up, but they didn’t work, and replacing an actor in the middle of a shoot seemed crazy. But the director and his team (among whom was none other than Steven Spielberg) took Sheiberg’s words at face value and called for a change of lead.

Although they ran a very high risk by removing an actor once the filming stage had already begun (in terms of money and time) and it is something that is not common to happenthey decided to do it and they moved heaven and earth so that Fox could embody the beloved, funny and eloquent (or maybe those characteristics were provided by him) character. It was a gamble… and it worked.

The change of actor meant that the shooting times had to be accelerated, to recover the six weeks lost with Stoltz, but it also brought with it the change of the companion of the main character, since Melora Hardin, the actress originally cast in the role was too tall to be Fox’s girlfriend. It was then that the producers summoned claudia wells to step into Jennifer’s shoes.

With the release date looming on the filmmakers’ heads, many scenes Stoltz had done were never reshot, but only the new protagonist was shot separately and the images were pasted… the magic of cinema!. In addition, since during the day I recorded Family ties, Fox could only film at night. Clearly it would have been very helpful for them to be able to use Doc Brown’s (Christopher Lloyd) Delorian to go back six weeks and make up for their time.

Although he is remembered as “the actor who was not Marty McFly”, the 61-year-old artist has more than 40 films to his credit, including Pulp Fiction, Little Women, Jerry Maguire and Anaconda, among other. Even in 1985, before the call for Back to the Future, he was nominated for Golden Globe for his work in The mask. 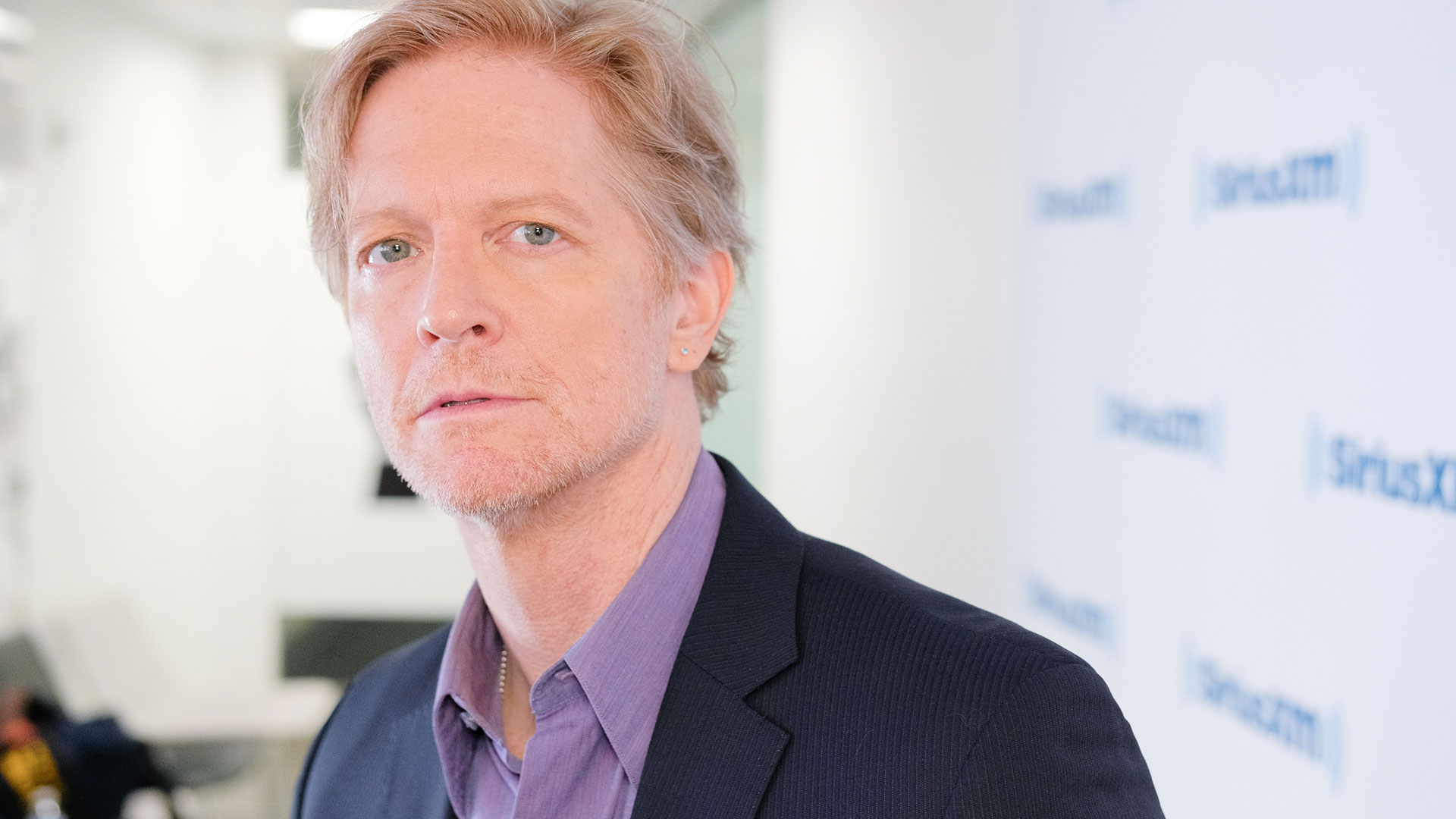 His last film as an actor was Her Smell with Elisabeth Moss and Cara Delevingne, but since 2000 he decided to turn towards directing, making, among other things, several chapters of the series Law and order. Once when asked what his favorite movie was, he said: “Usually, the last one I do, like the one I’m cutting now. Because I dream about it, and I kind of breathe it…it’s like falling in love, that feeling of emersion and challenge.”

In that same interview to the specialized American site MovieHole He also talked about his time in Return to the future: “You know, it was twenty-odd years ago and I rarely, if ever, look back, but looking back, I think just getting through that difficult period helped me realize how liberating it really was.”

Over the years, he knew how to take advantage of his departure from the project to focus on other things: “I went back to acting school, I moved to Europe, I did some plays in New York and I actually invested…in a way that was much healthier for me.” 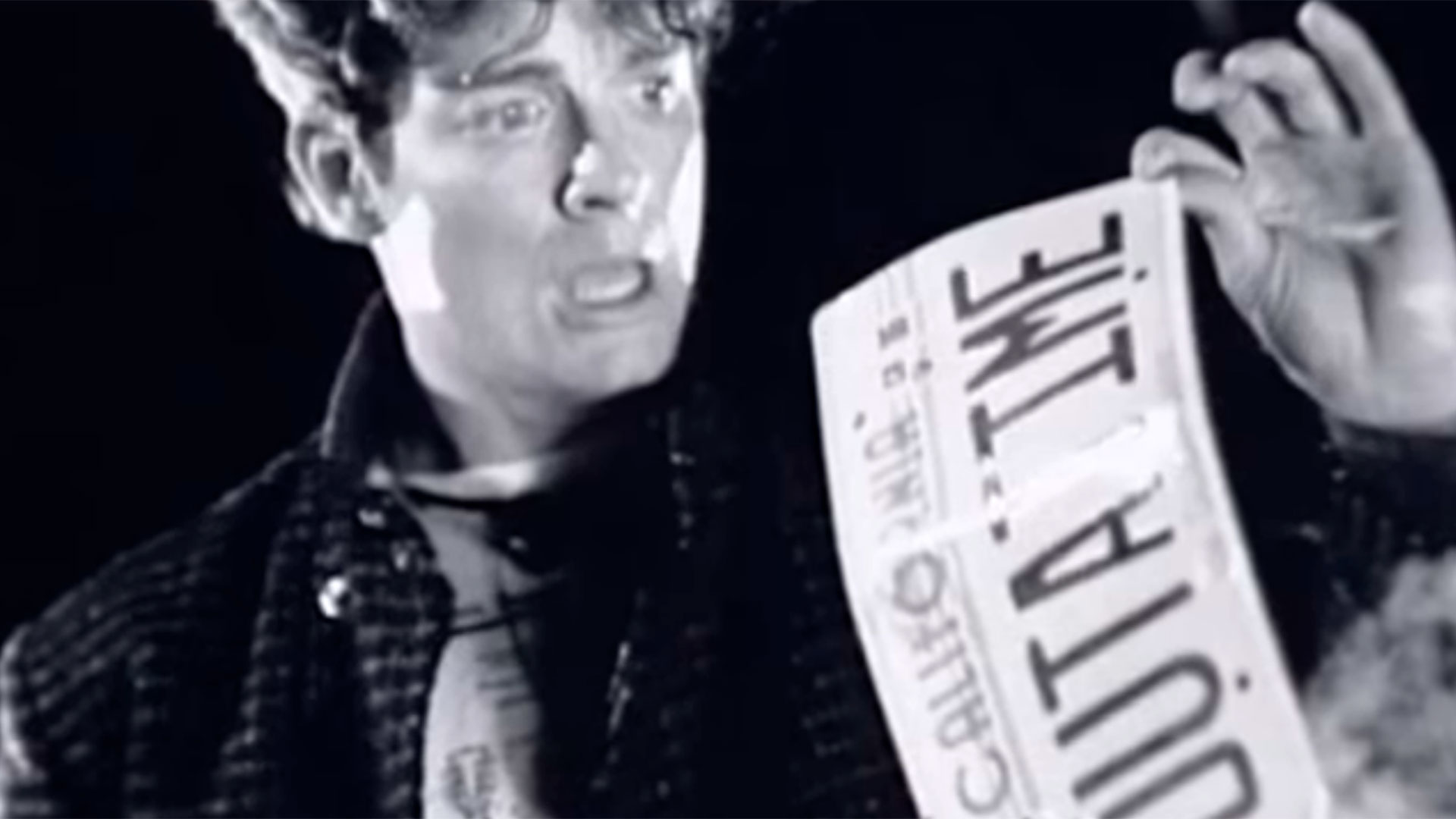 Furthermore, he confessed that he believed “I would not have entered therapy” if he had become a massive star, although he also dared to joke: “On the other hand, I would have been extremely rich, which would have been wonderful!”. He gave that note 16 years ago, four before the movie trilogy was released on blue ray with its unpublished images. Until then, videos of him in the role of Marty had never been seen and he confessed that “It would be interesting to see.”

The success of the film Zemeckis It was immediate and the first installment was followed by two more (1989 and 1990), with the Marty that everyone knows. The question will always remain as to whether Back to the Future would have been what it was without Michel Fox or if it was he who made it a film classic. Nobody, not even Eric himself, will know, unless he takes the Delorian and goes back to 1985 to shoot. 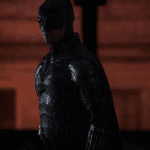 This was the chaotic filming of “The Batman”, quite affected by the COVID-19 pandemic 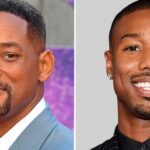 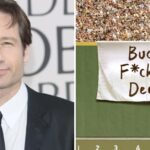 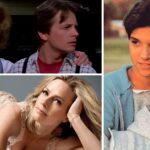 He fell in love with Marty McFly in Back to the Future and Daniel Larusso in Karate Kid: what happened to the life of Elisabeth ShuePart of a wealthy family, his future seemed to be in politics, but when he discovered the cinema he did not think twice. And she ended up marking an era
In this article:career, company, convinced, director, directors, Eric, filmed, filming, fired, Fox, future, Halfway, hiring, hit, Marty, McFly, michael, Milestone, production, protagonist, Robert, rôle, shuffle, Stoltz, weeks, Zemeckis 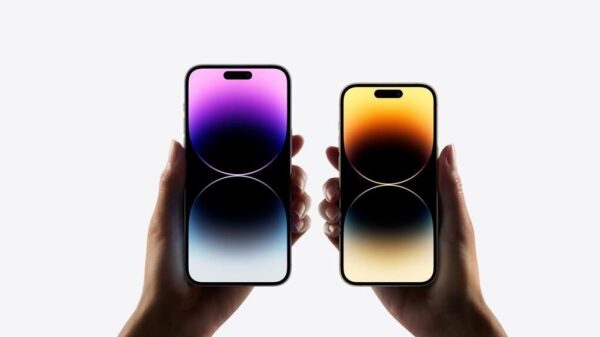 There are many indications that the demand for iPhone 14 Pro and iPhone 14 Pro Max is higher than expected, which means that Apple... 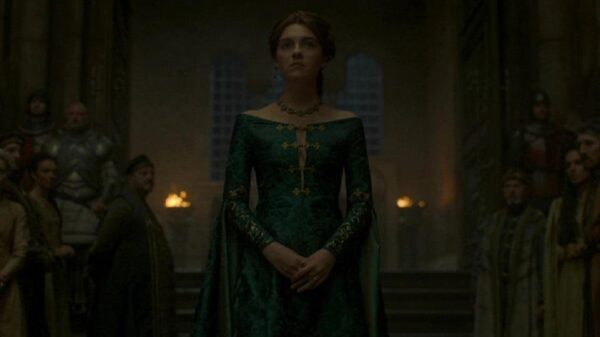 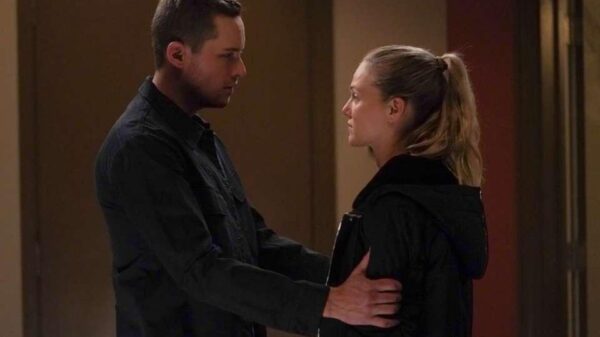 In an interview with ScreenRant, Gwen Sigan, screenwriter of Chicago PD, spoke about the future of Jay Halstead and Hailey Upton with the departure...