With the launch of black adam, last Thursday (20), many people got to know the DC Comics anti-hero better. However, another character also stood out during production. This is Carter Hall, who was nicknamed Hawkman (Hawkman, in the original). In theaters, he was recently played by actor Aldis Hodge.

Below, you can check out more information about this hero who once led the Justice Society. Enjoy!

Who is Hawkman? DC Comics Character Is One of the Founders of the Justice Society

The first appearance of the hero in question took place in the magazine Flash Comics #1, originally published in January 1940, written by Gardner Fox and illustrated by Dennis Neville. Curiously enough, this was also the magazine responsible for introducing the first Flash, Jay Garrick.

In the narrative, Carter Hall is presented as an archaeologist who still works as a curator of a historical museum. At one point, he discovers that he is the reincarnation of Khufu, a prince of Ancient Egypt.

From an ore known as Nth Metal, the hero develops his winged armor, including the ability to fly. Together with an immense force, he decides to fight crime using the mask of Hawkman.

In the same year of its debut, with the launch of the magazine All Star Comics #3, the Justice Society of America was finally introduced to readers. This team, which even predates the creation of the Justice League, has Carter Hall at the helm. Its first lineup still has Doctor Fate, Atom Crusher, Green Lantern, The Flash, among other famous heroes.

In this way, it is evident that the writers of Black Adam did their homework and researched very well who the original members of the group were. It is also worth noting that, during the magazines All Star Comics, Shiera Sanders was also introduced to readers. Consisting of the hero’s main love interest, she later discovers that she is the reincarnation of Chay-Ara, who was Khufu’s lover, becoming Hawkgirl. 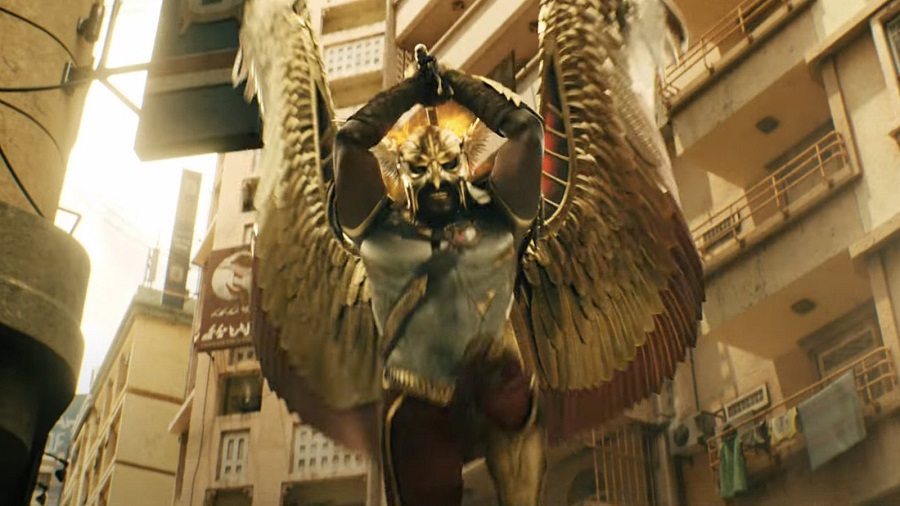 Despite the initial success that all these heroes made together as part of the Justice Society, the magazines All Star Comics were losing popularity as time passed. The last publication took place in 1951 and by that time the Justice League had already been created with Superman, Batman and Wonder Woman.

In this sense, Carter Hall and his Hawkman gave space to other heroes, resurfacing with more force years later in new DC comics. The hero’s nickname also passed to other characters, such as Fel Andar, Katar Hol and Charley Parker. Each of them has a new origin story regarding their involvement with Hawkman’s powers.

Did you like the content? So stay tuned here at TecMundo to learn more interesting facts about DC heroes!

Anohana and 10 drama animes for you to know

VIDEO | This robot is capable of parking airplanes and helicopters