Witches and wizards, raise your wands! It’s been almost 25 years of the magical universe of Harry Potter, which doesn’t stop gaining new content to this day and fans have always been dedicated to finding answers implicit in the stories.

The Ranker website scored the 10 most interesting theories created by fans surroundings of the fantastic universe created by JK Rowling. See below.

Does Fantastic Beasts have a connection with Harry Potter?Source: Warner Bros.

The Fantastic Beasts franchise debuted five years after Harry Potter and the Deathly Hallows: Part 2 ended the Harry Potter arc in theaters, and it already has five films announced for the latest sequel.

The five productions within the Newt Scamander universe take place in a time before the events of HP, which leads fans to believe that we will see the fall of the villain Gellert Grindelwald, the rise of Dumbledore as a reference in the wizarding world, the emergence of Voldemort , the First Wizarding War, until the birth of Harry and the tragic death of his parents. 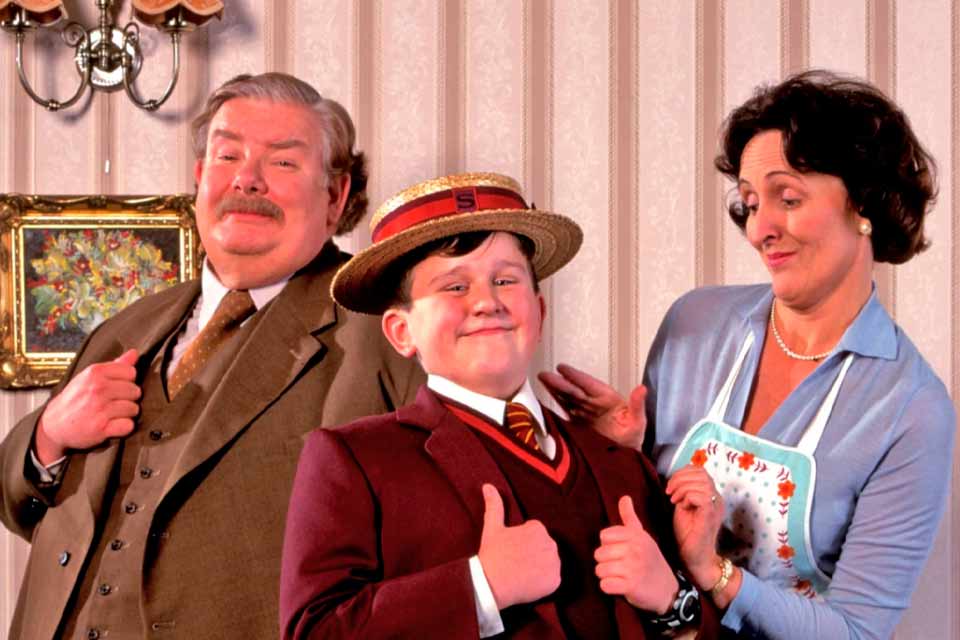 Were the Dursleys under a spell?Source: Warner Bros.

The horcrux spell is forbidden in the wizarding universe of Hogwarts and keeps pieces of the wizard’s soul in objects, preventing his death. But that ban didn’t stop He-Who-Can’t-Be-Named from casting the spell, and it was left even for Harry, who became one of his eight shards.

And therein lies the problem and the theory arises: Horcruxes bring out the worst in people around them, which was the case with the Dursleys. While Harry lived with them, the wizard was treated badly, but the more time he spent away at the wizarding school, the more tolerable his uncles became. 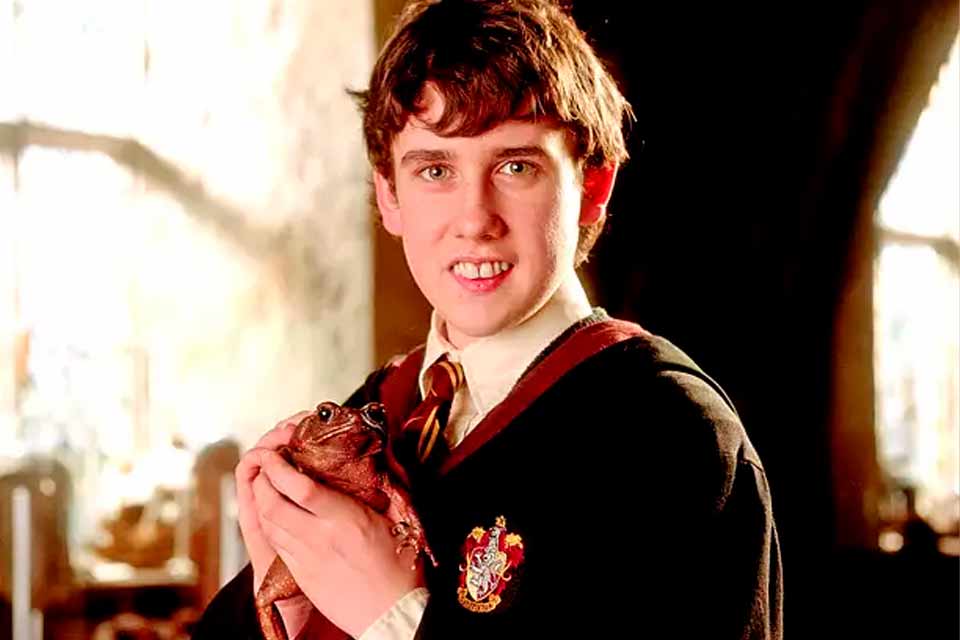 Would Neville be responsible for defeating Voldemort?Source: Warner Bros.

Could it be that Harry Potter was the one chosen, who is the wizard responsible for defeating the Dark Lord? The prophecy says that the chosen one is someone born in July and who was defended by his parents, which fits both Harry and Neville.

It does not stop there! Professor Quirrell, a follower of Voldemort, tried to knock Harry Potter off his broom, while Longbottom also faced a similar situation in his first flying lesson. What guarantees it wasn’t the villain trying to finish off his two nemesis early?

7- Hermione, Harry and Ron chose to be in Gryffindor 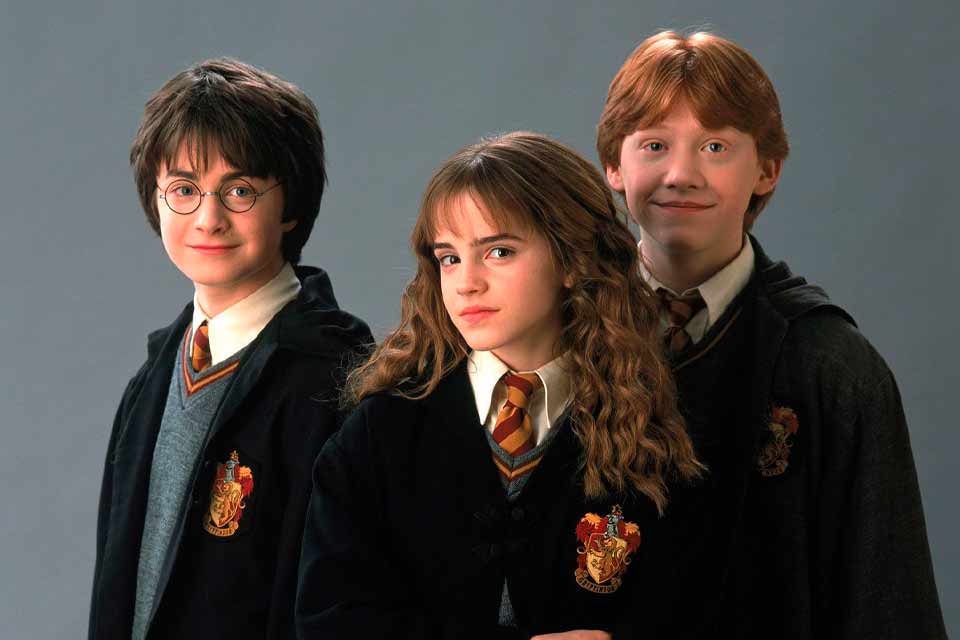 Did the Harry Potter trio choose to be Gryffindor?Source: Warner Bros.

Fans believe that the trio of protagonists chose to be part of the house founded by Godric Gryffindor, given that Hermione would fit in Ravenclaw for her intelligence, Harry in Slytherin for determination and Ron in Hufflepuff for loyalty.

Do the witches’ traits match those of the houses, so does the Sorting Hat choose based on what qualities the person has or what they value?

6- Voldemort, Harry and Snape are the Three Brothers and Dumbledore is Death 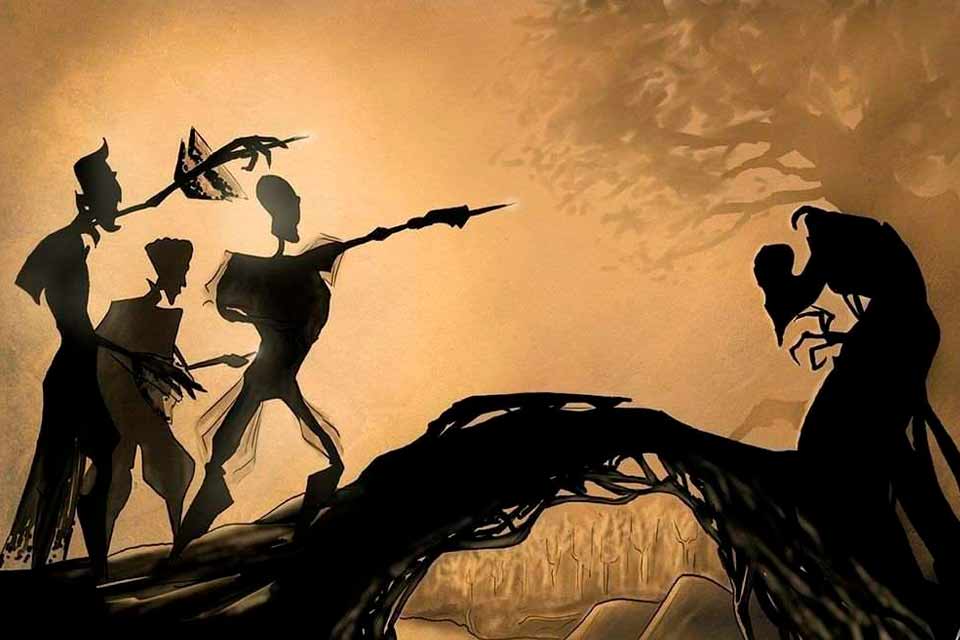 The Tale of the Three BrothersSource: Warner Bros.

the parable The Tale of the Three Brothers tells the story of one brother who desires power, another a way to relive his lost love and the third a way to escape Death. The descriptions match the events experienced by Voldemort, Snape and Harry.

5- The Dursleys Empowered Harry by Being Horrible 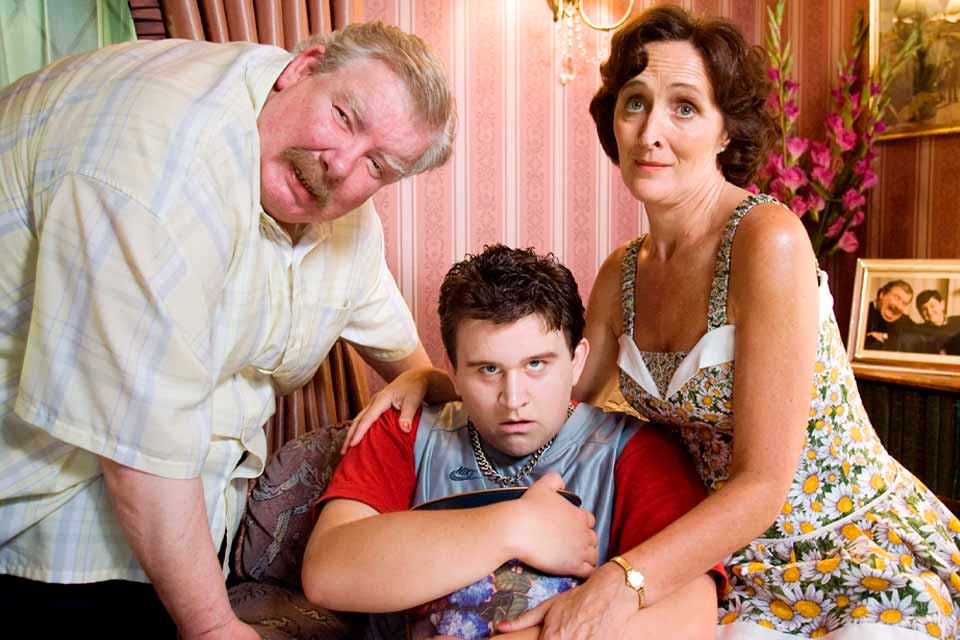 In the larger vein of “what doesn’t kill you makes you stronger”, this theory believes that HP achieved all his feats by having created a resistance with the Dursleys’ mistreatment. 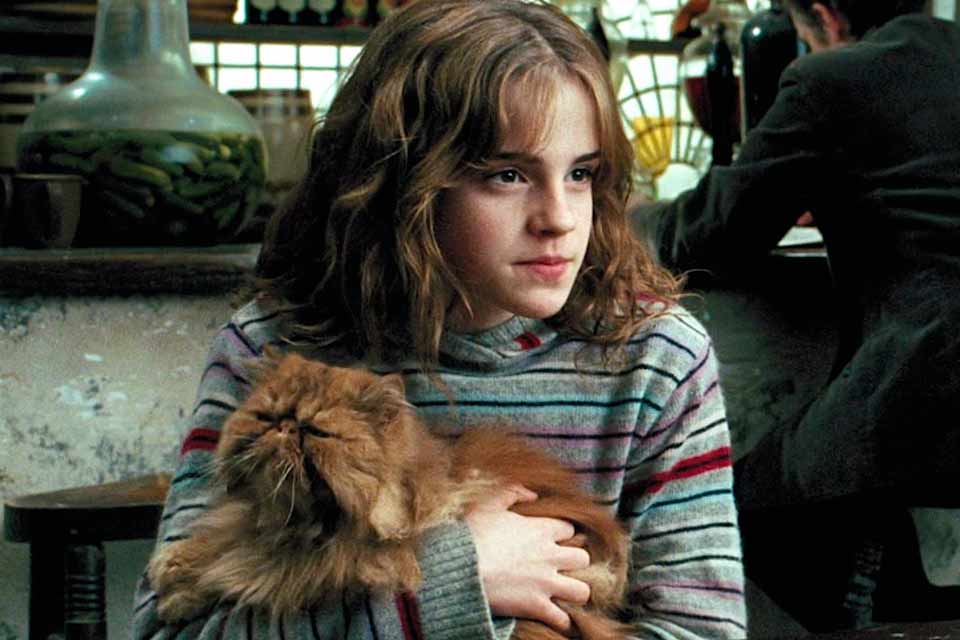 The theory is based on the fact that Harry discovered that his parents had a cat when he was a child and no one knows his whereabouts. Fans believe he recognizes Sirius and Peter Petegrew as having been the Potters’ cat and having seen them both before.

3- Trelawney was right about Harry’s date of birth 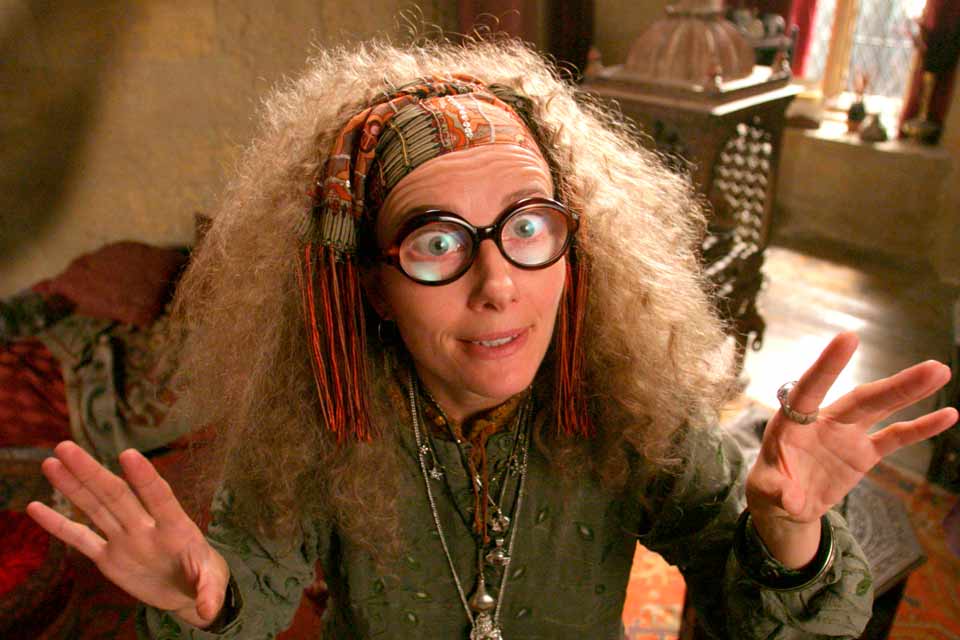 Did Trewlawney know that Harry was a Horcrux?Source: Warner Bros.

Although Harry was actually born in July, Professor Trelawney of Divination says he was born in the middle of winter, which runs from December to March in England. The reason for this would be because a part of Voldemort’s soul, who was born on December 31st, was inside HP.

2- Hagrid got Aragog from Newt Scamander? 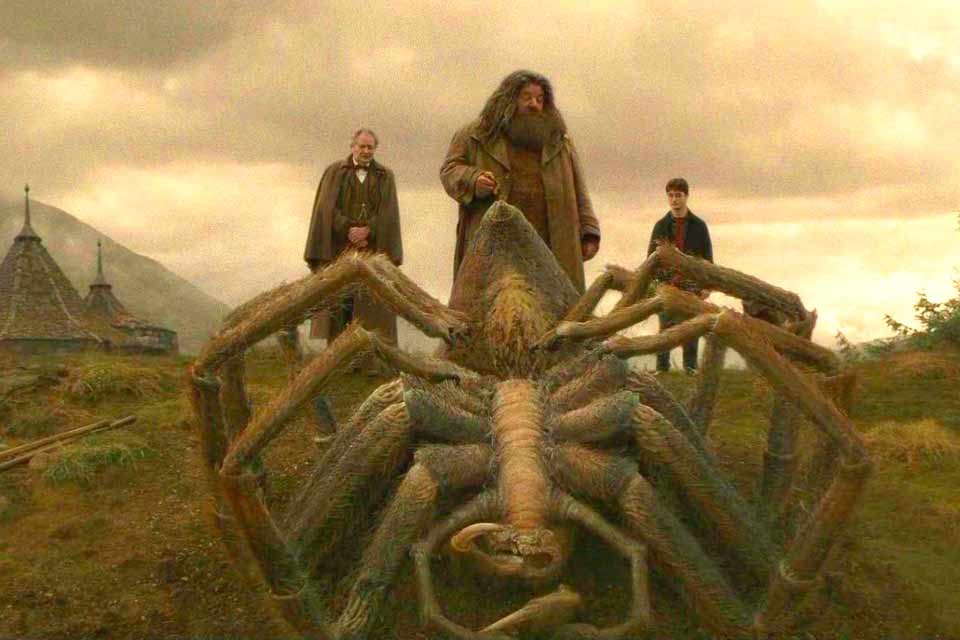 Did Scamander give Aragog to Hagrid?Source: Warner Bros.

Aragog explains how he stayed with Hagrid in Harry Potter and the Chamber of Secrets: “I came to Hagrid from a faraway land, in a traveller’s pocket.”

The point that changes the conversation is the discovery that Scamander ended up at Hogwarts after traveling across five continents to study, collect and protect fantastic animals. 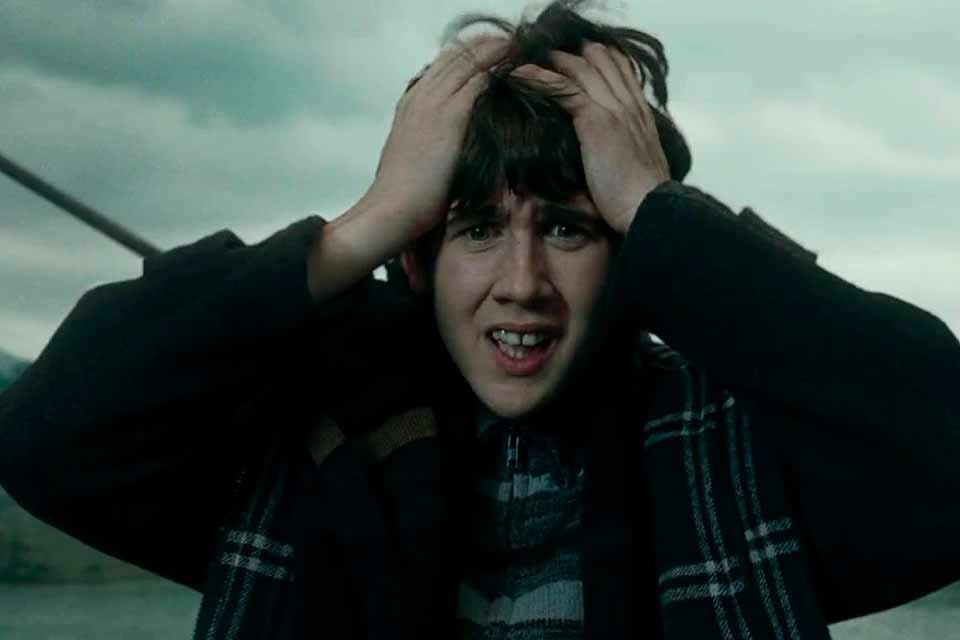 Did Neville use the wrong wand?Source: Warner Bros.

One of the first things fans learn is that the wand chooses the wizard. The problem is that Neville Longbottom used his father’s wand for his first five years at Hogwarts and repeatedly had trouble getting his magic to work properly. The scene changes when his wand breaks and Neville seems to finally find himself, at full power.

What did you think of these theories?