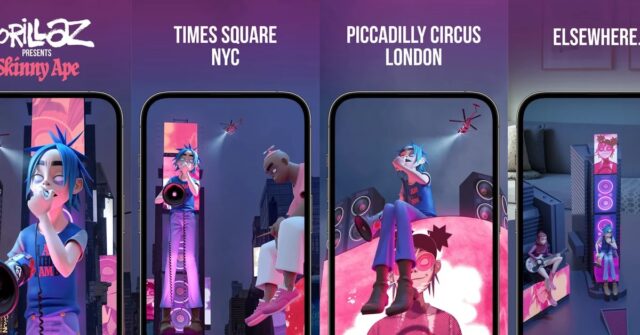 The virtual band Gorillaz will give a live concert using augmented reality technology with an application for Android and iOS. (Google)

Gorillaz announced on his YouTube channel the holding of a public concert at locations in the United States and England that can be seen thanks to a app available in stores Play Store from Google and app store from Apple.

Billed as “an immersive live experience,” the event will include augmented realitywith which users and followers of the musical group will be able to see the avatars of the members playing Skinny Ape, the new song from their next album “Cracker Island”.

The band’s announcement also came along with their app “Gorillaz Presents” which is now available to install from Google Play Store and App Store.

With it, people who may be present in Times Square in New York (December 17, 2022) and Piccadilly Circus in London (December 18, 2022) will be able to have the immersive experience of the band that, from what can be seen in the event trailer, could include giant characters that will play and sing on top of the buildings in the areas where the presentation will take place.

In addition, so that the experience can be present anywhere even if the users unable to attend live dates, the Gorillaz app will also have a “desktop” version that will show fans avatars of the band in a miniature version that can be projected on a surface. As in the face-to-face concert, the buildings and the environment will be simulated to introduce the characters.

The “larger than life” experience of Gorillaz can be seen as many times as people like from their smartphones until the month of June 2023 and according to the announcement made by Googlethe experience with augmented reality will not stop once the presentations are finished, but users of Android “soon you will receive exclusive images of the experience RA on the “Gorillaz Presents” app so you can relive the action anywhere”

The Gorillaz app will allow users to view the concert in virtual reality at the band’s confirmed locations or anywhere else. (PlayStore)

The announcement of the band’s immersive experience was also made by Googlethat in a publication of his Web page official indicated that the technology behind the presentation is the ARCore geospatial API, which is the same that can be seen when activating the function of live view in the mobile application google maps.

According to the technology company, the band virtual has worked in conjunction with a study of digital animation to generate the live presentation of the avatars and allow users to live the experience of augmented reality within the group application.

In order for the application to function properly, users must allow the software access to the location by GPS, device camera and storage space. In addition to specific compatibility with the smartphonebecause it is not available for all models, the platform will only work on those phones Android with operating system 8.0 onwards. 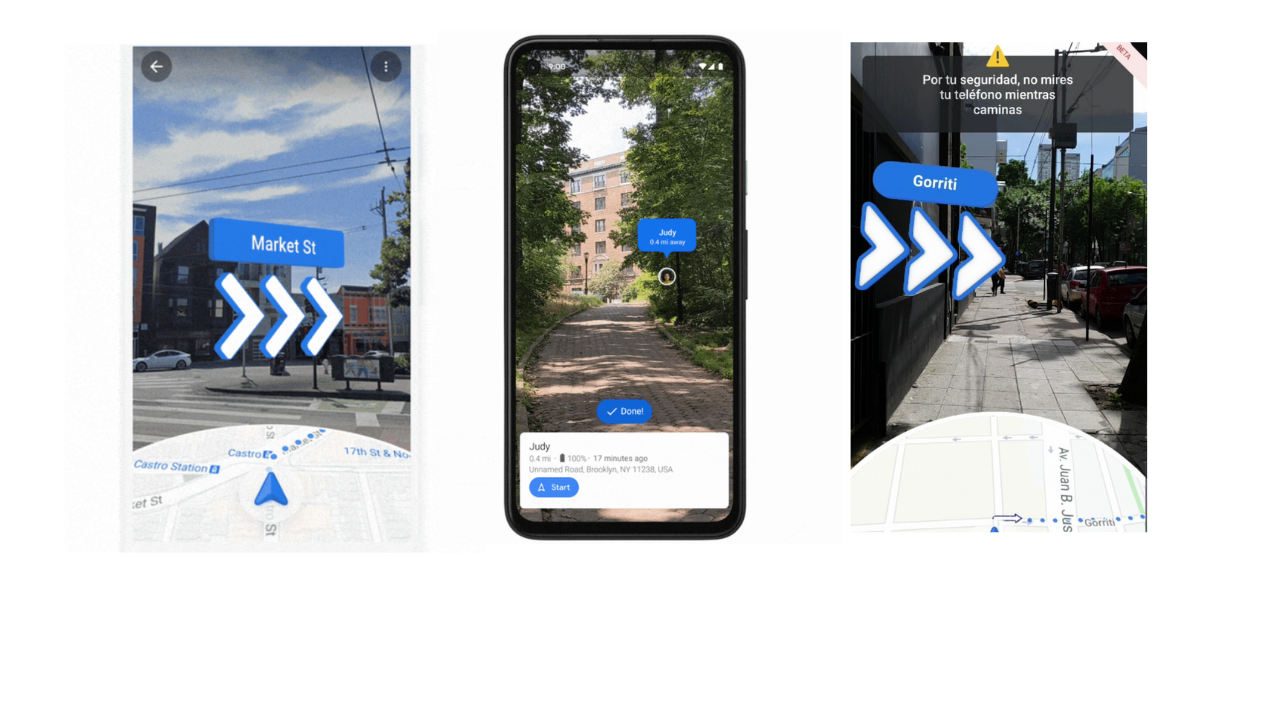 While for iphone must be installed iOS 14 or later.

The permissions in this case are the same as for Android and both platforms mark it as a 100% free app with no in-app purchases within their system.