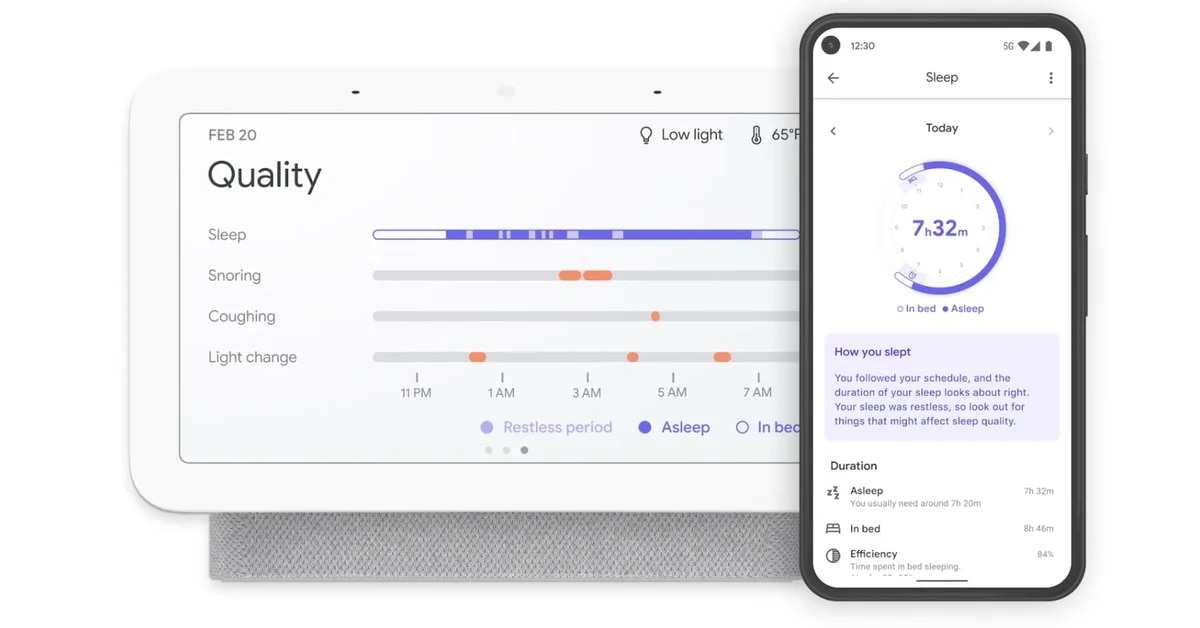 Google is working on a function to detect snoring and coughing

Google works on two new functions that detect cough and snoring within its Google Health Studies app to provide users with data on the quality of their sleep. This is an option that could reach Android devices.

physical activity platform GoogleFit expanded its functions in March 2021 with the inclusion of recording the heart rate and respiratory rate of users through the camera of their mobile devices.

The company maintains its commitment to include new functionalities in the field of health within the devices and, on this occasion, will focus on providing a tool so that users can have more information about the quality of sleep, as the portal advances specialized 9to5Google.

The 2.0 update of the application Google Health Studies It arrived last week with the help of a new study on the impact of mobile phones on mental health. Within this review, the media points out that several code snippets advance an audio collection study during sleep, which is only available to Google employees.

To access these lines of code, the media explains that it analyzed the files of version 2.0 of the app that Google uploaded to its Play Store. These files are called Android Application Package (APK), and they preview potential new features that may or may not make it to the ecosystem.

Google explains that its “health detection team is actively working to bring an advanced set of detection capabilities and algorithms to Android devices with the goal of giving users meaningful insight into their sleep”, according to the aforementioned medium.

The collection of audio data aims to nurture artificial intelligence systems so that they can process the information. In short, these algorithms will be applied to monitor users’ sleep in search of coughing and snoring at night, while preserving the privacy of the device owner.

Rahman mentions that Google’s Digital Wellbeing app also offers access to environmental events, so it’s likely to offer cough and snoring data to users. Everything indicates that work is being done on this aspect.

It’s unclear if snoring and cough detection will be a broader Android feature or a Pixel exclusive. At the very least, it could debut on those phones first. It is also not known in which application this capacity will be available, although the spaces where they are most likely to be integrated are Google Fit and Clock.

It should be remembered that in 2020, Google introduced the tool Bedtime (Bed Time) in Google Clock that works with Digital Wellbeing to estimate time spent in bed. This involves giving the Clock app access to motion and light detection. Meanwhile, Fitbit offers the snore and noise detection feature on the Sense and Versa 3 and there’s a similar feature on the second-gen Nest Hub.