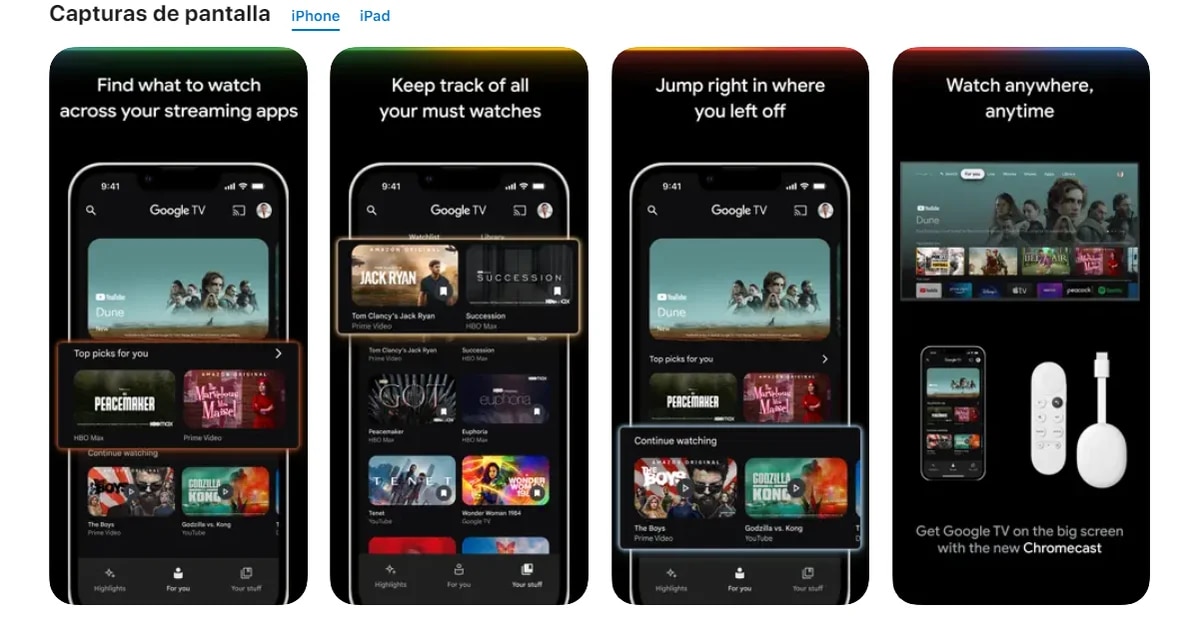 Google TV is available for iOS

google tv came to mobile operating system iOS. In other words, the platform can already be used from mobile phones. iPhone and tablets iPad. To make use of it, simply search for it and download it from the Apple Store digital store.

On the other hand, those who had Google Play Movies installed will only have to update that app to access Google TV.

In addition to the name change, the application had several changes and now offers the same functions as on Android. Users will be able to find all kinds of movies depending on the streaming platforms they are subscribed to.

Among the new features recently announced on Google TV are personalized profiles, which are intended for households with multiple users.

This tool, announced a few months ago, gradually began to reach users who have a profile linked to a Google. This option offers recommendations for movies, shows, and services.

Preferences and interests, as well as watchlists, remain separate from other users’ lists or home profiles on Google TV as part of these new customization options.

The user can create a list for his discoveries. It is possible to add interesting series and movies to the tool called My list to collect new content and watch it later.

My list is shared across devices, so you can add content to it from your TV, phone, or mobile device by searching with any browser.

In addition to centralizing the streaming applications that users are subscribed to and having watchlists, the platform offers the possibility of accessing information such as the films that inspired the lives and careers of famous people.

It also allows you to rate productions and programs using the buttons I like it Y Dislikeas well as access to personalized news and reviews according to the tastes of the users.

“Discover new content from recommendations based on what you like and trends from services you already have access to. Search titles to see in which applications of streaming are availables,” he says at the Apple Store.

Nevertheless, One of the most celebrated features of Google TV is that it allows you to use your smartphone as a remote control. It is also possible use the Google Assistant, as long as the service is used with a Google TV or a model with Android operating system.

It should be remembered that a few days ago Google began removing the Movies and TV section from the Play Store application, a movement that follows the disappearance of Google Movies and the redesign of the new Google TV application. 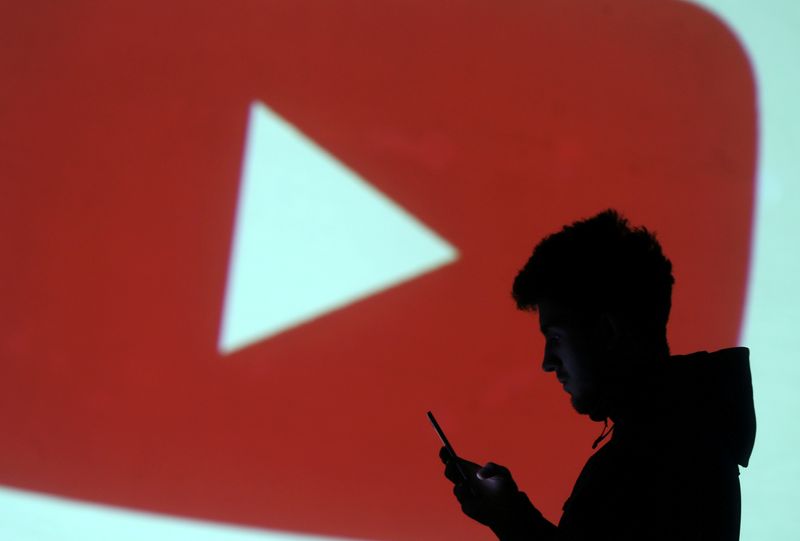 Other news from Google in streaming services is the recent launch of a new function in Youtube which allows users around the world to know in advance the most played parts of a video and access them directly.

For the development of this option, a graph is used that determines the frequency with which other users viewed that segment.

With this tool, people will be able to find and access specific points of the clip directly, instead of having to view all the content to identify it.

This function was present in both the mobile and desktop versions, only for YouTube Premium customers, and the novelty is that it has now reached everyone.