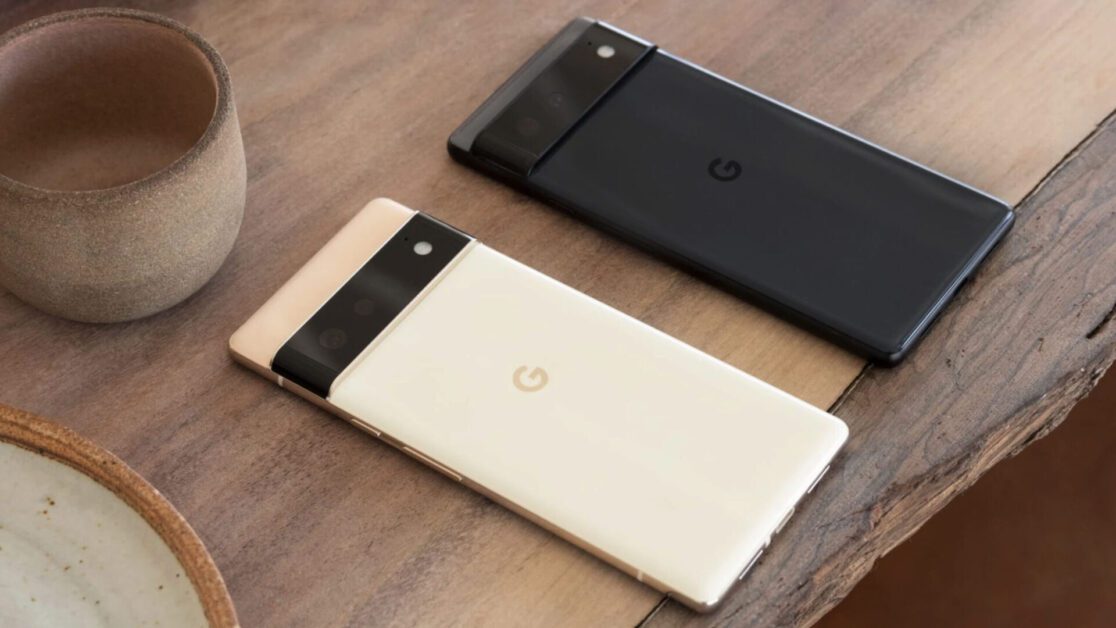 Yes, the Pixel 6 and Pixel 6 Pro are spectacular smartphones. But Google not only presented new smartphones on Tuesday evening but much more importantly: its own hardware platform. Tensor is the name of Google’s own SoC, which should bring a breath of fresh air to the smartphone market. In addition to sheer computing power, AI features are in the foreground here.

So far, it has been Apple that has been able to boast a perfect symbiosis of hardware and software. Now Google is following suit – the internet giant presented its new pixel smartphones and hardware platform at an impressive event. After just under an hour of presentation, it is clear: the battle between Mountain View and Cupertino has only just begun.

“AI is the basic technology for all of our services,” announced Rick Osterloh for today’s event. But up to now, SoCs were simply not powerful enough to be able to carry out the necessary calculations locally on the smartphone. After years of development, Google now wants to have created the perfect platform with the Tensor SoC.

The Tensor SoC won’t outshine the Apple A15 Bionic or Qualcomm Snapdragon 888+ in the pure benchmark results. But in the meantime it is no longer a question of pure computing power: Especially with features such as intelligent image processing, perfect coordination of software and hardware is essential – Apple’s top discipline.

True to the motto that the Pixel 6 and Pixel 6 Pro should become the “Most personal, most helpful” smartphones, Google has worked on speech recognition. For example, punctuation should now work much better, and names are written as they are stored in the address book. If there are multiple options, the voice prompt suggests multiple options that might fit.

In addition, when dictating a message, for example, the voice input recognizes what should actually be sent – and with which words the user wanted to correct certain words or what a certain emoji was described with. At least during the presentation, it looked impressive – and we’re looking forward to testing it.

Urbanista Los Angeles headphones presented: 80 hours of battery thanks to a clever trick!

There’s even an exciting new feature to good old phone calls. This is how the Pixel 6 (Pro) recognizes whether you are on hold. You can then put the smartphone aside and you will be notified as soon as someone on the other end of the line picks up. And the new Google Translate is intended to further reduce language barriers – it will work much faster and in future also within apps, for example in WhatsApp, Snapchat, in the camera app or via “Live Translate” as a simultaneous translator.

But of course the camera is also a central point for the Google Pixel 6 and the Pixel 6 Pro.

The cameras: Next Level Computational Photography

Both Pixel 6 smartphones have got better cameras than their predecessors. Instead of the usual 12 megapixels, the main sensors now have a resolution of 50 megapixels – and have grown significantly. For the sensors, Google relies on the Samsung GN1 sensors with a size of 1 / 1.31 inches.

Just as the Neural Engine at Apple takes care of all kinds of AI camera features, such as the cinema mode, Google Tensor also powers the camera. The image quality of the camera system based on the new 50-megapixel camera sensor should particularly benefit from this. HDR video is now possible at 4K resolution with 60 fps – Google calls the feature “HDRnet“. But the normal HDR mode should also deliver better photos.

With the help of the new Tensor SoC, the Pixel 6 and Pixel 6 Pro offer a range of intelligent camera features. Face Unblur is supposed to combine several photos with each other in order to show faces in focus – even if the person has just moved. Motion mode works the other way around and transforms moving objects into long tracks, such as cars driving by at night.

With the Magic Eraser, Google declares war on the photobombers. In the future, it should be possible to remove disturbing people and objects from the images in Google Photos even after they have been taken. During the presentation, it definitely looked impressive how deeply objects can be removed from the pictures.

Last but not least, Google has worked hard on the camera to accurately map the skin tones of people with all different skin tones. Google has not yet said anything about whether and which features will also be available on other Android smartphones via the Android 12 update.

Android 12 turns the Pixel 6 (Pro) into an Android iPhone

In addition to all the hardware features, the operating system naturally also plays a key role in the Pixel smartphones. The Pixel 6 and Pixel 6 Pro run from the factory with Android 12. The most spectacular feature is certainly the new Material-You design with a more uniform system design across all apps, new widgets and more.

As recently with Apple, the focus is also on security. With the Tensor Security Core and the Titan M2 core – just like the current iPhones – sensitive data are to be accommodated in a separate core of the Google Pixel 6 and 6 Pro. But the operating system itself will also be more transparent in terms of authorizations and will now reveal, for example, whether the camera or microphone is being tapped.

All further details about Android 12 can be found in the following article:

Here you can find out if and when your Android smartphone will receive the update to Android 12.

“Our first, real flagship” – this is how Rick Osterloh announced the Google Pixel 6 Pro at the presentation. We have already written in detail about the software and the tensor platform. But what do the two smartphones actually offer apart from Tensor and Android 12?

Otherwise, both models share the same hardware platform with the Google Tensor SoC. The Pixel 6 Pro offers a touch more memory with 12 GB and also an optional 256 GB memory.

Conclusion: are the Pixel smartphones the better iPhones?

Yes and no. But even the biggest Apple fans in our editorial team were amazed during the presentation. We expect our test devices in the coming days and will soon provide you with detailed hands-ons. If you have any questions, requests or suggestions about what we should try: Put it in the comments!

Google Pixel 6 Launch event: This is how you follow today’s event