Google Maps It is seen as a tourism tool around the world, even if a person does not go to the real location, they can travel through this platform to it and take a virtual tour. That’s why in Argentina They will begin to implement the tourist providers that will help complement the information.

In its 15 years in the country, the company announced a series of innovations for the application in order to “help people move easily and continue discovering the natural and cultural wealth” of the nation.

All this work was done hand in hand with the Ministry of Tourism and Sports of the Nationto add to 150 tourist providers the addition of more than 80 locations in street view and an expansion on upgrading public transportation.

“Somehow, the services of Google connect the world with Argentina and also to Argentina with the world. In this sense, Google Maps It is an indispensable tool for this to happen because it allows us to put our country on the map, explore the place where we live on a daily basis and make all our natural and cultural heritage visible,” he said. Tamar ColodencoPublic Policy and Government Affairs Manager for Google in the Southern Cone.

With the aim of promoting the development of regions and towns in terms of culture, gastronomy and history, this new function was launched, which implies the creation of a business profile in maps so that each agent has an online presence and thus provides information to visitors. 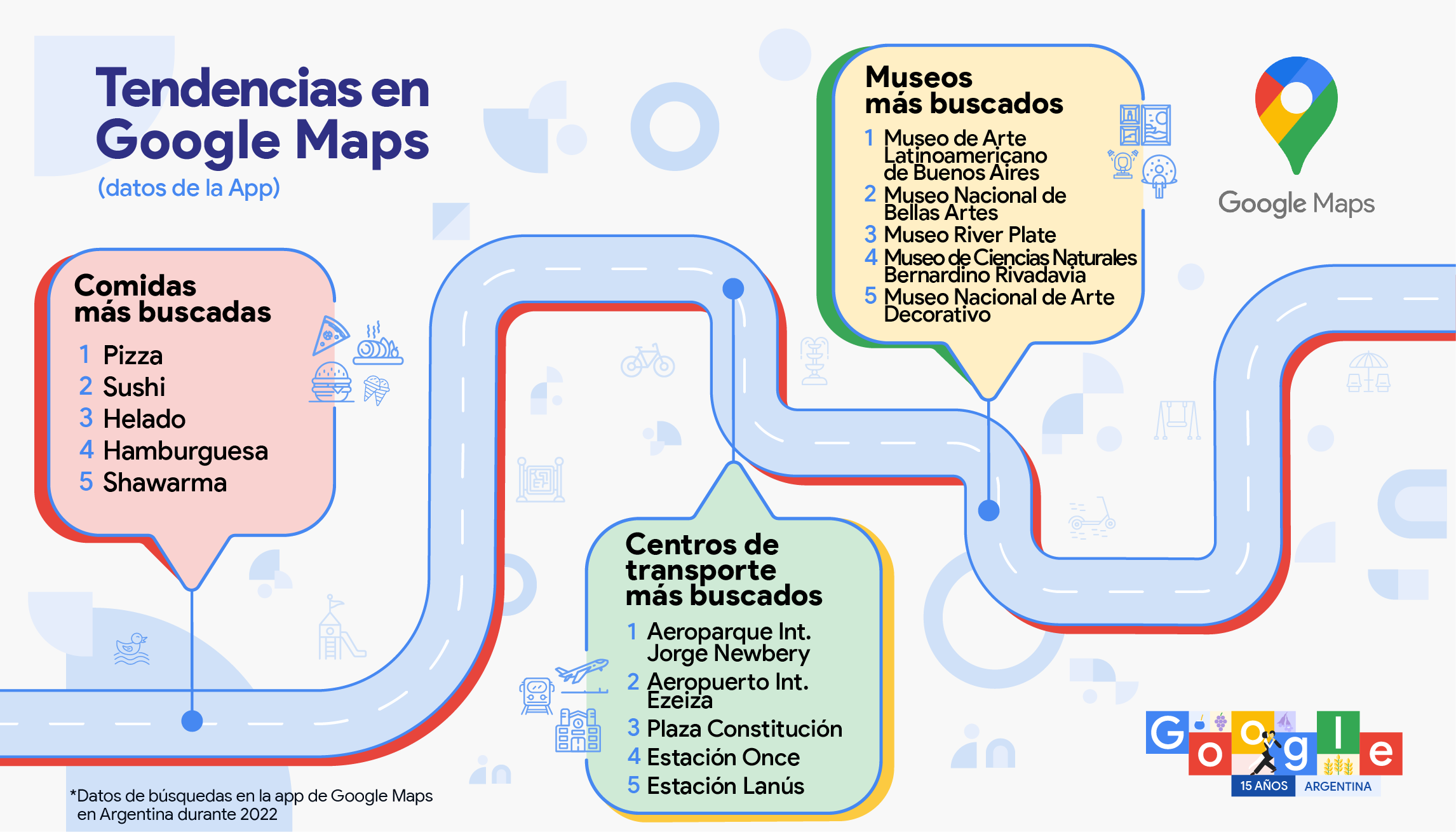 These agents will have the ability to highlight the main information with which they want to approach the public, as well as share photos and images of installations and products, news, offers and open communication channels, among other options.

To achieve this Google began a series of trainings with the presenters with the aim of providing support in the tool and guiding them on how they can enhance communication with tourists and visitors.

The creation of this business profile will be free and will also provide an important tool and that is to show how visitors find your establishments, highlighting keywords, statistics, opinions and others.

“This initiative is part of our commitment to contribute to the economic recovery of Argentina and promote the digitization of the tourism sector through our technology,” he said. Colodenco.

Another announcement is the expansion of the catalog of locations in Argentina, This tool allows visitors, future tourists or those who want to explore the country from home, to have a better view of places of interest.

So there will be more than 80 new places, divided into eight categories:

– Sights. It includes historical sites, such as the National Congress; beaches and natural landscapes.

– Parks, plazas and nature reserves. This category includes landscapes from all over the country, such as the Civic Park of Mendoza and the Sierras de las Quijadas National Park.

– Airports. Among which are the International Airport of Mar del Plata, among others.

– Stadiums. It includes the José María Minella Stadium and the Nueva España Stadium, among others.

– Educational institutions, such as the Faculty of Medical Sciences of the UNLP.

– Religion, which includes the Abbey of Our Lady of the Angels, among others.

– Theaters, such as the Teatro Municipal Colón.

Rick & Morty: Part 2 of Season 6 Gets Trailer With Dr. Wong