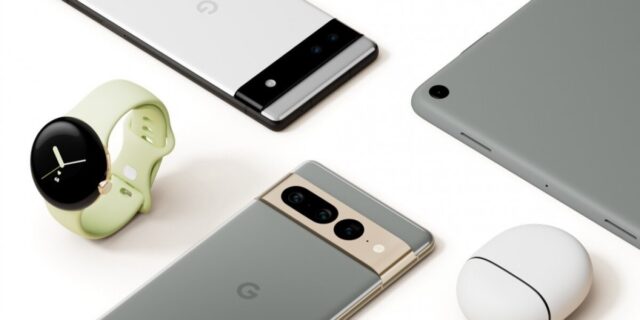 The Android Authority has obtained Google’s plans for 2023-2025 from an authentic and reliable source, which includes information about the expected Pixel models and their schedule. According to the current situation, this is Google’s specific vision for the indicated period, of course, depending on the circumstances, it is not excluded that they will make changes in the future, but if everything goes well, we can expect this in the next three years.

For that, neither a crystal ball nor an internal informant would have been needed to take the risk that the Pixel 7 series will be followed by the Pixel 8 and Pixel 8 Pro next year with a new generation chipset, which will probably be called the Tensor G3. On the other hand, the important information is that the Pixel 8 will be slightly smaller than the Pixel 7, and the 8 Pro will retain the dimensions of the Pixel 7 Pro.

And it has now become quite certain that the lynx codenamed Pixel 7a, next year the felix Pixel Fold, running under the working title, is also introduced. Moreover, according to Android Authority, in April or May, so around next year’s Google I/O. The bendable Pixel is expected to cost $1,499, while the Pixel 7a will cost the same ($449) as its predecessor, though it will also offer a 90Hz panel and wireless charging. And the 2024 Pixel 8a could be introduced depending on the success or failure of the Pixel 7a, or it could skip a year, making the the series switched to a two-year product cycle. If the Pixel 8a is presented according to the schedule so far, we can already expect a price level of $499.

We can definitely expect three more devices in 2024. The Pixel series will start to follow Apple’s practice this year, so the Pixel 9 series will have a modestly sized base model (Pixel 8 format) and a Pro version equipped with a 6.3-inch panel, which comes in a larger package with a 6.7-inch panel will also be optional. In the same year, there is also a chance for the continuation of the Pixel Fold, but this will depend on the reception of the first bendable device.

In 2025, there can be two scenarios, depending on whether the previous year’s strategy works. If Google finally commits to a shell-shaped bendable, which they are only thinking about for now, then three traditional Pixel devices and a flip solution can be expected again, but if they throw the shell away, it will fit four Pixels, a smaller and a larger basic model, and a a smaller and a larger format Pro.