Since Elon Musk closed a $44 billion deal to buy Twitter on October 27, 2022, the businessman has worked to allay concerns about the potential proliferation of misinformation and hate speech on the platform. In the midst of the uproar, some Twitter users have searched for alternative social networks. One of the most popular is MastodonWith almost 4.5 million accounts.

On November 7, Musk, 51, tweeted at least three derogatory comments about Mastodon before deleting them. This is what you need to know about the social network.

Introduced in 2016 by software developer Eugen Rochko, Mastodon describes itself as a “free, open source, decentralized social media platform” that claims to be “a viable alternative to Twitter”. The platform’s name is inspired by an extinct relative of mammoths and elephants.

Its software was developed by Mastodon gGmbH, a German non-profit organization run by Rochko. The company did not respond to requests for comment.

Be from Open Source means that the original Mastodon source code is publicly available and may be redistributed and modified. People can contribute to the code that supports Mastodon by identifying and fixing bugs, adding new features, and translating its interface into different languages.

Anyone can create their own version of Mastodon, known as a server, with rules and regulations that apply only to that version. The people who use that version are in charge of enforcing them. 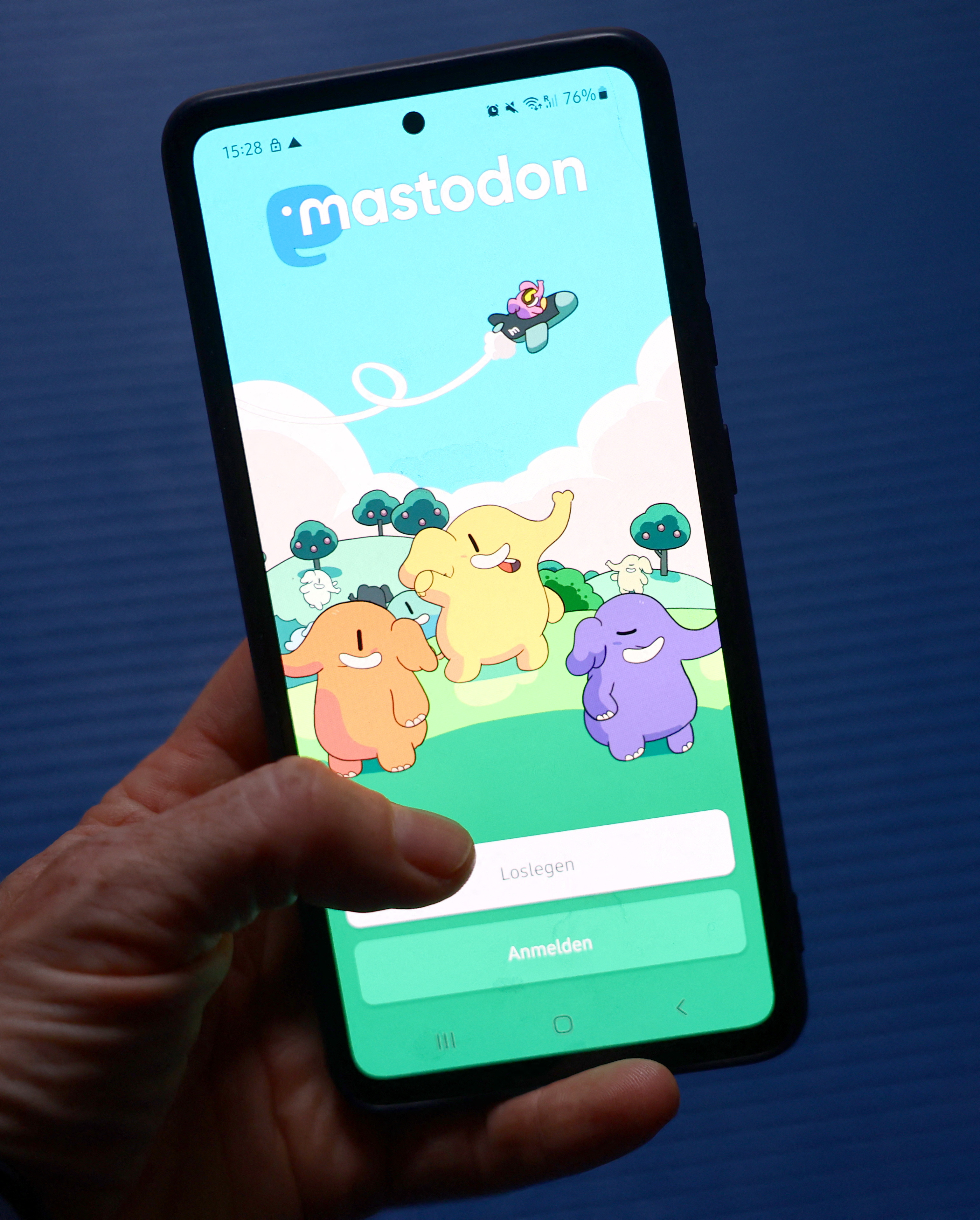 The start of the Mastodon app (Reuters)

The way Mastodon works has caused problems. Right-wing social networks Gab and Truth Social have taken advantage of Mastodon’s code, which the company objected to. Mastodon has recognized that being free and open source means giving up the ability to choose who gets to use it.

Mastodon can be used in a web browser or through its iPhone and Android apps. At least 20 third-party apps have also been developed to access Mastodon.

Twitter is a unique social network, that is, people create an account and share content only there. Mastodon is what is known as a federated platformthat is, a collection of social networks —or servers— which are connected to each other but are owned by different people or groups.

Mastodon is part of the Fediverseor federated universe, a group of federated platforms that share communication protocols.

Unlike Twitter, Mastodon features the posts in chronological orderinstead of being based on an algorithm. It also has no ads; Mastodon operates largely through crowdfunding. Most servers run on resources from the people who use them. The servers Mastodon oversees—Mastodon Social and Mastodon Online—are funded through Patreon, a membership and subscription service platform often used by content creators.

Although Mastodon visually resembles Twitter, its UX is more like Discorda chatting and texting app where people also join servers that have their own cultures and rules.

Unlike Twitter and Discord, Mastodon does not have the ability to force anything on its users or the people who create the servers. That includes setting content moderation or rules about which posts are kept and which are removed. 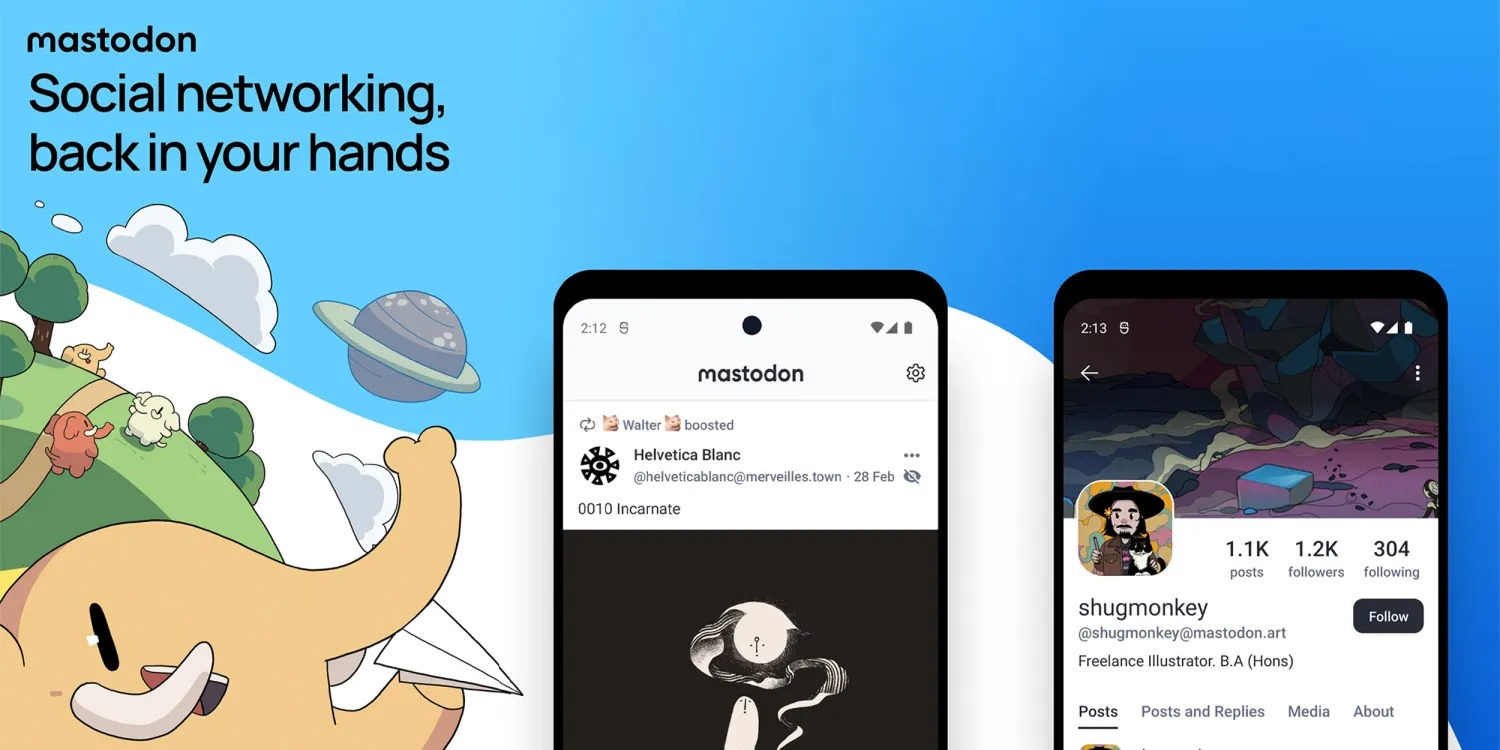 But servers can dictate how they interact with each other or if they interact in a shared flow of messages. For example, when Gab used Mastodon’s code, Mastodon Social and other independent servers blocked Gab’s server, so Gab’s posts would not appear on the channels of people using those servers.

How to join Mastodon?

To sign up for Mastodon, you need to sign up for an account on a server. That website will be the home of your account, profile, and channel. Some websites allow immediate registration, while others require approval or invitation. There are at least 4000 independent servers, based on fediverse.party calculations. Many servers are themed, from one for “every raver in the universe” to one for the UK.

Like an email account, the username includes the name of the server. For example, a possible username on Mastodon Social would be [email protected] Regardless of the server where you sign up, you can interact with people who use other Mastodon servers or you can switch to another. Once you sign up and get an account, you can post toots, which are Mastodon’s version of the tweets. You can also boost other people’s toots, the equivalent of a retweet.

Setting up your own server is more complicated. You have to host it yourself, which requires a website, a virtual computer system connected to the internet, and an email provider. Your computer also needs to install some security protocols and programming languages. Once you have them, you can download the Mastodon code. There are providers that are dedicated to hosting and running Mastodon servers. The company also has detailed instructions for those interested in setting up their own server, which is not required to join or use Mastodon.

What would anime characters look like at the 2022 World Cup?

How many Black Panthers are there in Marvel?