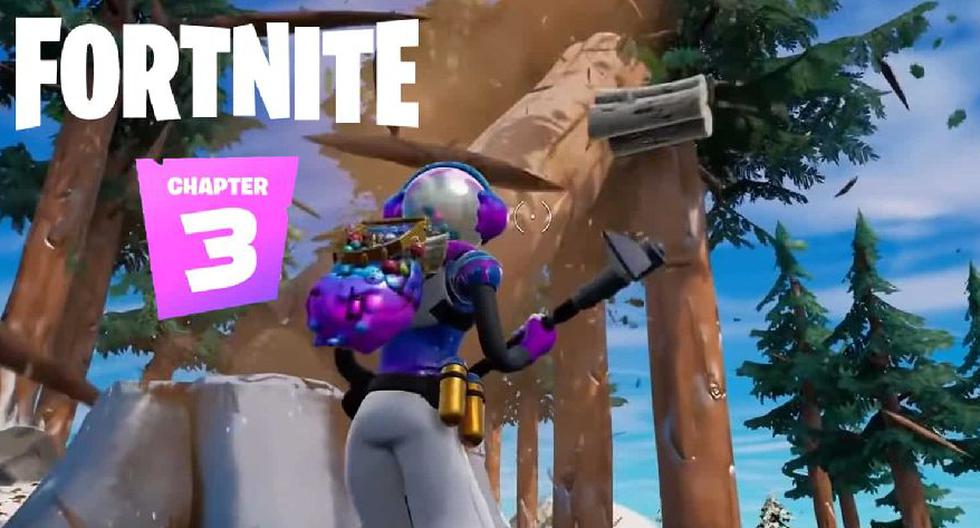 The players of Fortnite have already discovered that certain trees will fall if broken. If they are harvested, shot, or broken in any other way, they will fall off. This only applies to certain trees, most of which are in the snow-covered parts of the map. It can be a very useful mechanic for players, and it can also be dangerous for others fighting in the woods.

Many players have used this to their advantage, but someone has discovered the secret trees feature by accident.

Can you get banned in Fortnite Chapter 3 for playing rooms only against bots?

A player of Fortnite encountered an enemy collecting materials near one of the trees and shot him twice, causing him to fall. However, instead of falling in either direction, it fell directly towards the player, dealing 100 damage and eliminating them.

This indicates that the trees could be pointed towards the players if they fell and this has been confirmed to be the case. When a tree is knocked over near a player, it will fall towards him.

This makes those plays a little less impressive, but it also gives players Fortnite a new tactic to try. Now that it is becoming common knowledge that trees are falling towards players, many players will try to eliminate their opponents in that situation.

The leaker HYPEX has revealed a first look at the map of Fortnite Chapter 3 no snow in Fortnite and many new points of interest are expected to emerge. The leaker has also provided a release date for the new map: January 7, 2022.

HYPEX has also leaked that Imagined order He will return to the island, which is currently under the control of the Seven and the IO plans to return and attempt to take control. There are already leaks revealing prominent IO Drills emerging from the ground in preparation for some future event.

What do you think about the Fortnite secret trees feature ? Let us know in the comments.

Advertisement. Scroll to continue reading.
In this article:feature, Fortnite, games