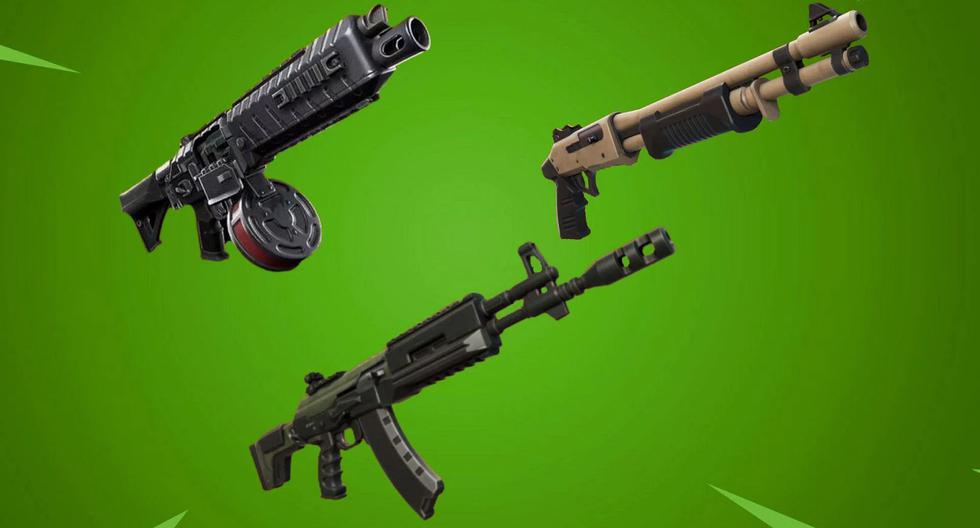 Players have access to a wide range of weapons in Fortnite. Some are more powerful than others, but that’s something Epic Games has been addressing with nerfs in every update. That’s how we put together a ranking of the weapons that were ruined by the Battle Royale’s constant tweaks.

Let’s start with one of the weapons that generated least expectations in the community of Fortnite. The Suppressed SMG it had a controlled and precise spray, along with an incredibly fast rate of fire. The problem is that the weapon ended up breaking the video game. In response, the devs reduced the damage so accuracy and rate of fire aren’t as fatal.

the sniper rifle Bolt Action ceased to be able to liquidate the rivals of Fortnite single-shot, something that made the weapon popular and useful on social media. Clearly, with low damage and a slow rate of fire, Bolt-Action is currently essentially useless in games.

Then comes the Tactical Shotgunwhich became one of the community’s favorite weapons when it first came to Fortnite. It’s rare for a shotgun to be this popular, but its damage and rate of fire improvements were enough to grab players’ attention. Unfortunately, good things don’t last long, as Epic Games ruined the shotgun with nerfs.

Lastly, we have the Pump Shotgun. It is one of the most nostalgic weapons in the game and players always enjoy using the shotgun in matches. Sadly, this weapon was also ruined when Epic Games went head-to-head with the one-shot kill meta. Even the legendary version can no longer finish enemies with a single shot.