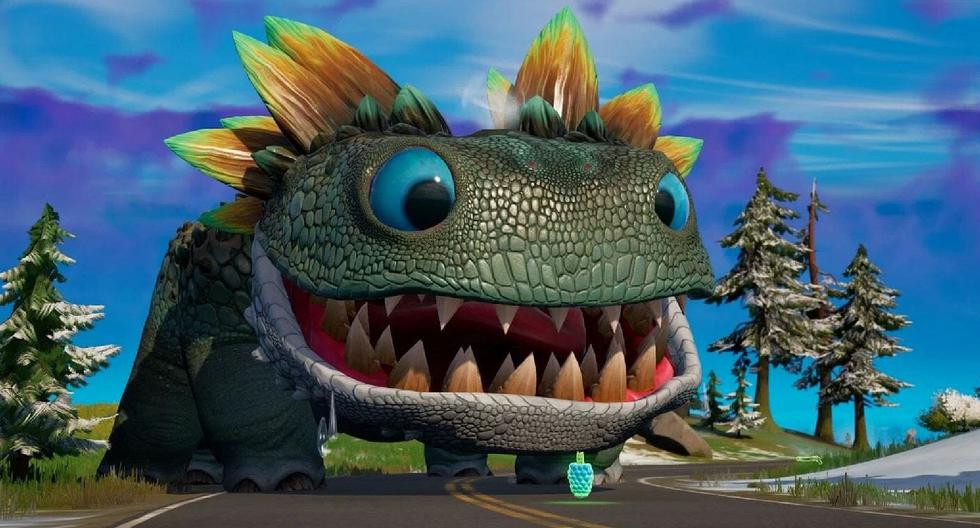 Long live Klombo. The dinosaur of Fortnite Chapter 3 will not return for Season 3, since the developers chose to extinguish it… just as it happened with the real world dinosaurs, but this time not because of an asteroid but because of the war waged on the island. from EpicGames.

The popular filter HYPEX shared on his social networks the game files that include a skull of Klombo. This means that the lovable beast is dead and may never be seen in games again. The fossilized remains of the creatures will certainly be an intense experience for the players.

feed with klomberries Checking out the adorable dinosaurs on the map and getting some high-tier loot were some of the best experiences players had in Chapter 3 Season 1. Unfortunately, the fun rides with Klombos were short-lived as the creatures disappeared entirely.

Players have desperately asked Epic Games to bring the creatures back, but it seems the developers have other plans. However, all is not lost for those who enjoyed Klombo’s company in Fortnite.

HYPEX previously leaked that Epic Games could make Klombos killable. Therefore, the skulls can appear after players successfully kill the adorable creatures. There is no other option but to wait for the development of the plot in case someone thinks of bringing the dinosaur back.

FORTNITE | How to break down armored walls

Armored walls were introduced in Fortnite in Chapter 2 – Season 8 and are the most effective at protecting you from enemy fire, recovering, or regrouping with your own. They have 2500 health, so they seem impenetrable, but there is something you can do to hit the bullseye despite the obstacle.