Doctor Strange has arrived at Fortnite, the Battle Royale developed by Epic Games. The Marvel superhero used the Sling Ring to appear on the island and help the loopers. We tell you how you can unlock it for Chapter 3 Season 2.

Fortnite is no stranger to characters from other franchises. Every season since Chapter 2 Season 2, Epic Games have introduced one or two characters for the Battle Pass.

Even more, Fortnite has begun to collaborate frequently with Marvel. With each new Marvel movie, players can expect to see a skin in Fortnite related to the premieres. 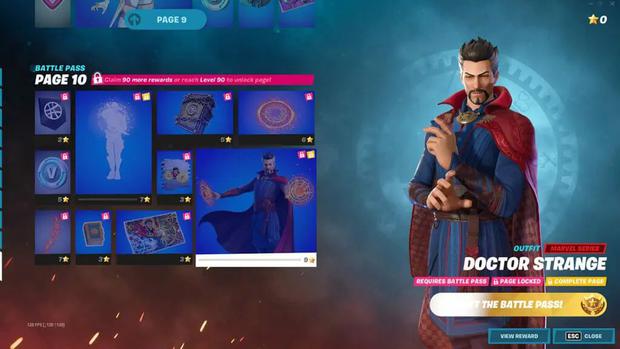 Strange in the Battle Pass

Season 2 is no different, as the mystical Doctor Strange is part of the Battle Pass. This is how you can unlock the Doctor and use it in Fortnite.

Doctor Strange is the skin of the level 100 battle pass in Season 2. Additionally, Strange has seven other cosmetic items that players of Fortnite can unlock before the premiere. These include the Back Bling, a glider, an emote, and the customizable pickaxe. omnisword.

The interesting thing about this last article is not only its appearance, but they will unlock weekly missions that will give you omnichips to exchange them for swords, guards, colors and sounds.

Tips for having successful searches on Google, Bing and Duck Duck Go