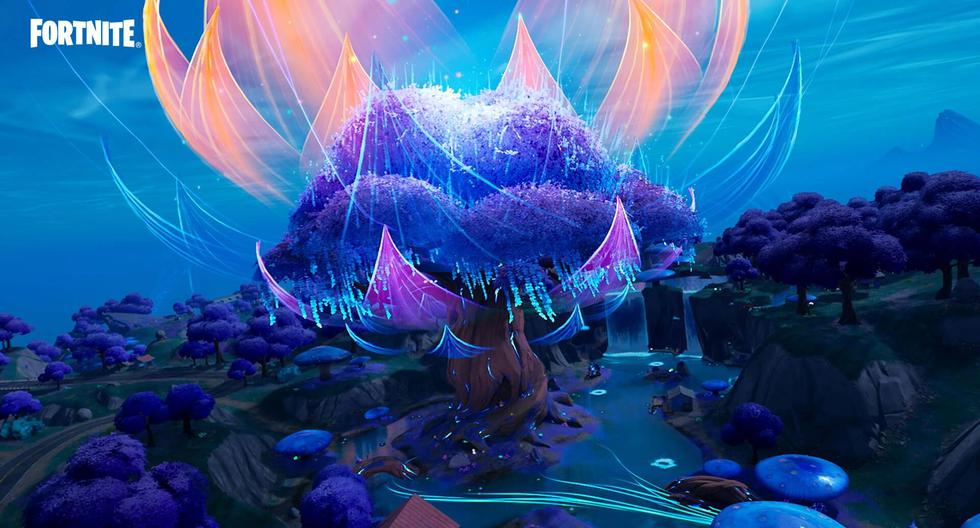 Fortnite Chapter 3 – Season 3 is now available on all servers. The community has noticed that the MK-Seven Assault Rifle, Ranger Shotgun, Drum Shotgun and more have been dropped in favour of new weapons. Only a few remain from last season, such as the heavy sniper rifle and the automatic shotgun.

The first step to getting any mythic weapon is to land on reality falls. There, players can find purple flowers that need to be destroyed. Once destroyed, they drop seeds that can be planted by throwing them.

The seed will start to grow into a plant, but players won’t be able to harvest it until the next match at the same location. Fortnite. When they visit that location again, the plant will bear a rare fruit.

Repeating the process one more time yields three Mythic Fruits that can be collected and will drop weapons. On the map, there is a timer that tells players how long to wait until they can collect.

It’s a long process and can take multiple playthroughs, but this is how you can get mythic weapons in Fortnite Episode 3 – Season 3.

We leave you a video tutorial so you can do the same in your games of Fortnite.

FORTNITE | How to break down armored walls

Armored walls were introduced in Fortnite in Chapter 2 – Season 8 and are the most effective at protecting you from enemy fire, recovering, or regrouping with your own. They have 2500 health, so they seem impenetrable, but there is something you can do to hit the bullseye despite the obstacle.