No doubt, the movie Fight Club is one of David Fincher’s great classics🇧🇷 Currently considered one of the best films in cinema, the adaptation celebrated 22 years since its release and, to this day, continues to win over moviegoers around the world.

The film is mostly known for its impactful ending. However, what you might not know is that the director had left hints of what this plot twist would be throughout the entire plot!

Check out 7 easter eggs you missed in Fight Club

In the scene where the narrator, played by Edward Norton, is in the support group whose objective is to help him sleep better, Tyler, played by Brad Pitt, appears with his hands on the shoulders of one of the members of this group. I mean, he was there the whole time! 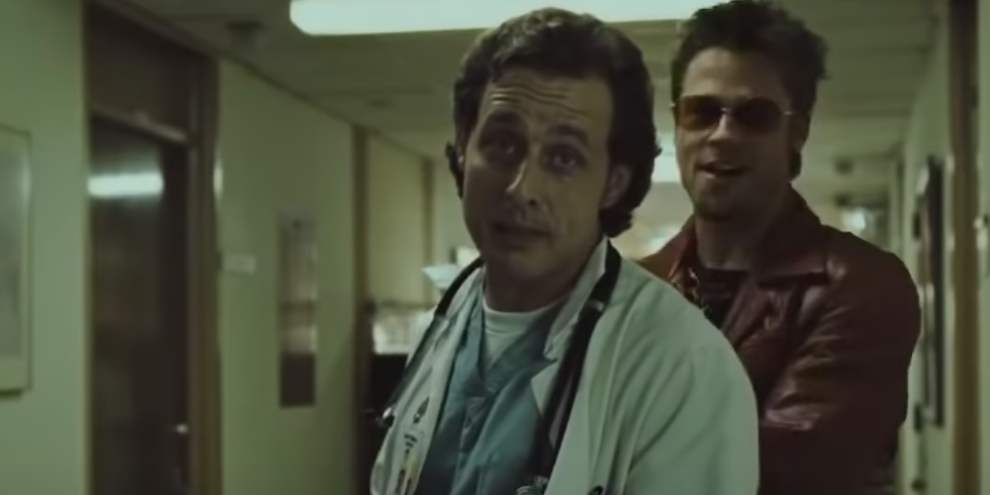 Also, another scene where Tyler appears very quickly in the movie happens when the Narrator goes to the hospital after getting tired of his sleep problems. O alter ego is right behind a doctor and if you don’t pay close attention it’s quite difficult to spot him in the scene. 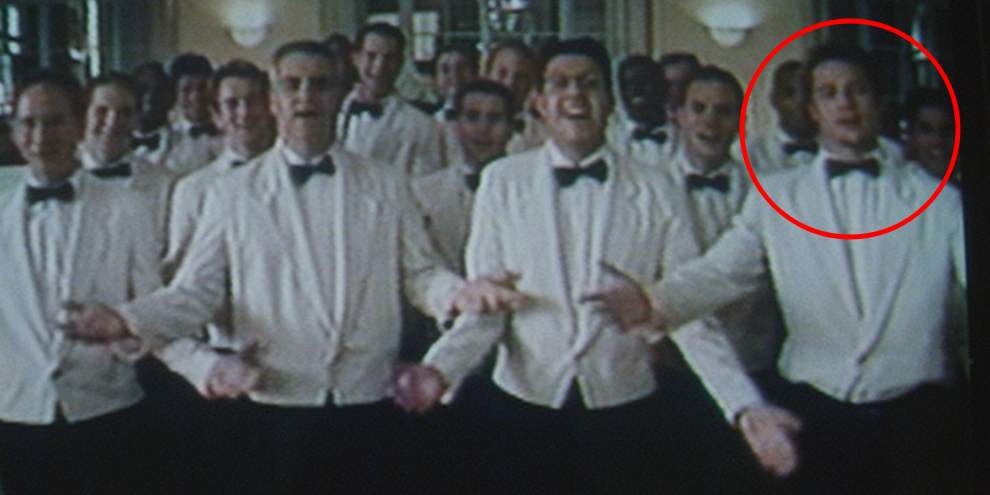 Proving that Tyler was always with the Narrator and his unconscious saw him in the most varied places, Brad Pitt’s character also appears camouflaged among the employees of a hotel portrayed in a television commercial. 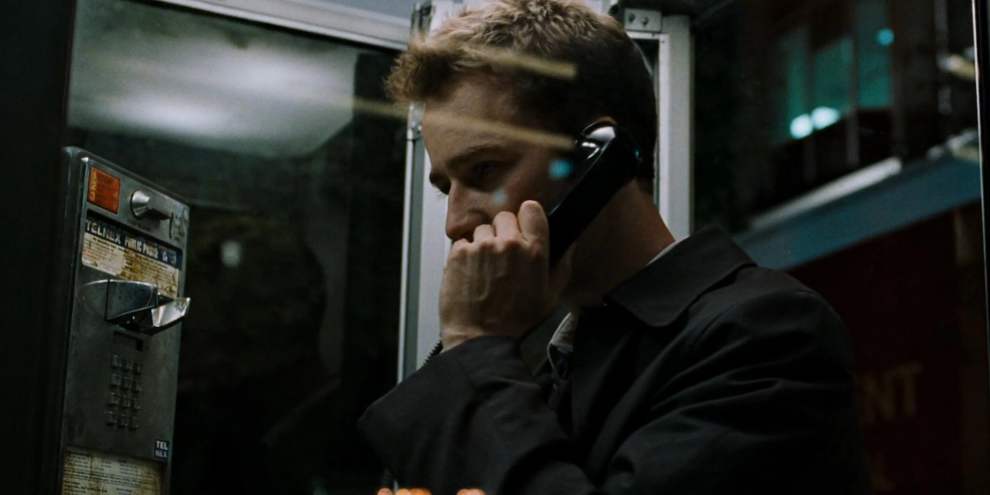 When the Narrator discovers that his house has been destroyed, he decides to call Durden from a pay phone. He doesn’t answer the outgoing call, but calls back to the pay phone. The problem is that this same payphone has a sticker that says “No incoming calls”. So Tyler couldn’t call this number back, proving it never existed. 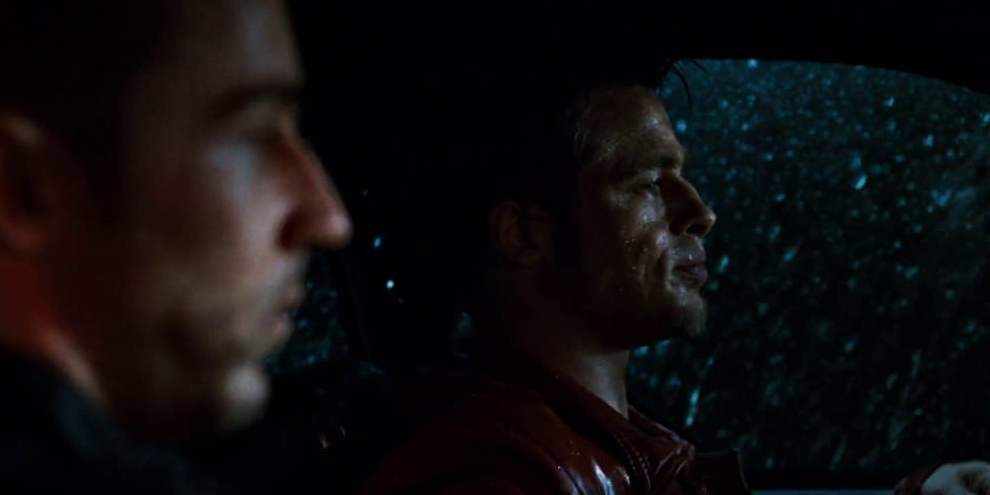 Another proof that Tyler never existed is seen when he causes a car accident on purpose. After all, he wants to teach the Storyteller not to value his existence so much and to be less neurotic.

However, shortly after the accident, the soap salesman appears saving his friend who was sitting in the driver’s seat – that is, he was the one driving the car the whole time. Therefore, Tyler’s valuable lesson was once again created by the Storyteller’s mind.

In one of the Storyteller’s most paranoid moments, as always caused by his insistent insomnia, he is walking the streets. When he looks back, he sees Tyler smoking in his red jacket. Once again, proving that the two were always one. 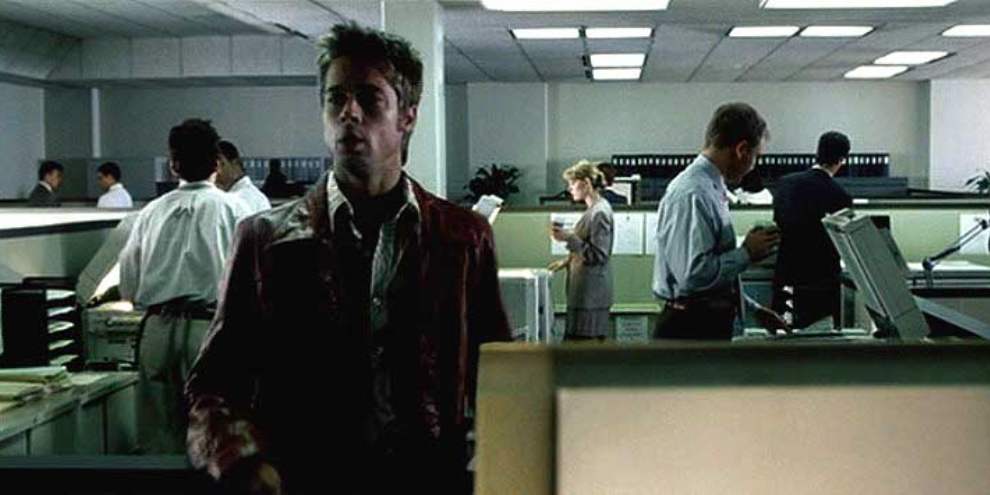 Last but not least, it’s also possible to see Tyler in the office where the Narrator works – and anyone who’s watched the movie knows well that Tyler’s nature would never lead him to an office.

This is also a very quick flash, but it contributes to the easter eggs that indicated the end of the movie throughout the entire plot!

So, did you like to know more about Fight Club🇧🇷 In order not to miss any details of what happens in the world of series, movies and anime, keep following the portal. Also, take the opportunity to share the article on social media!

WhatsApp will have Do Not Disturb function for calls