FIFA 22 Team of the Week: Marquinhos leads the Ultimate Team

New letters are coming to FIFA 22! The FIFA dates are approaching, while in Europe the Spanish and Italian Super League are played. EA Sports has had to manage to put together a standout squad with cards that all gamers want in Ultimate Team.

In this batch of cards, you will find Marquinhos with his best average so far this season: 89. He has 83 pace, 79 passing, 78 dribbling, 91 defense and 84 physical. Undoubtedly one of the best centers in Ligue 1 in France.

On the other hand, if you have a squad from Serie A in Italy, you might be interested in Bastoni with an average of 87. Go up to 88 defense and 87 physique. In the case of the Italian league, Theo Hernández has been given the opportunity, who also rises to 87 on average. 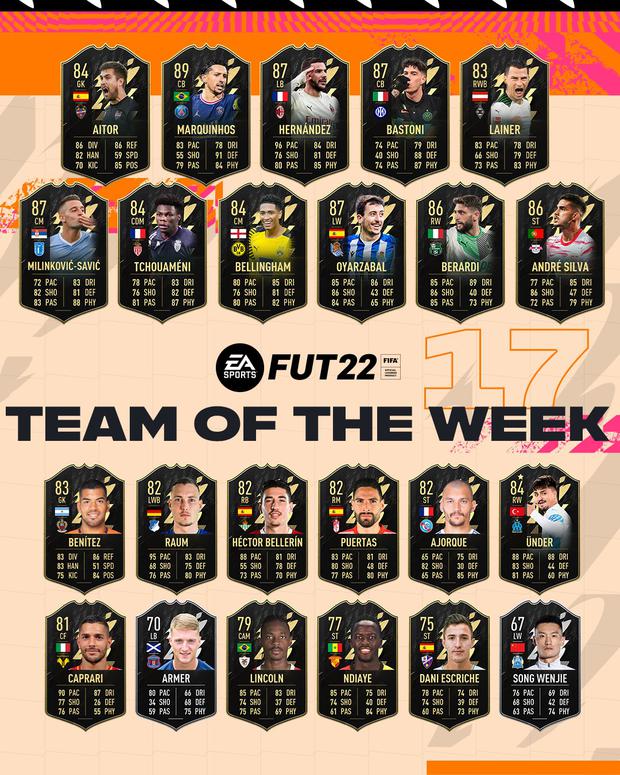 FIFA 22 Team of the Week

All of these cards are now available in the FUT game mode and will be the rewards for the next FUT Champions. The latter is the online competition in which all gamers who have reached the classification can participate.

The FIFA 22 football simulator is available on all consoles: PS4, PS5, Xbox One, Xbox Series X, Nintendo Switch, and PC. Unlike the competition, eFootball (PES 2022), still maintains its paid business model. The base edition retails for $ 60.

EA Sports has apologized for the recent FIFA 22 hacking incidents and given an update on how they aim to improve account security.

In a statement, the publisher explained how the accounts were hacked, confirming prior claims that the hackers were using EA’s live chat.